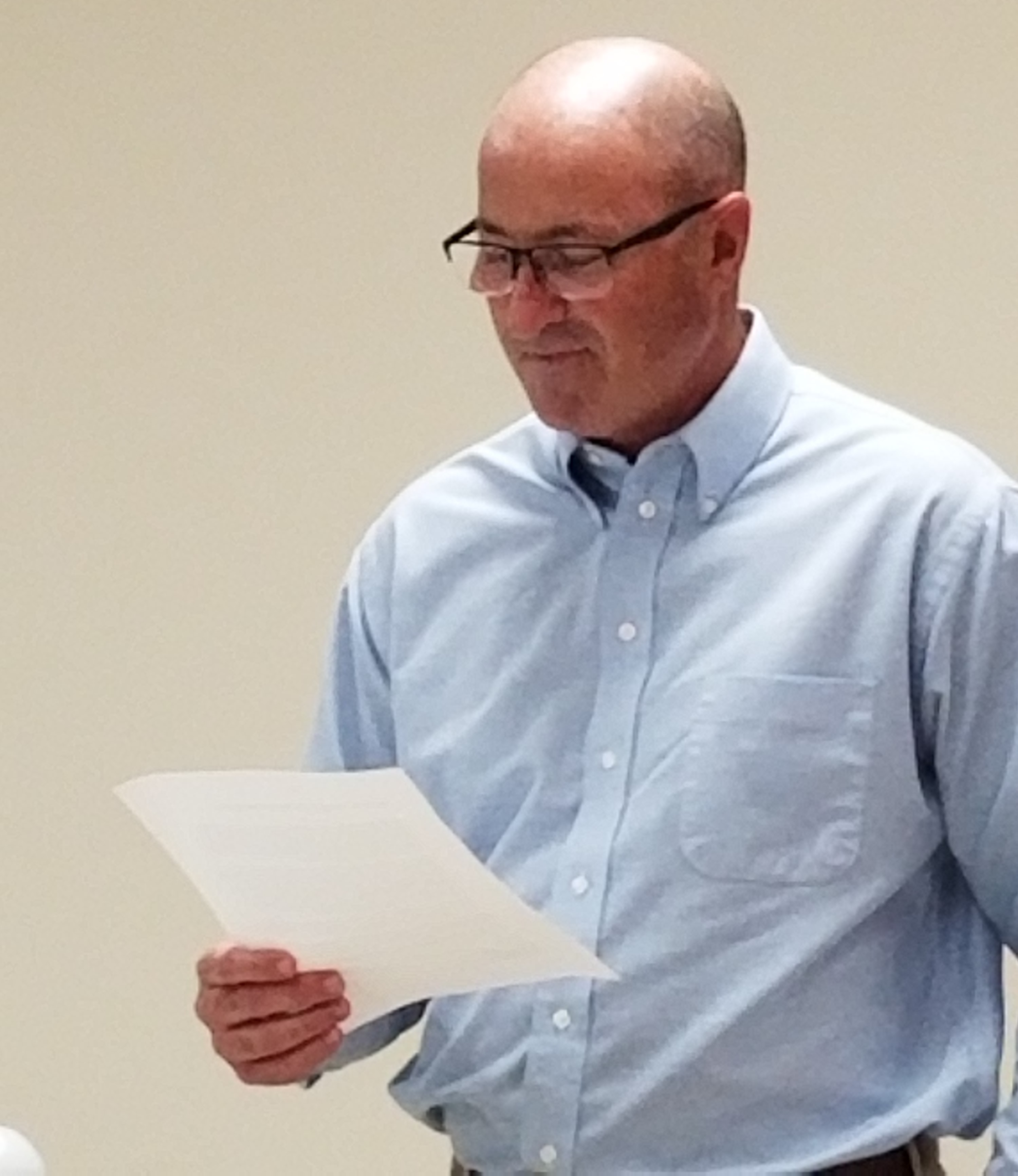 JACKSBORO, TN (WLAF) – Last night was an emotional meeting for the Jacksboro Board of Mayor and Aldermen. Jacksboro Chief of Police Danny Chapman (above) retired after serving 22 years as chief with a three decade long career in law enforcement.    Chapman was emotional as he read his resignation/retirement letter thanking those who he had served with and thanking the town for allowing him to serve them. 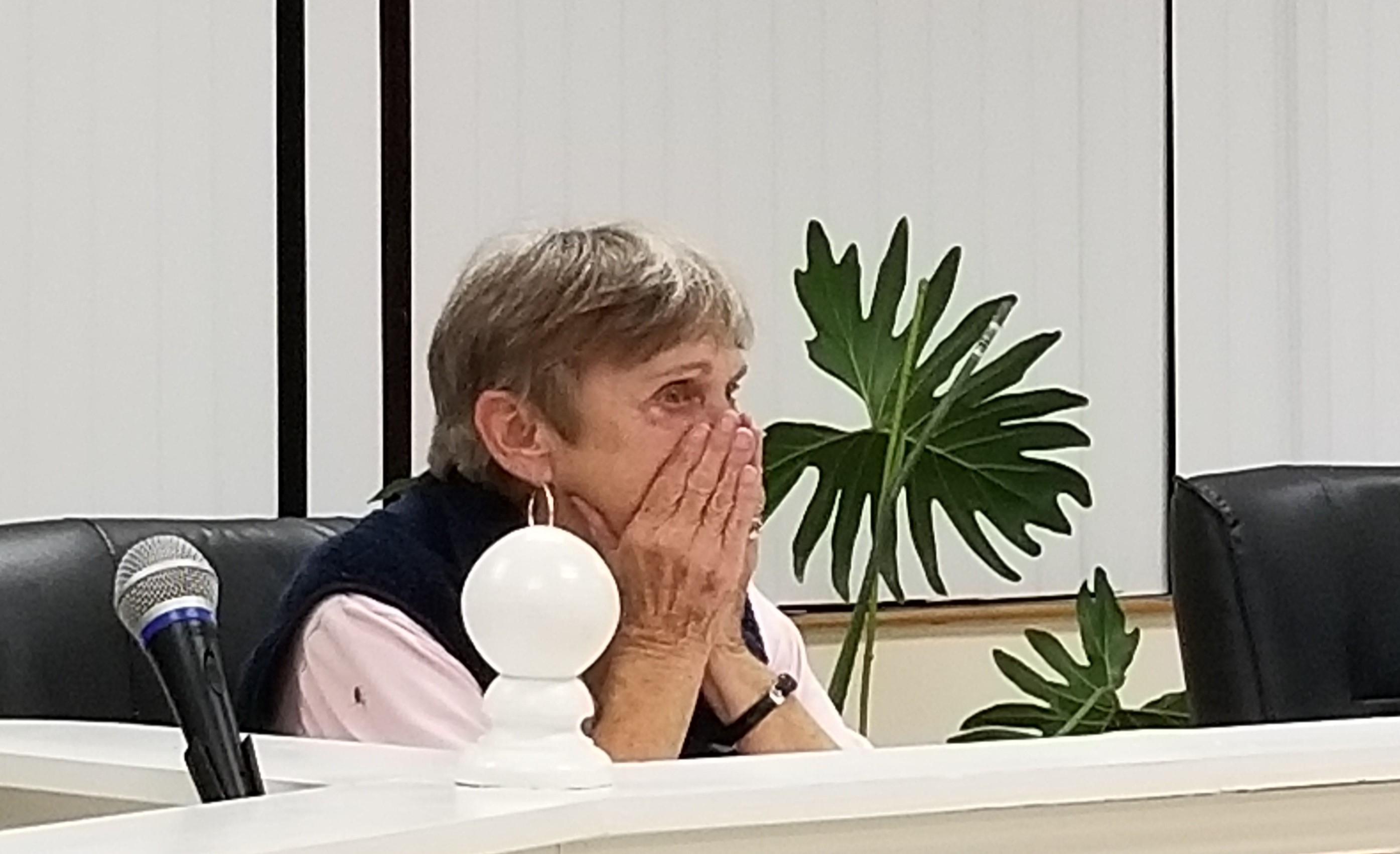 Mayor June Forstner cried as Chapman read his letter. At the conclusion of the letter reading, Forstner (above) requested the town let Chapman have his badge and gun in appreciation of his service to the town, all members agreed.

Chapman was a driving force with Shop with a Cop in memory of his best friend late JPD Detective Mike Starrett. 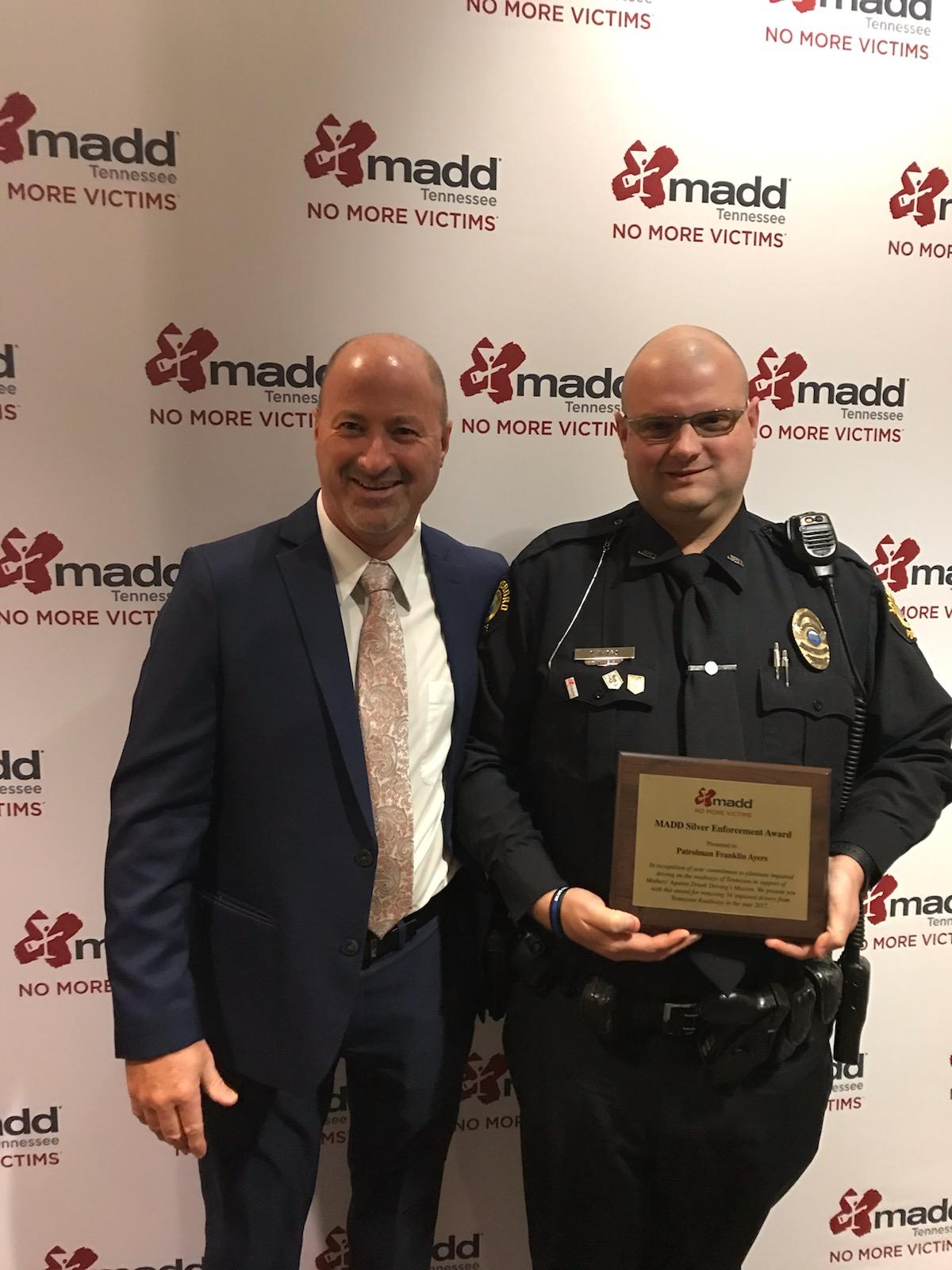 Chapman (left) with JPD Officer Franklin Ayers when Ayers was presented with the MADD Silver Enforcement Award in December 2018.

Immediately following resignation/retirement of Chapman, Forstner made the motion to promote JPD Detective Sgt. Cody Chapman, the son of Chief Danny Chapman, to chief at an hourly rate of $20. The motion died for lack of a second.

Terry Vance came back to the board for an update about the traffic issues at Mt. Perkins subdivision next to the Walmart. Forstner said she had contacted the state about conducting a traffic study and had not heard anything back yet.

Forstner updated the board about several issues the town has been dealing with recently. The leaf vacuum cannot be used at this time, due to mechanical issues. Monday’s garbage pick-up has been running into Tuesday, due to the volume. The mayor said the town is addressing the issues.

The second and final reading of the ordinance for updating city codes was held. Forstner said there were only two changes made to the codes. The first was the cost of a parking ticket from $5 to $25 and information about the volunteer fire department was removed, since it no longer exists.

As Forstner attempted to close the meeting, Alderman Shayne Green made a motion for the town to run an advertisement to accept applications for police chief, the motion was seconded by Jerri Starrett with all in agreement but Forstner who voted no. Green then brought up the fact the town has been deducting insurance premiums from two employees payroll for several years, and they should not have been deducting the money. Green said the town should have been paying the premiums not the employees, and they should be reimbursed. He then requested an opinion from the town’s attorney Steve Hurst, but each time Hurst attempted to speak, Green interrupted him. When Hurst was finally able to speak, he said due to the possibility of litigation the issue needed to be discussed in executive session.  (WLAF NEWS PUBLISHED – 11/08/2019-6AM)

2 Replies to “JPD Chief Danny Chapman retires; town looks for its next chief”