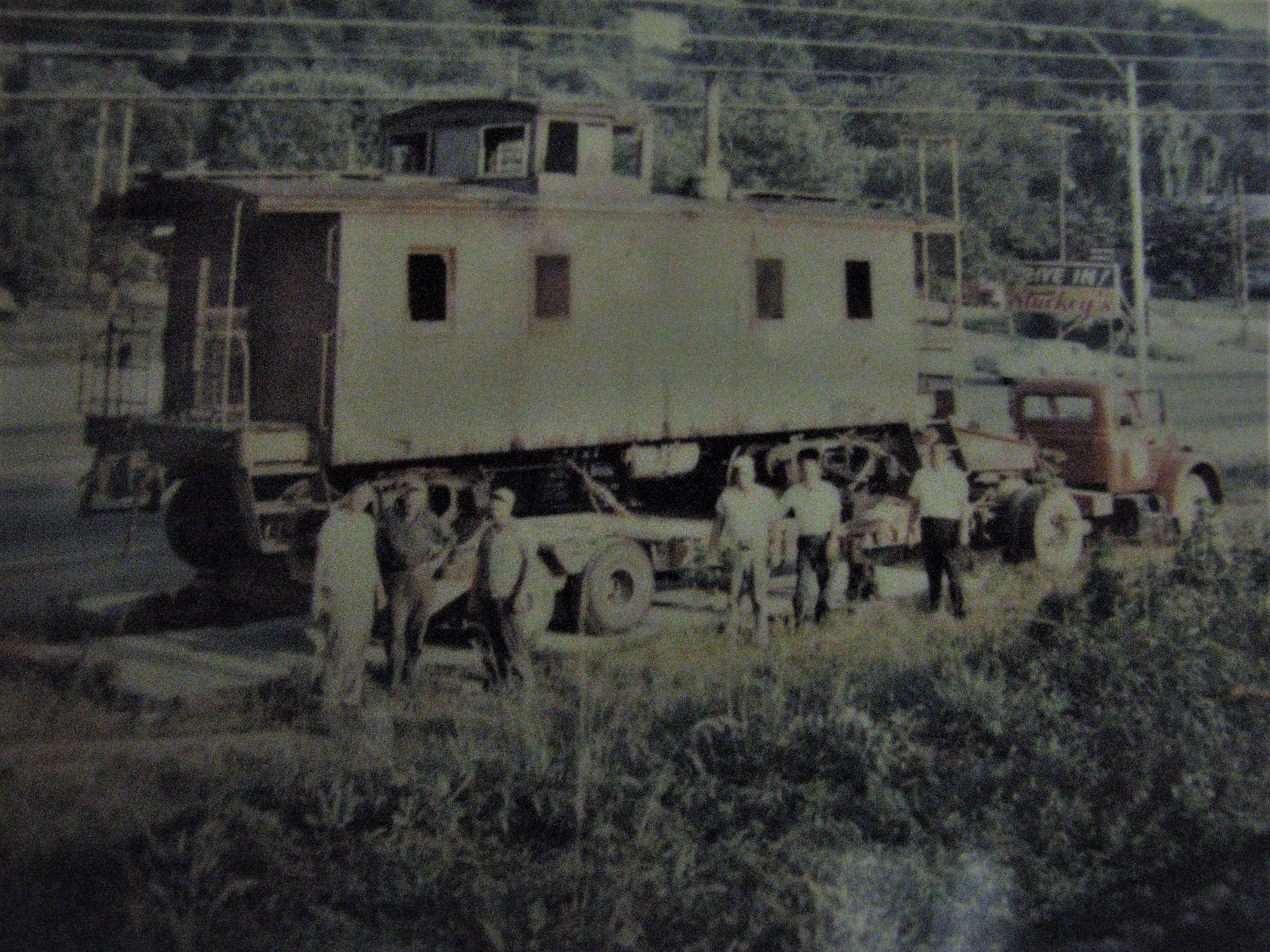 LAFOLLETTE, TN (WLAF) – About a year ago, Hack Ayers and WLAF’s Charlie Hutson, called “Junior” by Hack, dug through some photos and landed what they sought; photos of the caboose.   In the meantime, Ayers schooled Junior on Caboose History.

One of La Follette’s most well known landmarks was purchased in 1965 for $750 by Ayers from the L & N Railroad.  The L & N, standing for Louisville and Nashville, preceded the now CSX Railroad.

Ayers worked with La Follette Mayor R.C. “Curt” Alley on coming up with the prized red railroad car.  Not long after Ayers let his want be known, Alley called him up and told him his caboose was on its way.

The caboose was on the backside track at the La Follette Train Depot on North 5th Street.  Ayers was given one full day to get the caboose off the tracks before train traffic would be coming through.

Russ Shelby’s Construction Company was in charge of the move a move that did not involve a crane or any heavy equipment.  Project Manager Joe Herrell used a couple of railroad jacks, some cross ties and manpower.  Herrell’s biggest concern about the move was making the turn from North 5th Street onto West Central Avenue.  Herrell said to Ayers, “If it comes off the trailer, it will wipe out part of downtown.”

The caboose stayed on the truck until it was ready to be, unloaded.  Ayers said the project took about three days, and the move went without any problems. 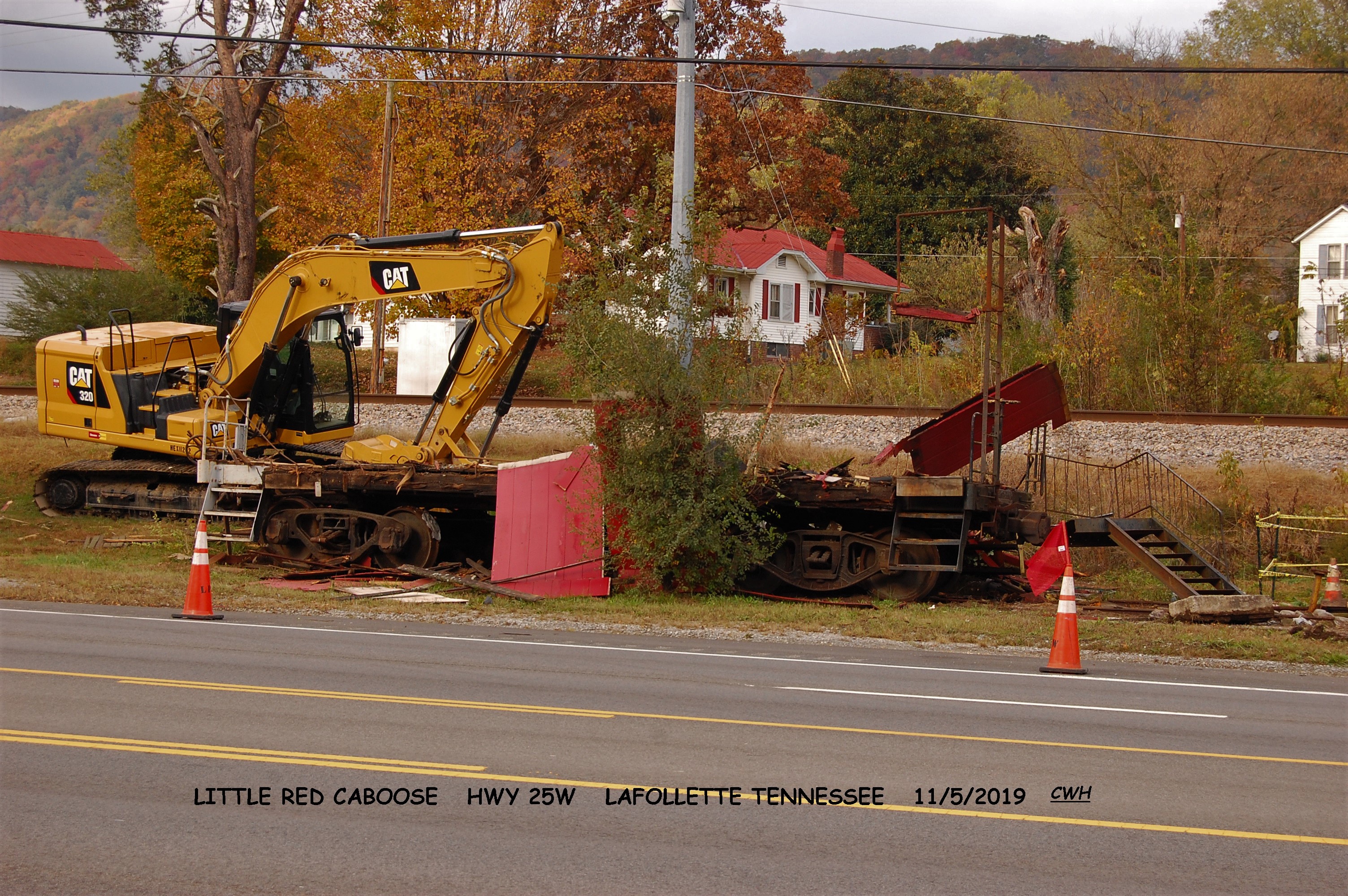 The caboose that took three days to set in place was torn down in less than three hours this past Tuesday.