Volunteers put the finishing touches on the maze of food that was distributed Saturday morning in the La Follette Church of God Gym.

LAFOLLETTE, TN (WLAF) – It was dark, cold and very early on Saturday morning when the first cars began arriving at the La Follette Church of God.  Inside those cars were folks with empty stomachs and hearts filled with hope; the hope of leaving the church grounds with enough food to last them for a few days, maybe even a week or two.  Jeannie Wallace was in the crowd that swelled to a few hundred people before the morning was out.

Though the need for food was the common thread, different but somewhat similar circumstances factored in as well.  Wallace’s story was no exception. 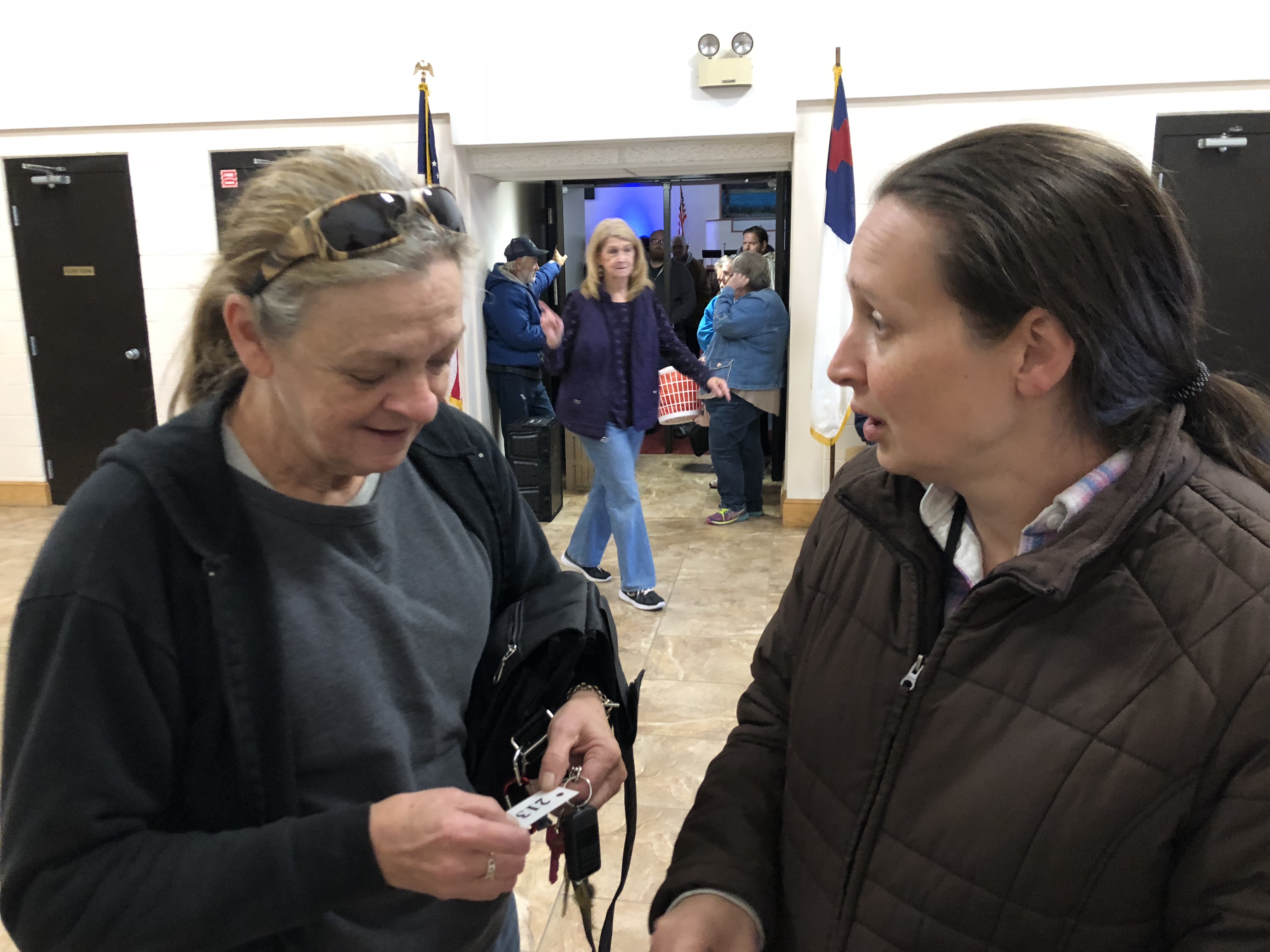 Jeannie Wallace (left) holds ticket number 213; her ticket to food at Saturday’s Food Give-a-way at the La Follette Church of God.  Wallace’s daughter Crystal West (right) is with her at the event.

Jeannie Wallace said, “If you ever think that miracles don’t happen, just think of me, ’cause I’m four times over.”  The well spoken mother, grandmother and great grandmother went on to say that she was run over by a Mack truck, is a two-time cancer survivor and wasn’t supposed to live through last year. “The last year’s been real hard on me.  Last September (2018), I was fine one minute and then in the back of an ambulance in the next.  I was on life support for the next 12 days,” said Wallace.

Once out of the hospital, Wallace lost her son James in late October.  The 41-year- old young man died from lung cancer.

In early December, her husband, Dana, also known as Buckwheat, passed away.  “With his death went more than half of our income.  Then our landlord decided to sell the home where we lived, and I had to come up with money to move,” she said. Crystal West (left) had never been to a free food give-a-way.  She was there Saturday because up until a few months ago, her husband was working.  She said, “This event is immensely important to me, because I have six kids and we’ve been struggling for a couple of months.”

When asked what this day meant to her beyond food, she paused and said in deliberate fashion, “It renews my faith in man kind.”  The woman from Jacksboro took her thoughts one step further saying, “There are still people out there that are willing to give of themselves and be the Christians God wanted them to be.”

Second Harvest Food Bank of East Tennessee spearheaded Saturday’s event by delivering a truck load of food to La Follette.  Rhea Kenney with Second Harvest was in attendance and expressed her appreciation to all the volunteers and donors who made the event possible.  Kenney said that there will likely be another such event once the weather begins warming next year. 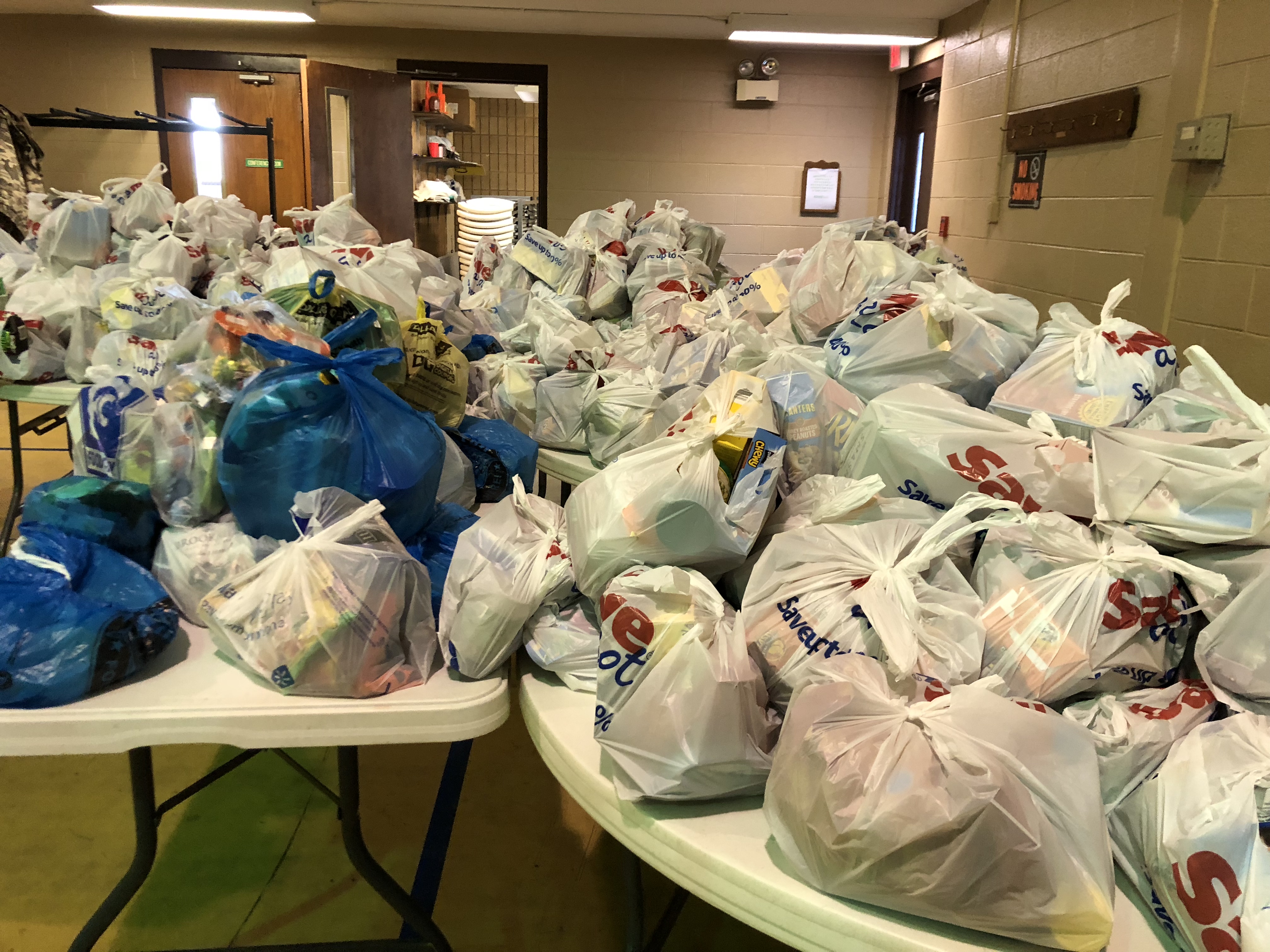 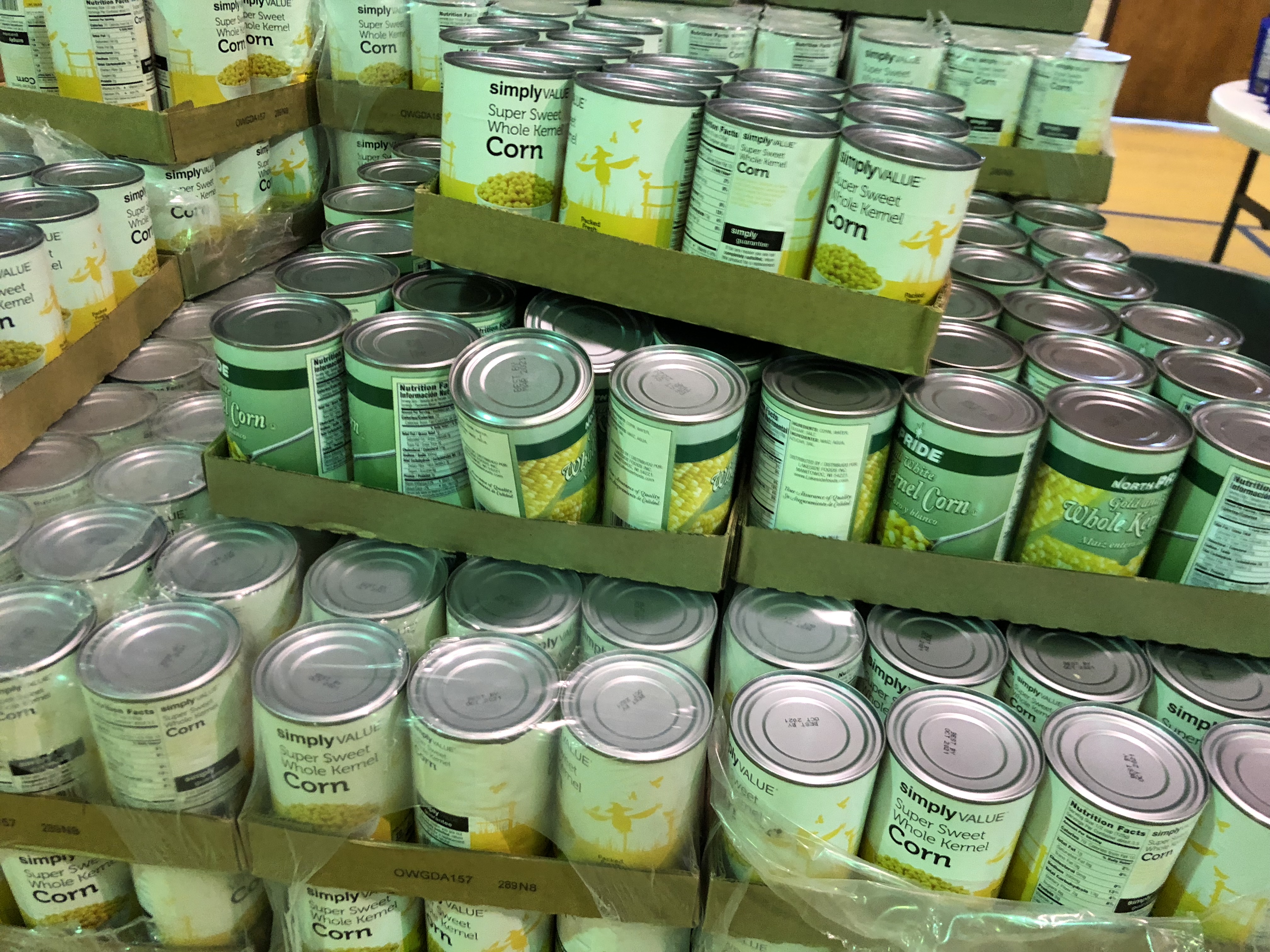 Food was boxed, bagged and stacked all around the La Follette Church of God Gym.  More than 300 people were served. Jeannie Wallace (left) smiled through her tears of sadness, joy and hope as her daughter Crystal West (right) looks on.