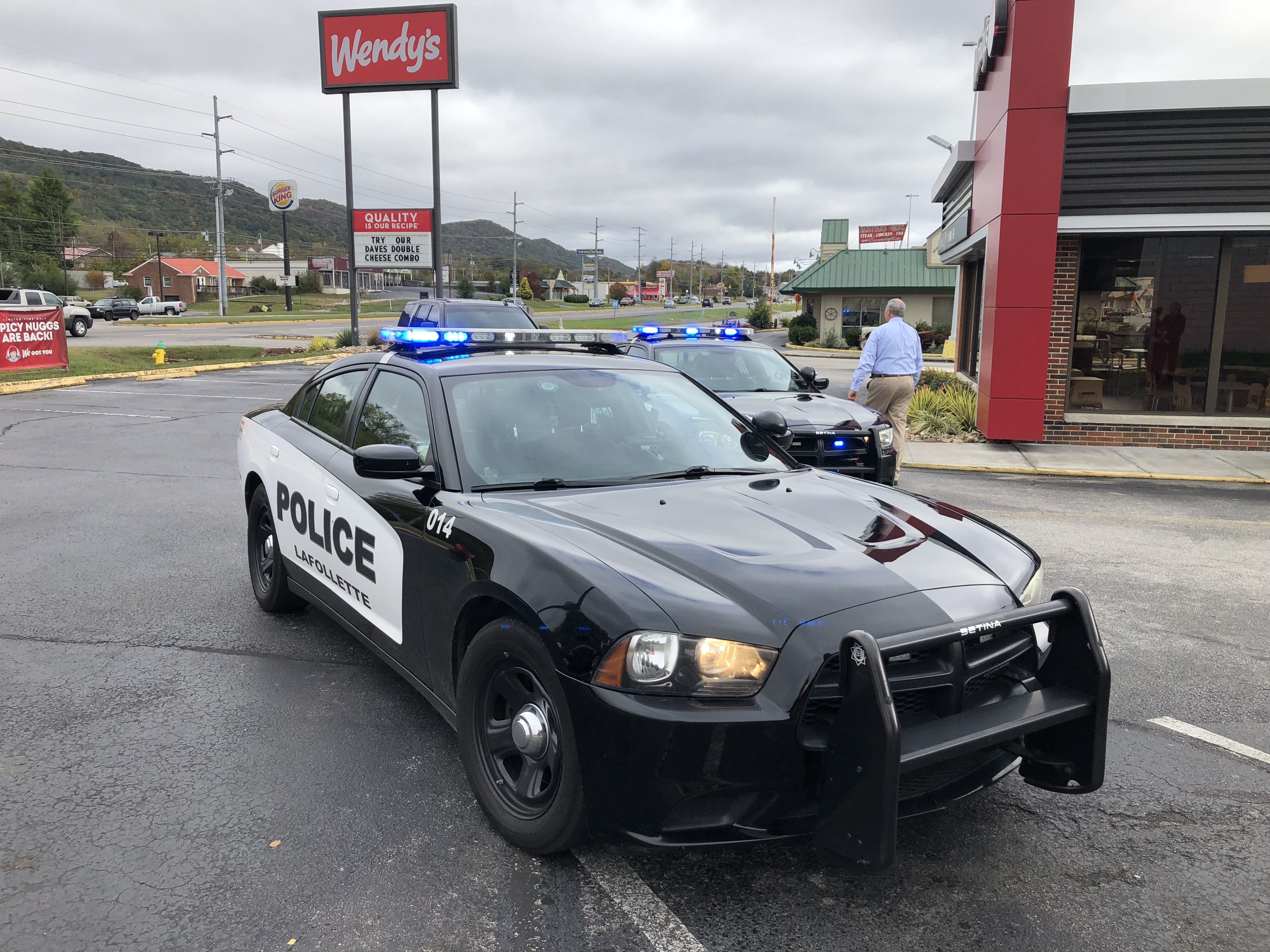 La Follette Chief of Police Bill Roehl walks back to his vehicle Sunday morning after checking on his officers making a traffic stop.  The chief was on his way to the First Baptist Church First Responders and Veterans Ceremony.

LAFOLLETTE, TN (WLAF) – “I’ve been in the ministry for 43 years, and this is the first church I’ve been where they have a service to recognize First Responders and Veterans, and I think that’s great,” said Dennis King.  King is the pastor at the First Baptist Church of La Follette. 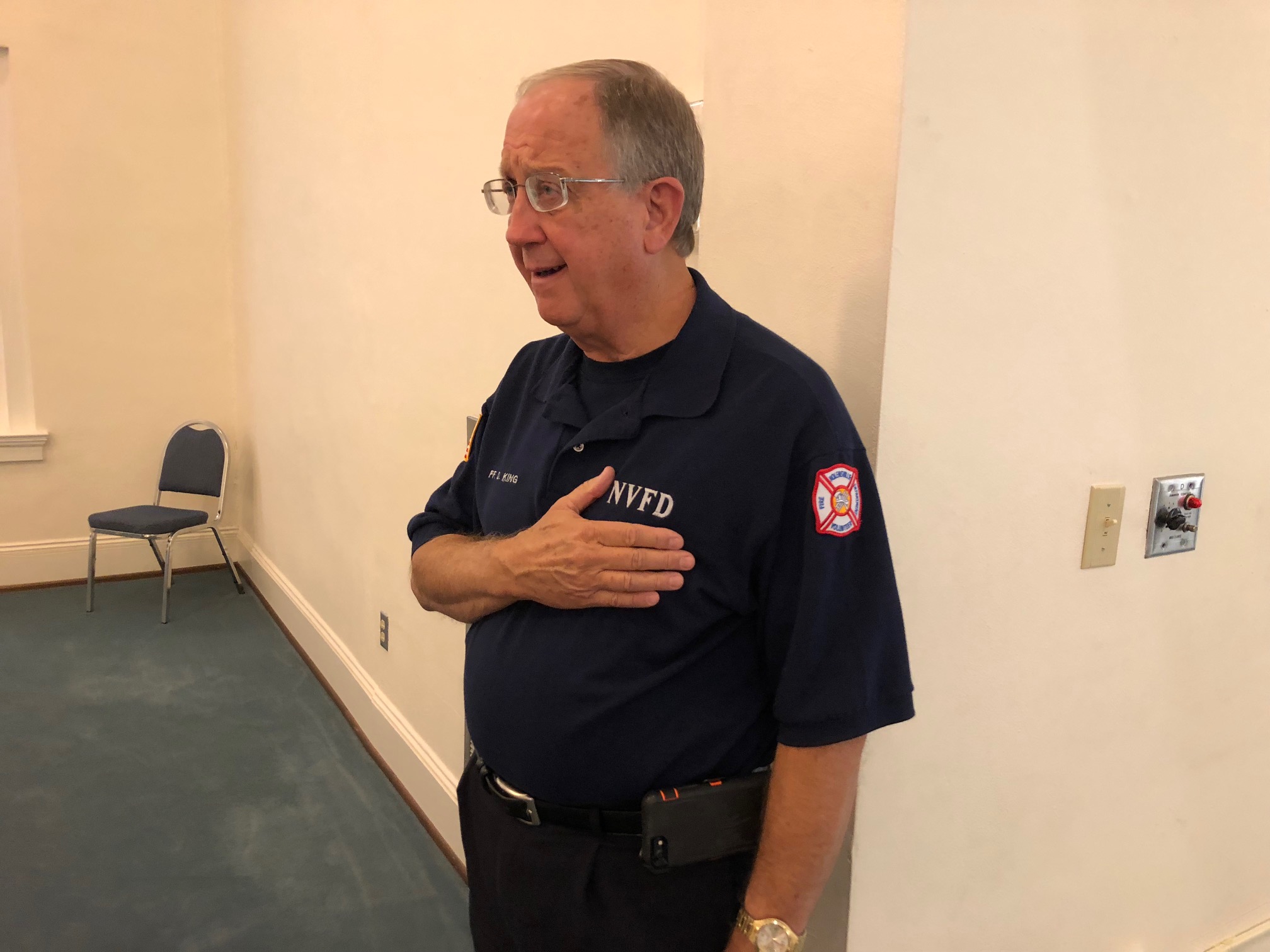 From the pulpit, he told the audience that as he was trying to decide what tie and jacket to wear to church this morning when he realized he could wear his First Responders uniform.  And he did.  King served as a  First Responder for 15 years at the Nolensville Volunteer Fire Department which is near Nashville. 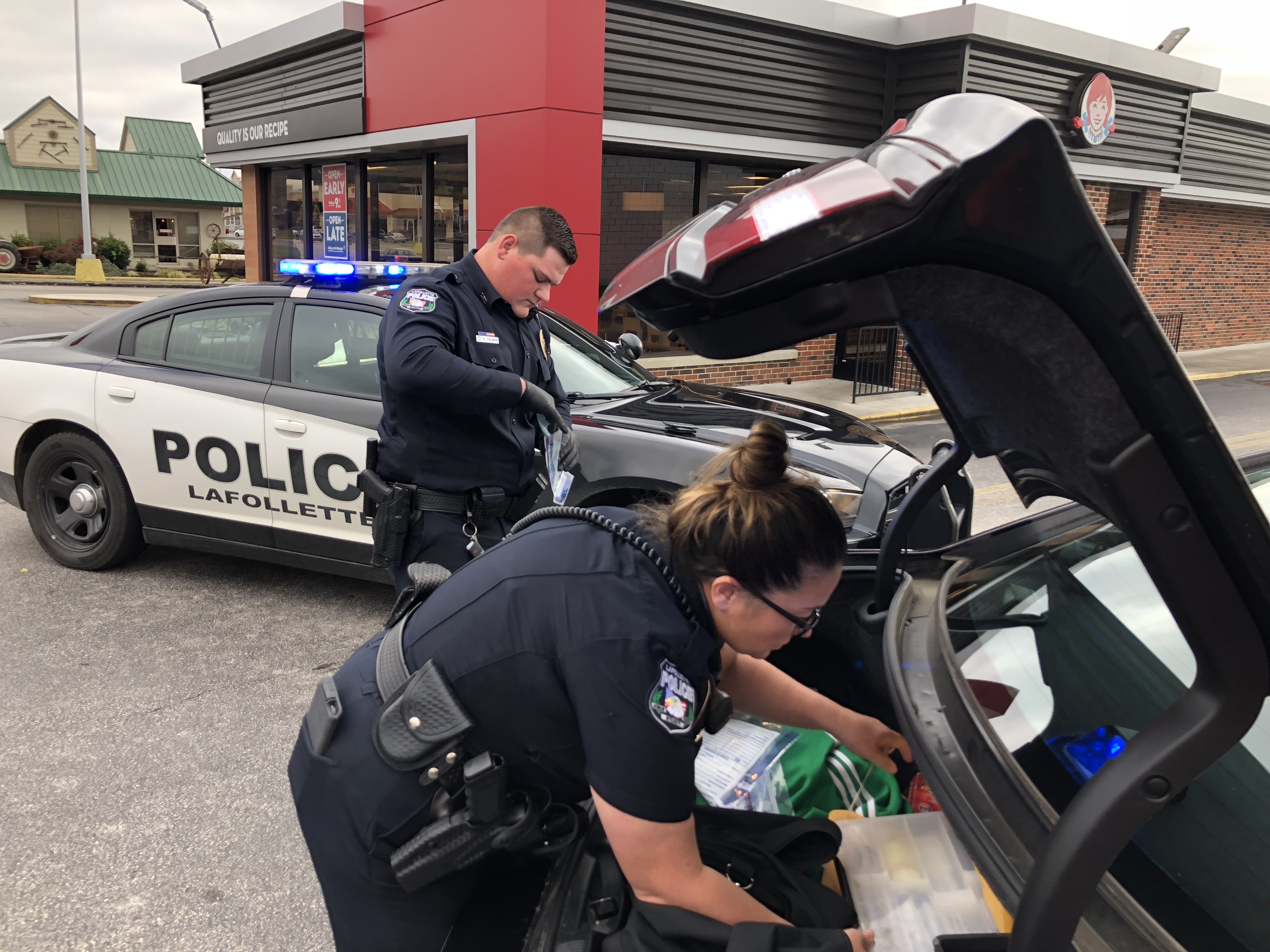 Not every first responder was able to attend the service.  La Follette Police Officers Shane Tillman and Melissa Phillips were busy on a traffic stop not long before the ceremony began on Sunday morning.  According to jail records, the officers stopped 35-year- old Rafael Vasquez of La Follette for speeding, and Vasquez was arrested for possession of a schedule II drug and for driving while suspended.

Lee Reynolds, a member of the First Baptist Church, was serving as an usher Sunday morning.  Reynolds signed up for the US Army’s Kentucky National Guard while still in high school at Williamsburg, Kentucky.  He served six-years.  Reynolds said, “I love our veterans, especially some of our local World War II and Korea War Veterans, and I know some of them like J.C. Paul and Bud Petitt who are combat veterans of WWII.” 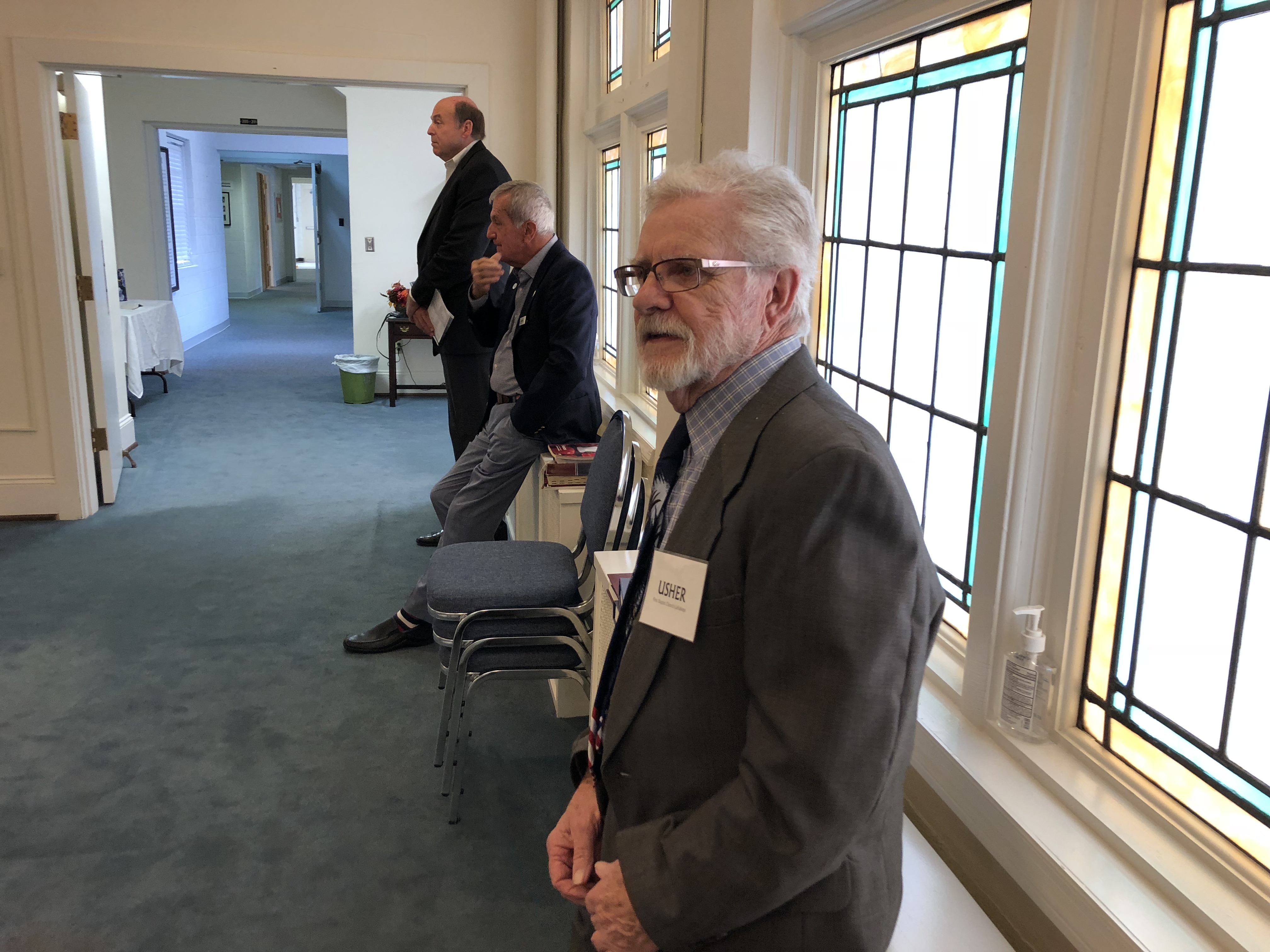 Lee Reynolds, a member of the First Baptist Church, was serving as an usher Sunday morning.

He went on to say that as he saw three different wrecks on Thursday which made him think about first responders.  “I thought to myself, these guys are working really hard everyday taking care of these wrecks and different things,” said Reynolds. 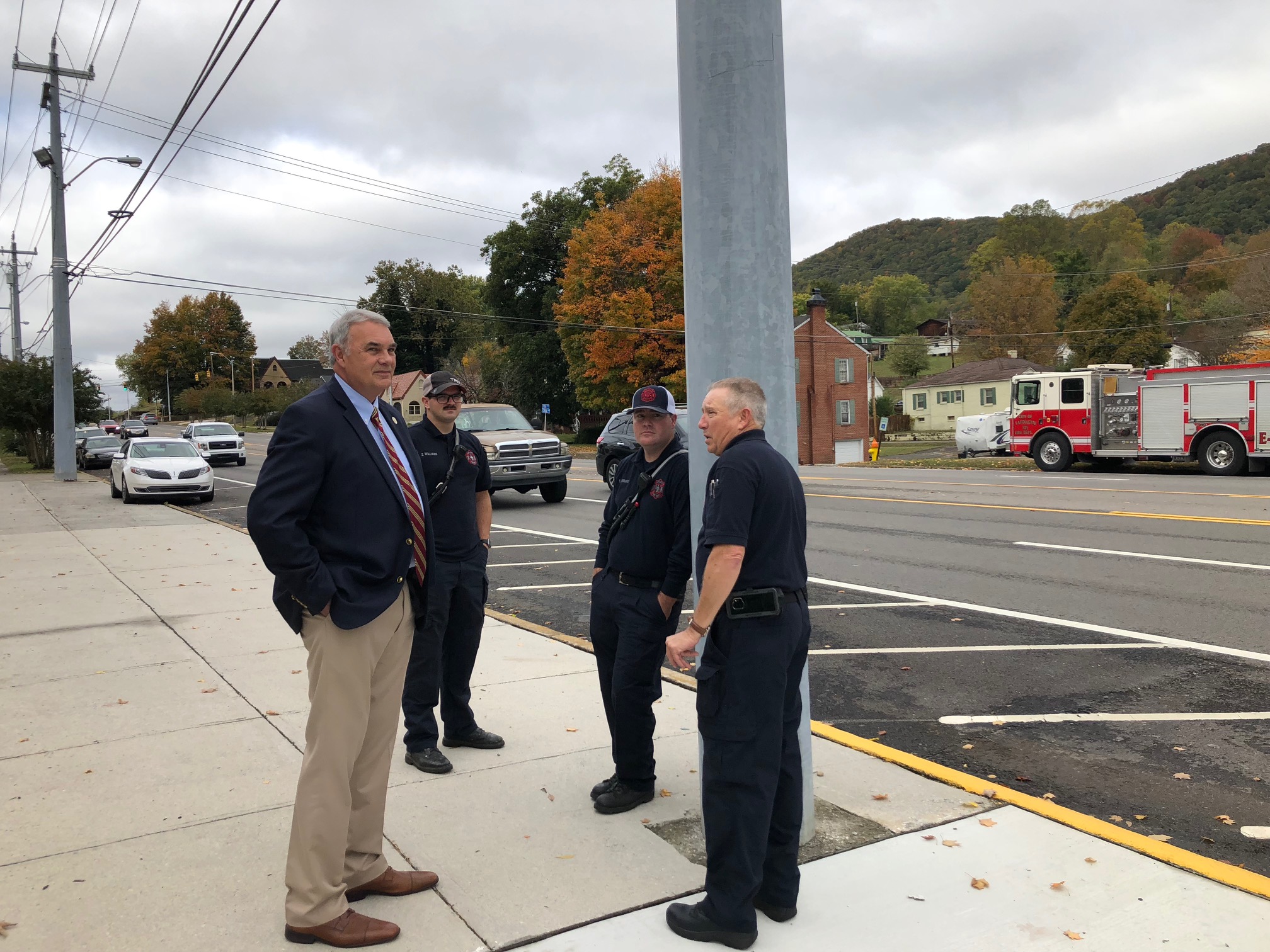 “We do really have wonderful support here in Campbell County – La Follette, and certainly, we appreciate that,” said La Follette Chief of Police Bill Roehl (above left).  The veteran law enforcement officer said, “The First Baptist Church of La Follette has been putting this on for a number of years, and they’re just wonderful for doing that.  It’s a good way to recognize your first responders and your military personnel as well. State Representative Dennis Powers spoke at Sunday’s ceremony at the First Baptist Church of La Follette.  He talked of his father, Hugh Powers, who was a veteran, a first responder and a former La Follette Chief of Police.