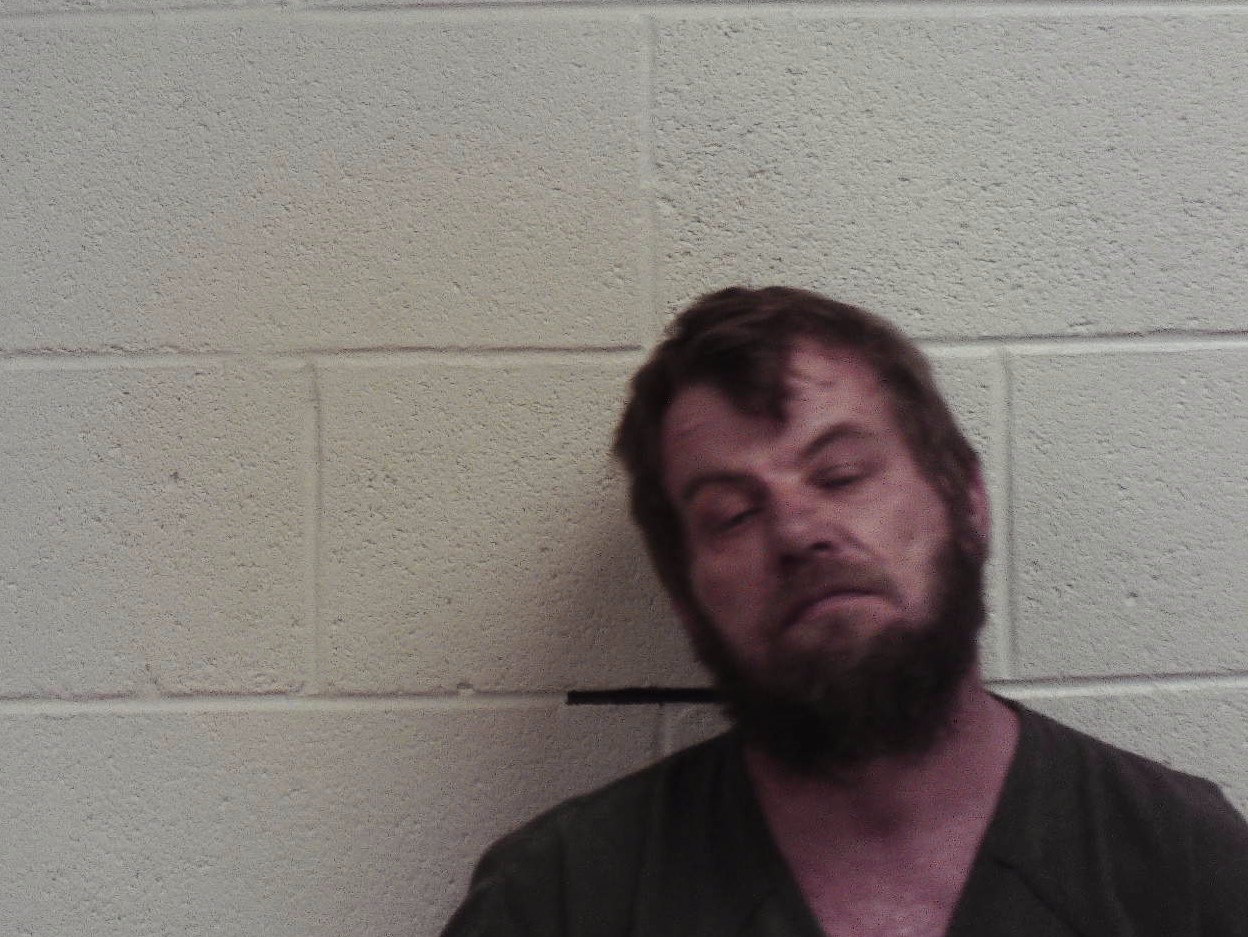 George Faulkner (above) remains housed in the Campbell County Jail this morning on a $150,000 bond.

Mahar was responding to a domestic violence call at a home on Cumberland Overlook Lane at Jacksboro. The victim told Mahar that Faulkner had been drinking and started fighting with her. She tried to leave, but he grabbed her by the hair and pulled her back into the bedroom. He then allegedly grabbed her by the throat and slammed her head into the wall. She continued that he strangled her for about one minute until she was able to get his hand off her throat. At this point, he grabbed her by the throat three different times, and he then threw some glass cups and busted them on the floor, the report said. The victim alleged Faulkner had broken the bathroom door, according to a report from the sheriff’s department.

Mahar knocked on the back door of the home in an attempt to get Faulkner, who had locked himself inside, to come out. During this time, he heard a loud noise at the side door. The officer went to check on the noise and saw that Faulkner had kicked the door open and breaking it to where it would not close. When Mahar tried to talk with Faulkner about what happened, he noticed he was very intoxicated and just kept saying he didn’t know what happened and was just wanting to go to bed.

Faulkner, 46, 375 Cumberland Overlook Lane, Jacksboro is charged with aggravated assault by domestic violence.  He remains housed in the Campbell County Jail this morning on a $150,000 bond.  Faulkner is scheduled to appear in court on Tues., Oct. 29.  (WLAF NEWS PUBLISHED – 10/24/2019-6AM)