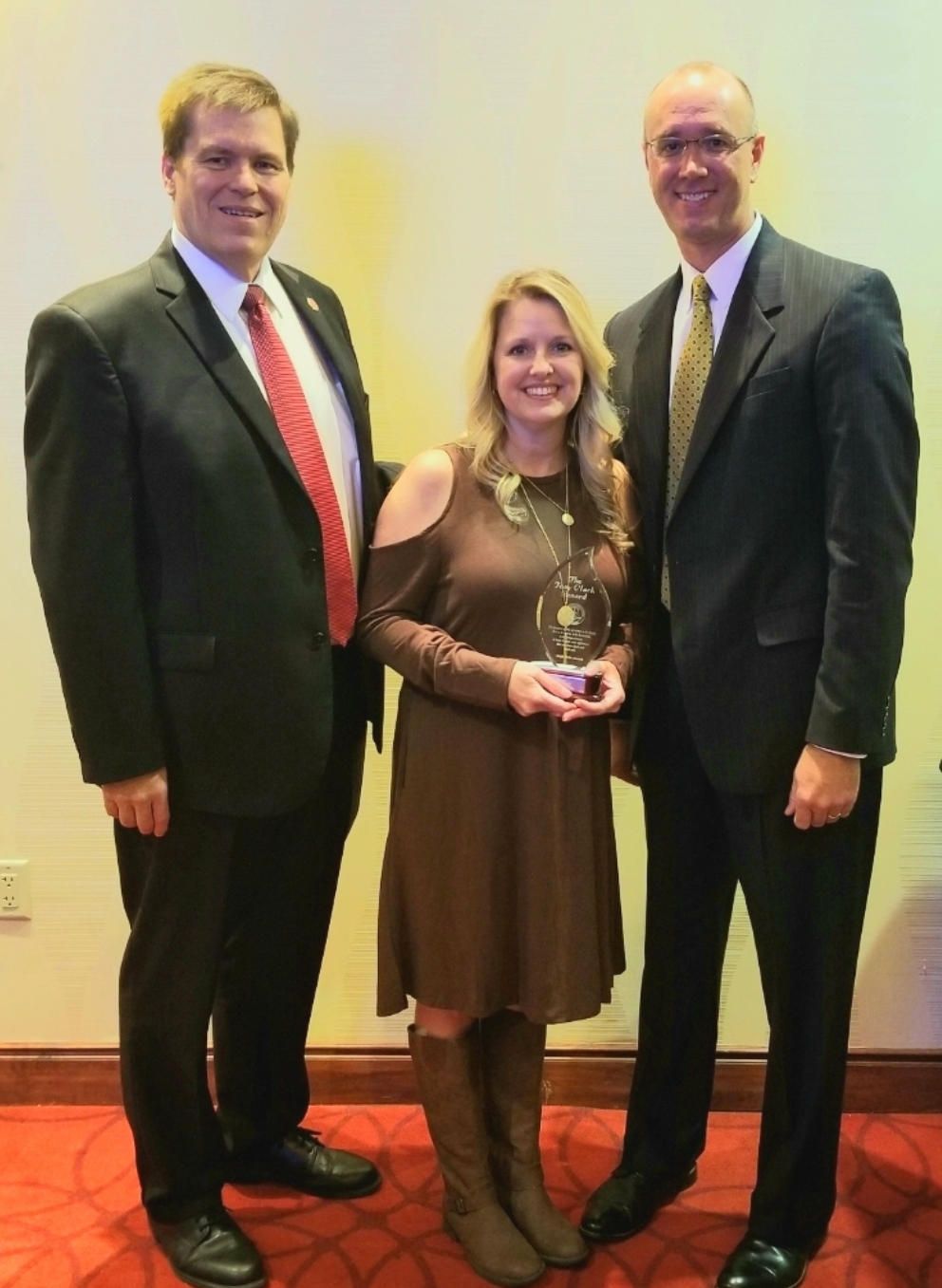 MURFREESBORO, TN (WLAF) – On October 23, 2019, the Tennessee District Attorney’s General Conference awarded Eighth Judicial District Victim Witness Coordinator Lana Frogge the prestigious Tony Clark Award.   This award was established in memory of late First District Attorney General Tony Clark and is given annually to a non-prosecutor staff member of the Tennessee District Attorney’s General Conference who exhibits the highest character and demonstrates exceptional compassion, caring and dedication to crime victims. Further, the recipient is someone who has made personal and professional sacrifices in the performance of his or her duties, serving as an example for which the conference stands.

During Lana’s award presentation, it was noted that throughout her twenty-three years of service as victim witness coordinator she has put the needs of crime victims first and foremost. Specifically, Lana has assisted crime victims in obtaining nearly $2.5 million in criminal injuries compensation. She also serves on multiple state boards that is tasked with improving services to crime victims and has implemented programs within the Eighth Judicial District to ensure that crime victims are never a forgotten part of the criminal justice system. Additionally, Lana goes above and beyond her duties in raising funds to support our local women’s shelters and child advocacy centers.

District Attorney General Jared Effler said, “I greatly appreciate the service that Lana provides to our citizens and this award is affirmation of the exceptional work that she performs on a daily basis. It’s an honor to work alongside Lana and our entire staff as we serve the citizens of Campbell, Claiborne, Fentress, Scott and Union counties.” (WLAF NEWS PUBLISHED – 10/23/2019-3:30PM)