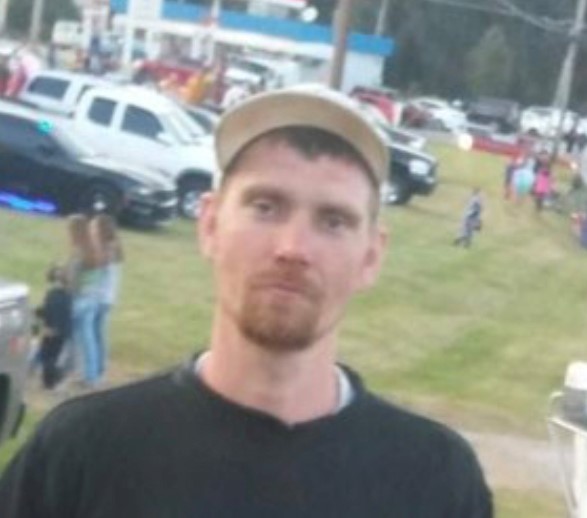 CARYVILLE, TN (WLAF) – A man who was reported missing since noon on Monday was located and arrested Tuesday morning before sun up at a home on Park Place Road at Caryville. Authorities tell WLAF that a woman at the home notified the sheriff’s office that David Cooper (ABOVE) was asleep in a bedroom at her home.Campbell County Sheriff’s Sergeant Josh Jeffers was dispatched by the 911 Center to 170 Park Place on Tuesday morning at 6:50 am to make contact with David Dewayne Cooper. Cooper was entered into the NCIC (National Crime Information Center) as a missing person.

When Jeffers arrived on the scene, he was given permission to enter the Caryville home to make contact with Cooper. Jeffers details that he found Cooper asleep in a back bedroom.

Cooper was taken into custody for an active outstanding capias/bench warrant for criminal simulation and transported to the Campbell County Jail. Officials say that Cooper stated he wandered into the woods, lost his way and ended up in Caryville. (WLAF NEWS PUBLISHED – 10/22/2019-10AM)

On Monday evening around 6 pm, CCSD deputies were called to 204 Coleman Lane in La Follette, the Demory Community. That’s the address of a construction site where Cooper had been working on Monday morning.  Deputies were told that he walked off from the construction site at noon and did not return.

The sheriff’s office was contacted Monday evening at 6:15 pm and immediately began an investigation.  The sheriff’s office, along with volunteers from the La Follette Rescue Squad, combed the area around Coleman Lane, checked other locations of interest and contacted family and friends for information of Cooper’s whereabouts.