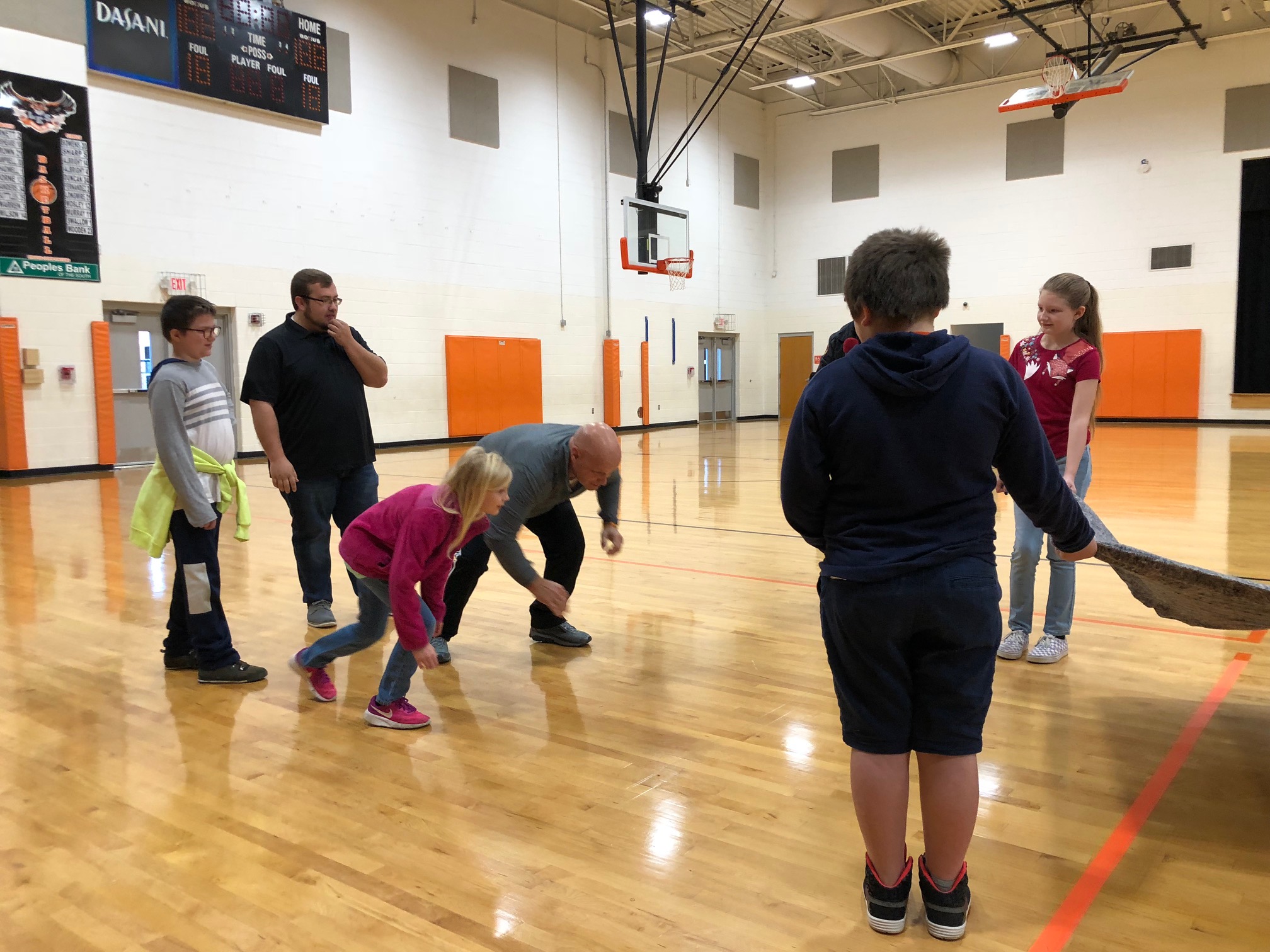 Brooklynn Oak (left) and Toney Brawner, PE teacher, (right) are the first through in a crawl and then drop and roll exercise.  Bruce Moyer (back left) and teacher Jonathan Terry (back right) wait their turn.

LAFOLLETTE, TN (WLAF) – “We have fires quite often here in La Follette.  In fact, we had one yesterday,” said LaFollette  Firefighter Shawn McGlone. McGlone led Tuesday morning’s Fire Prevention program at La Follette Elementary School.    “One of the most important things you can do is to make sure that you have a working smoke detector,” he said.  He charged the students home to make sure they have a smoke detector, and if they don’t, have their mom or dad call the fire department.  The LFD will provide a free smoke detector and even install it.  In addition to that, McGlone reminded students to check their smoke detectors twice a year. 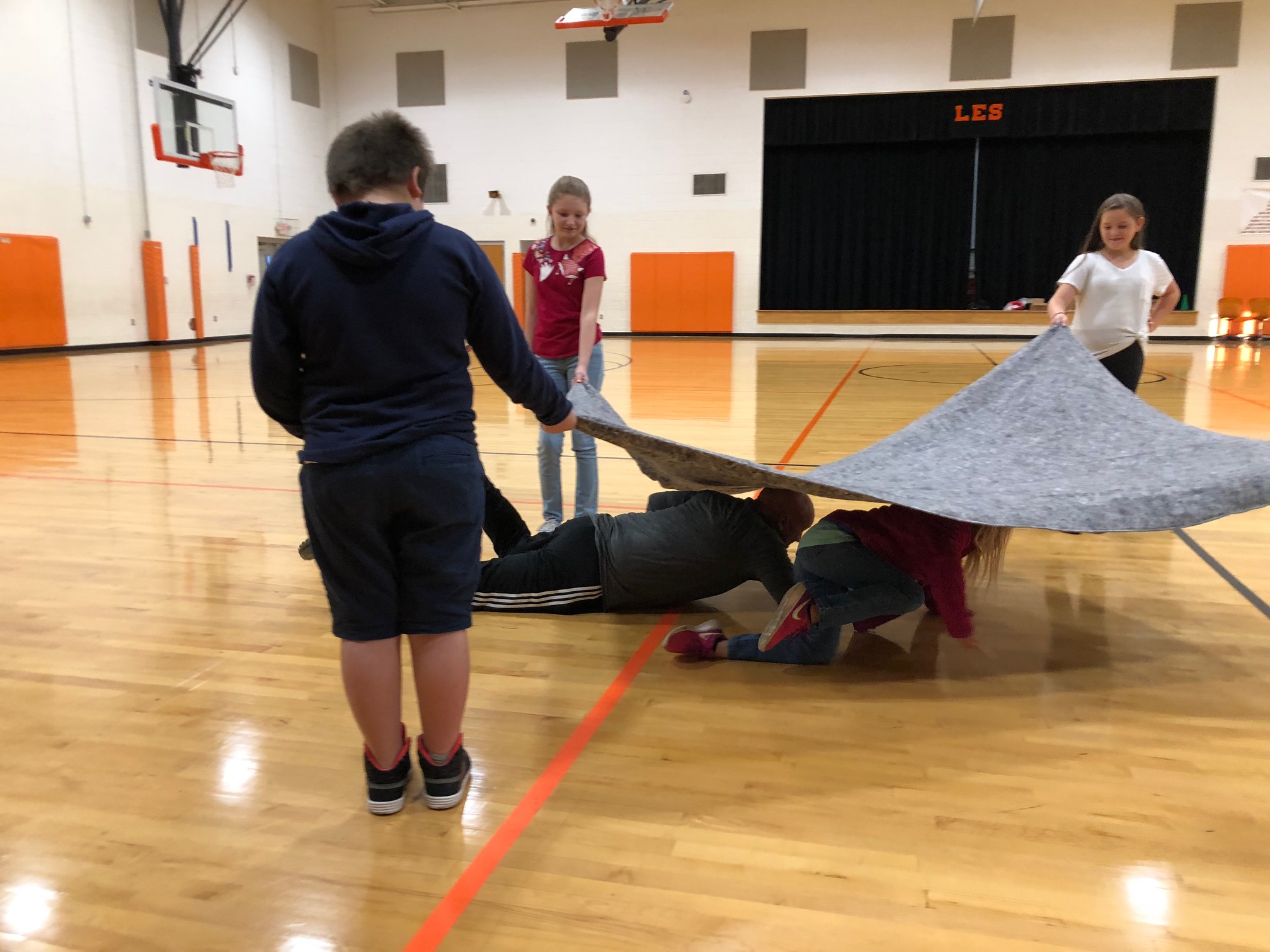 (Above) Oak and Brawner crawl their way out of a house fire.  (Below) Drop and roll exercises followed the crawl as participants were practicing to cover their faces and roll out of the fire.  McGlone said, “Always cover your face.” 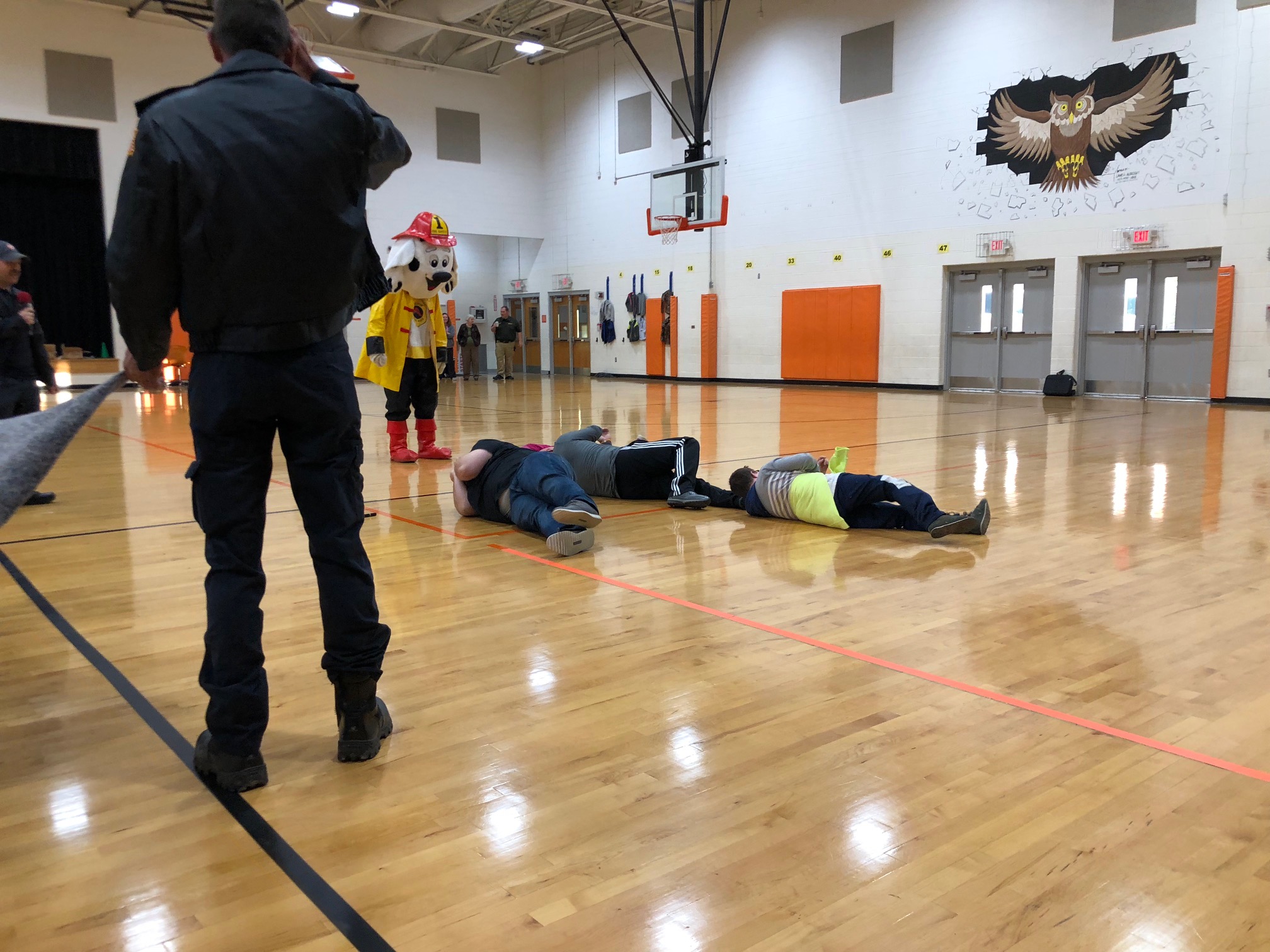 McGlone took the students through from when a smoke detector alarms to getting out safely.  “When it goes off, we go outside.  You  don’t go for looking for toys or anything else.  Crawl out or go out a window if you are on the first floor.  If you are trapped in a room stay on the floor in the middle of the room.  Don’t hide.  We’ll find you, because we crawl, too,” said McGlone. 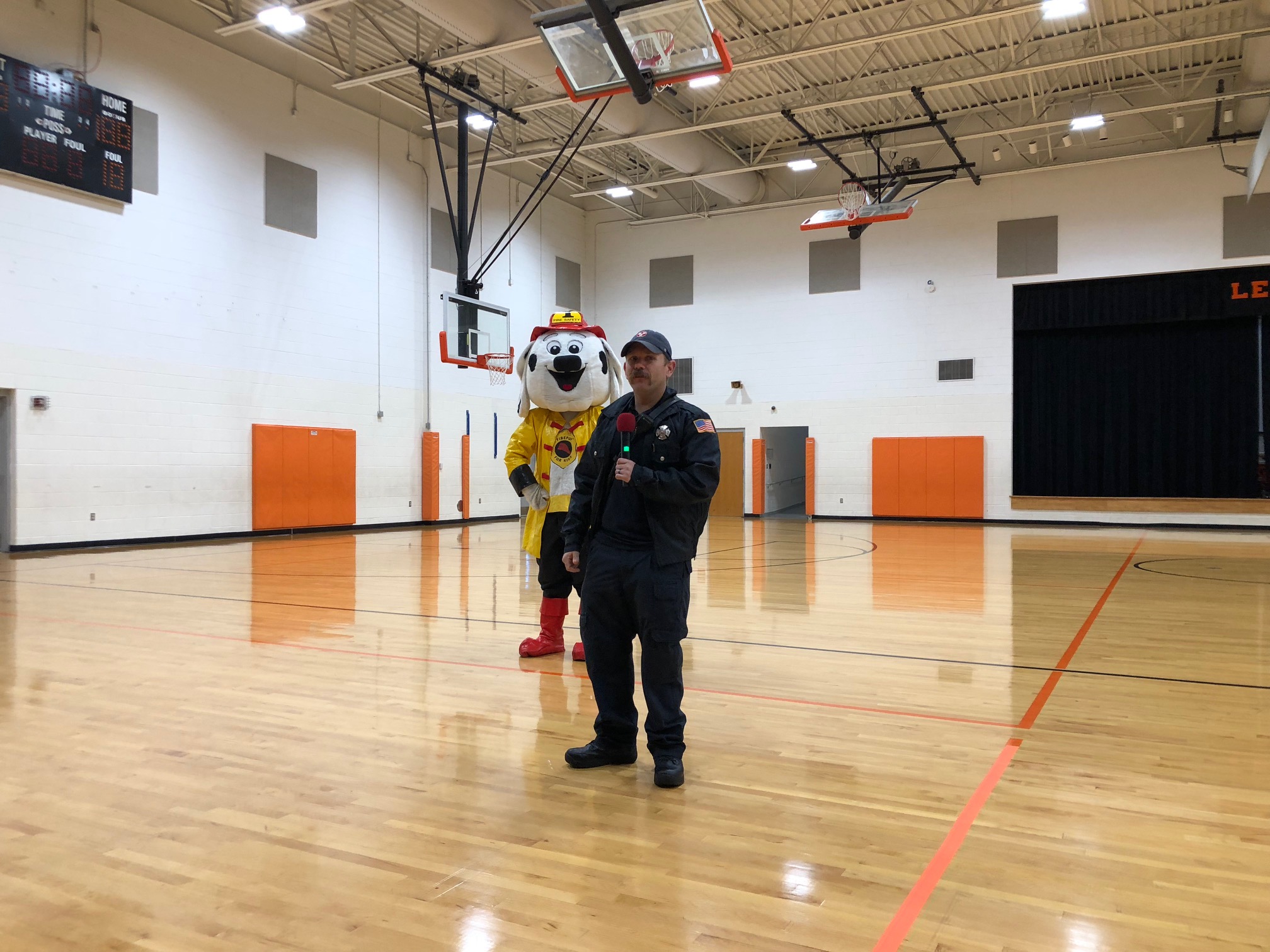 He also said having an escape plan is crucial.  He encouraged students to get with their parents and decide on an escape plan.  After that, one of the most important things is to have a meeting place outside your home.  “That way we can account for everyone, and if someone is missing, we’ll go find them,” said McGlone.  He stressed, “Once you get out of the house, don’t go back in.  Go outside.  Stay outside.”

McGlone asked who do you call when you have a fire?  Several students shouted 911.  He said that that’s right, and that you need to call 911 no matter what kind of fire it is.

Last but not least, McGlone left the students with one last bit of advice; don’t play with lighters or matches.  (WLAF NEWS PUBLISHED – 10/16/2019-6AM)