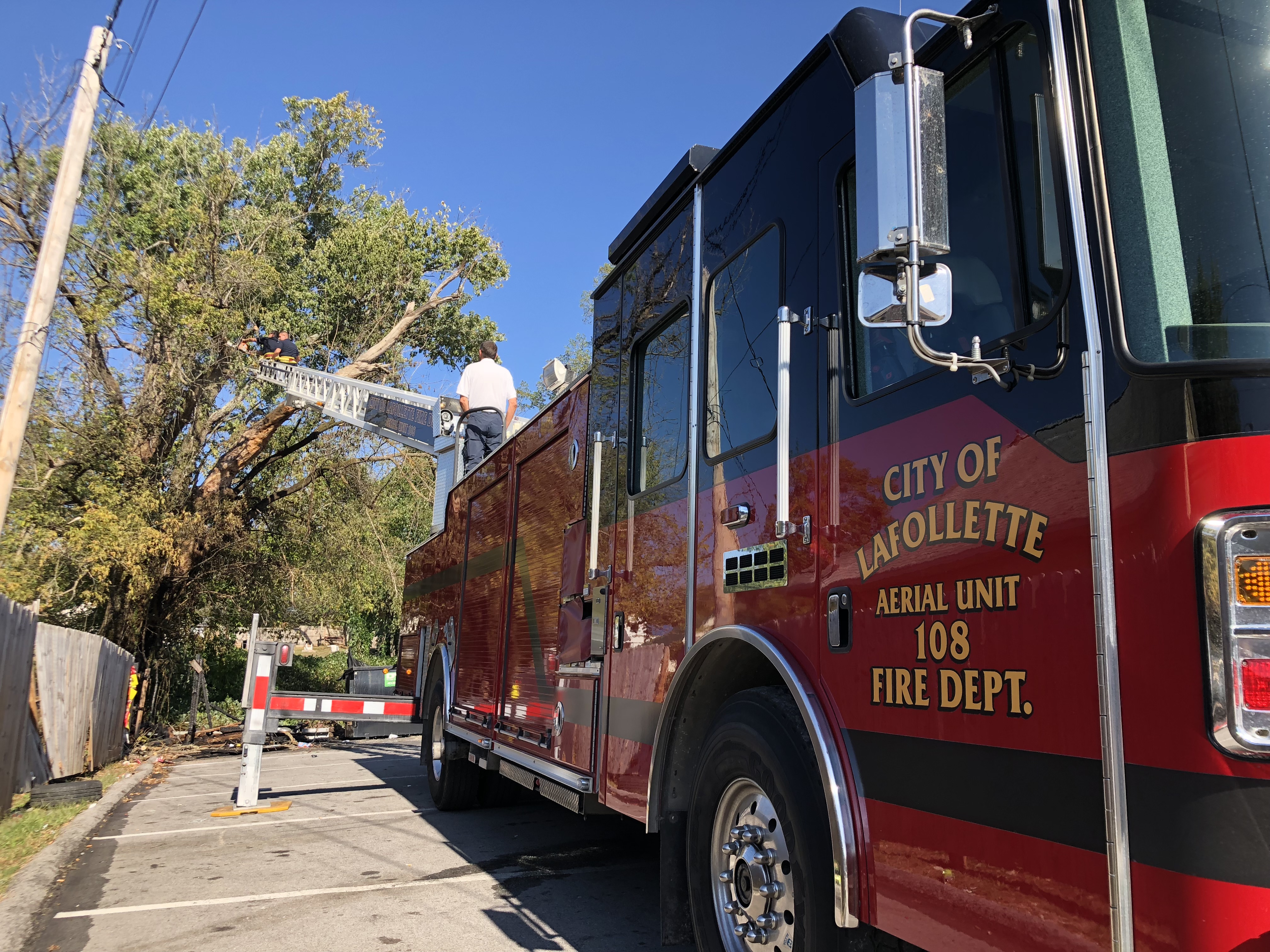 LAFOLLETTE, TN (WLAF) – One fire led to another this afternoon behind a downtown market.  La Follette Fire Department Assistant Fire Chief Jimmy Pack said, “The fire started in a bin full of cardboard.  It in turn caught the wooden fence behind it on fire, and that led to a big tree catching on fire soon igniting the nearby dumpster.”

The fire behind the Red Roof Market on East Central Avenue at North Indiana Avenue drew a lot of attention this afternoon.   It’s not often you see a ladder truck called to a dumpster fire, but that was the case Monday. 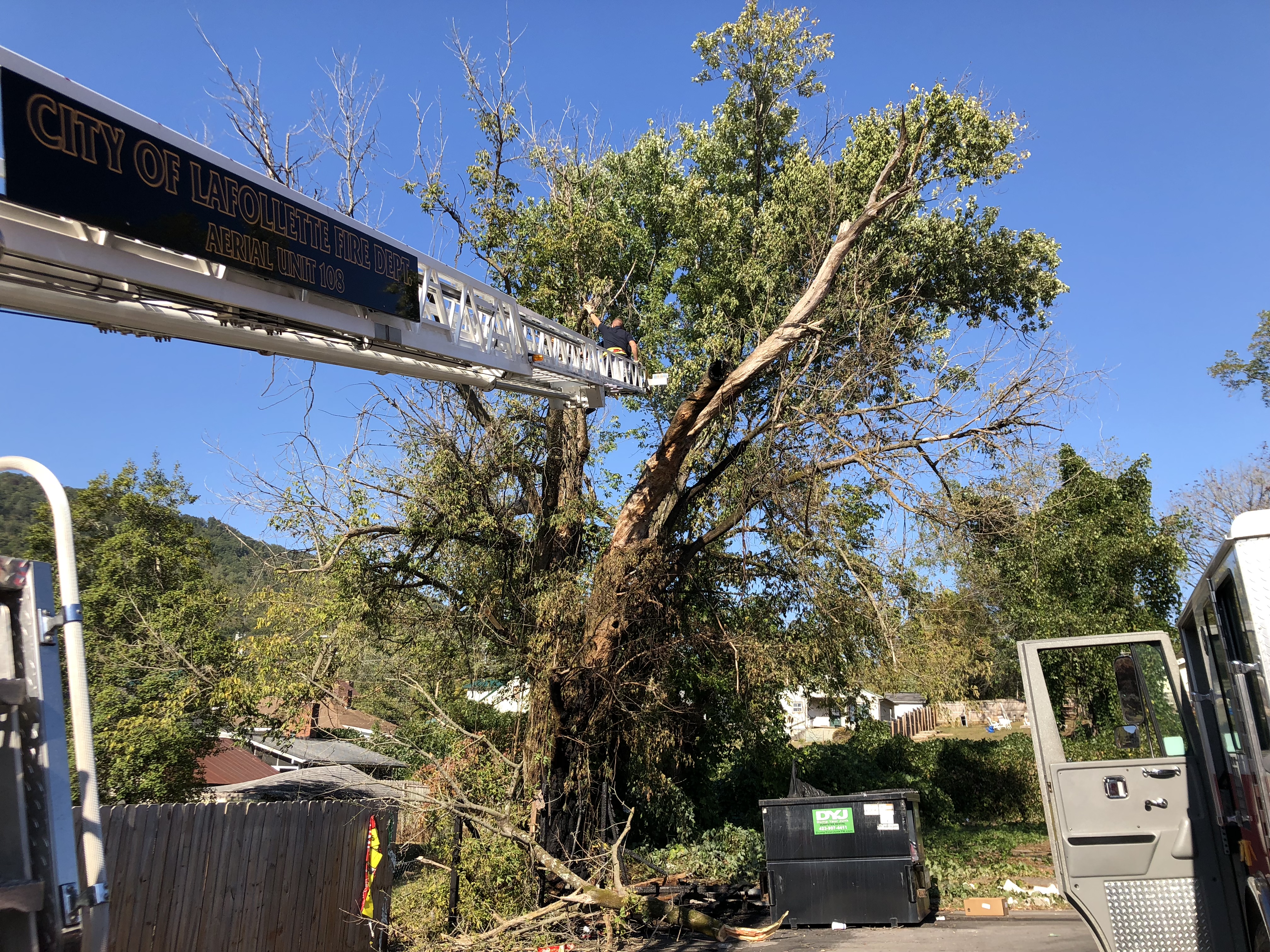 Limbs also had to be cut from the tree.

Firefighters first battled the tree fire by spraying water on it, and that didn’t help.  That prompted firefighters to call for the ladder truck so they could get closer and cut limbs away.  (WLAF NEWS PUBLISHED – 10/14/2019-4PM)