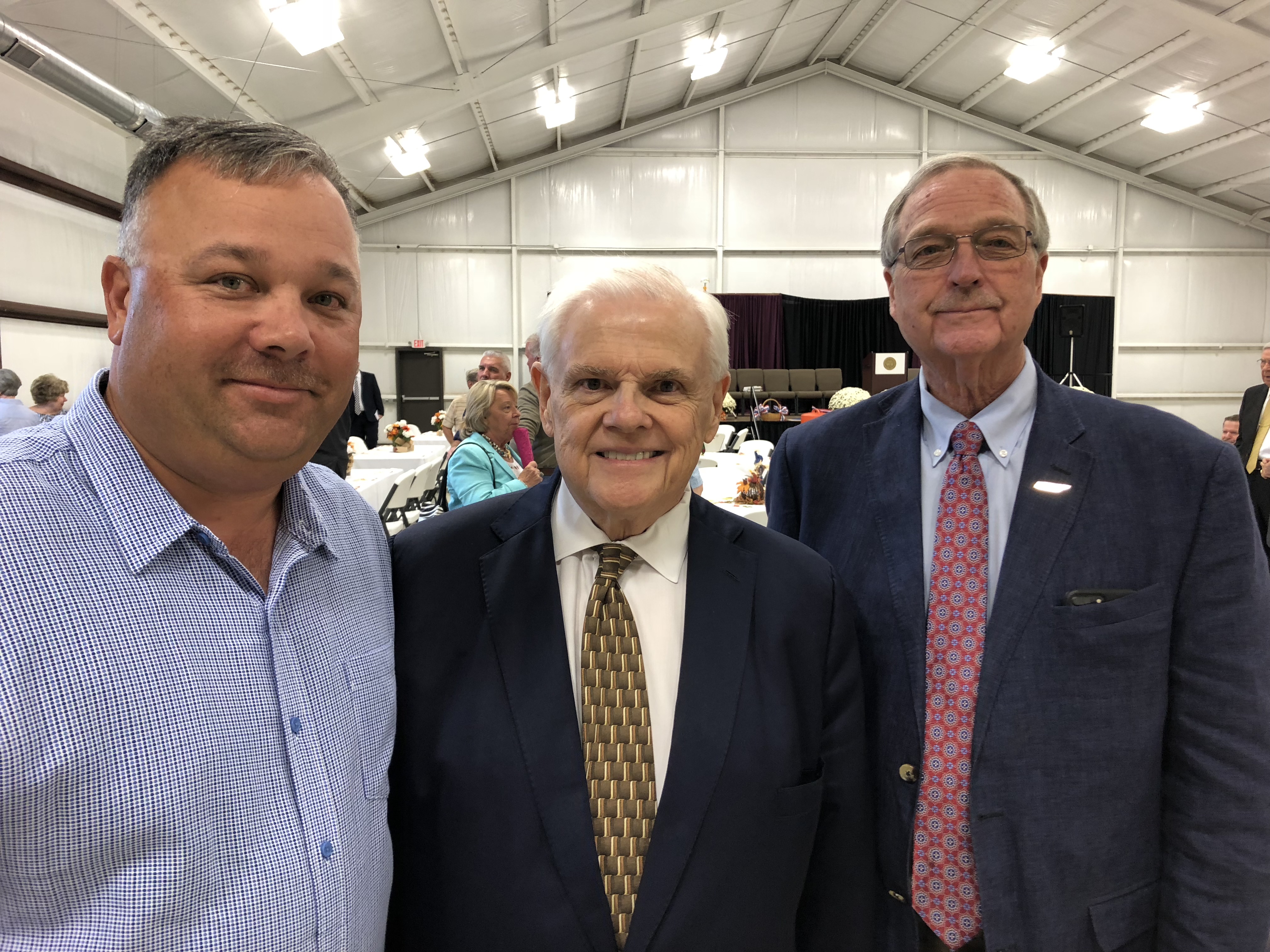 STINKING CREEK, TN (WLAF) – “As the road superintendent of Campbell County, it’s a blessing to me and all the residents that live up here (Stinking Creek community),” said Ron Dilbeck.

It was August 21, 2018, when the community came together at the same venue to learn about just how the paving project would be carried out.  Dilbeck said the finishing touches on the road were completed in July of 2019 with the paving actually wrapping up in May of 2019.

Three years ago, Dilbeck visited State Sen. Ken Yager at Nashville, and that’s when the first steps were taken toward getting the pot hole riddled Stinking Creek Road paved.  “I’d driven that road, even at night, and I knew how bad it was,” said Yager.  “We worked hard on this, and I emphasize “we,” added Yager.

“In the beginning, when the senator called me Ronnie, I knew he didn’t know who I was,” said Dilbeck.  But all that changed as the two formed a working relationship that brought about a paving project on a county road that, according to some who live along Stinking Creek Road, had not been paved in more than 30 years.

Yager noted how then Gov. Bill Haslam and Deputy Gov. Jim Henry played key roles in making this (the paving project) happen.  The senator said he can’t thank them enough.  Henry met with Yager and TDOT officials to iron out the details.  But it wasn’t until Haslam signed off on the project that put it in motion.

“I can always tell when a road project is going on in my district, because I get complaints about a mailbox being knocked down or a rut in front of my driveway call.  However, during this major project, I did not receive one complaint.  That’s because the community was so grateful to have the new road, and our contractor did a good job,” said Yager. (WLAF NEWS PUBLISHED – 10/08/2019-6AM)