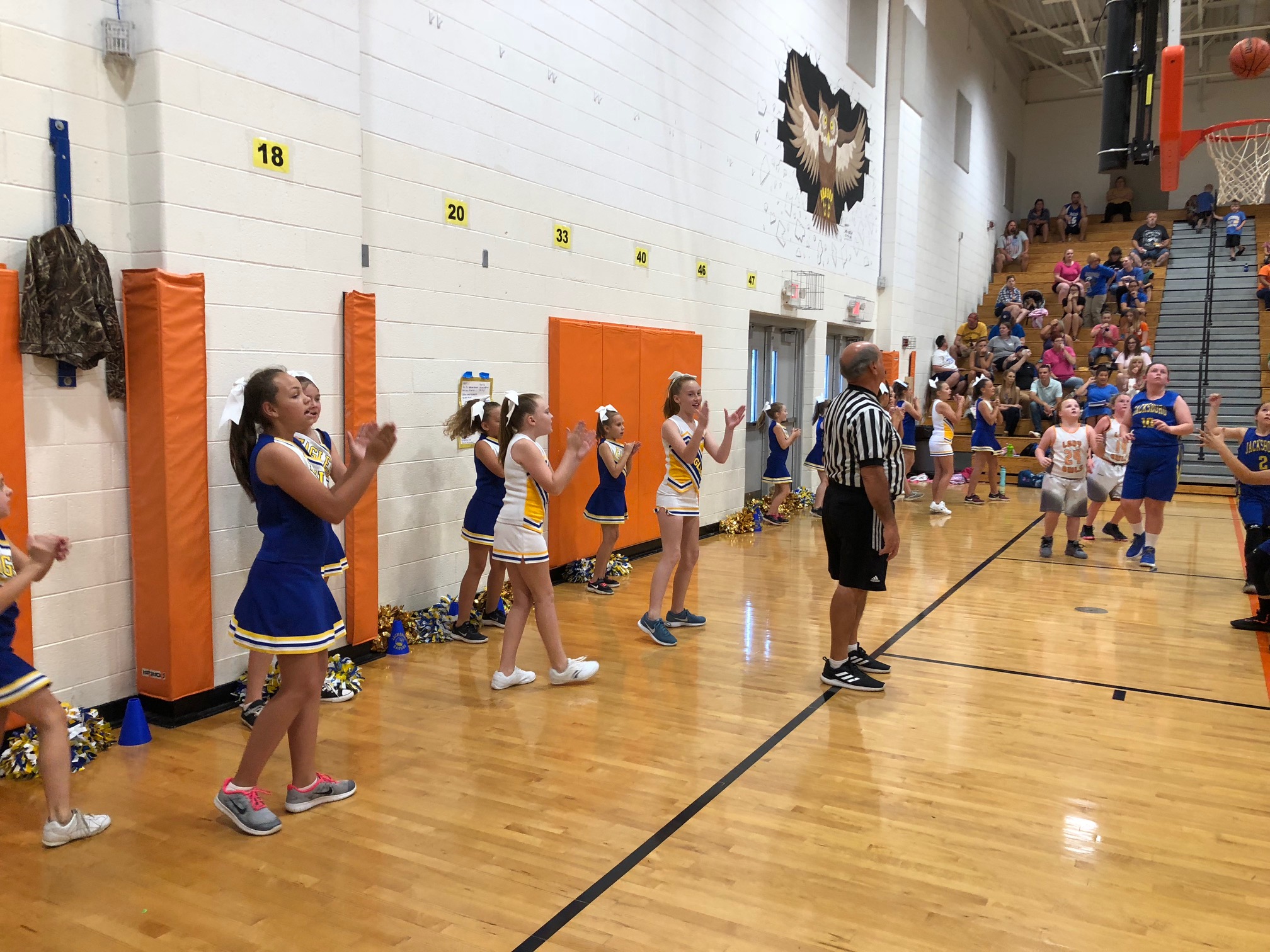 Jacksboro cheerleaders cheer on their Eagles Tuesday night at the Owls nest. 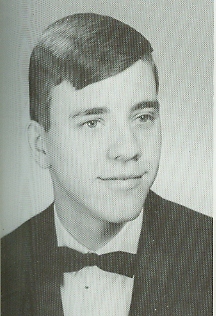 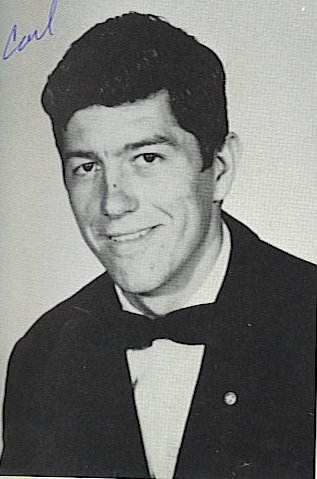 Fast forward to 2019.  The basketball playing tradition for the Rutherford and Pierce families lives on in their grandchildren.  Tuesday night on the La Follette Elementary School gym floor, the late Rutherford’s granddaughter, Zoriana, and Pierce’s grandson, Braydon Graham, played in the Jacksboro-La Follette rivalry. 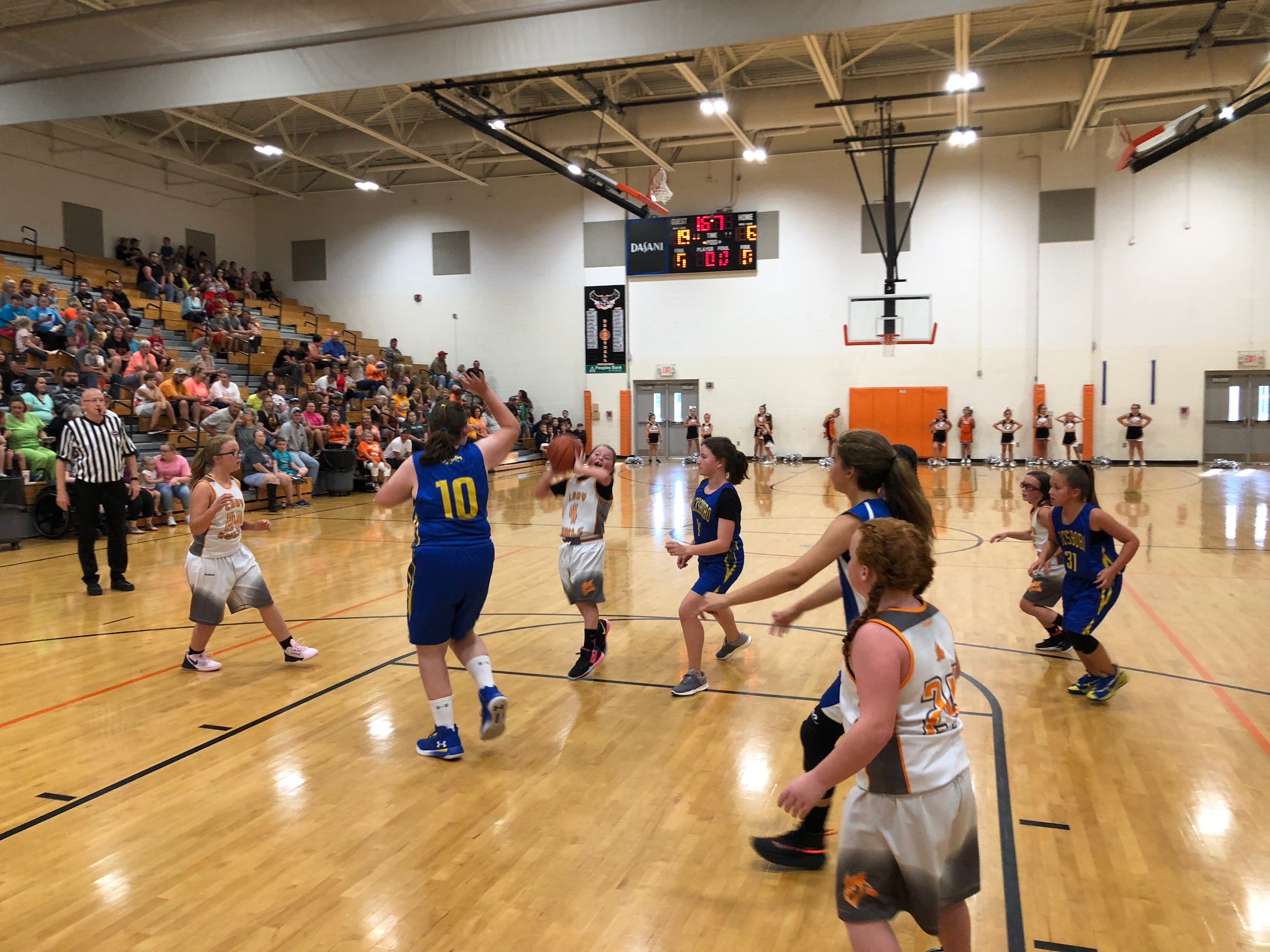 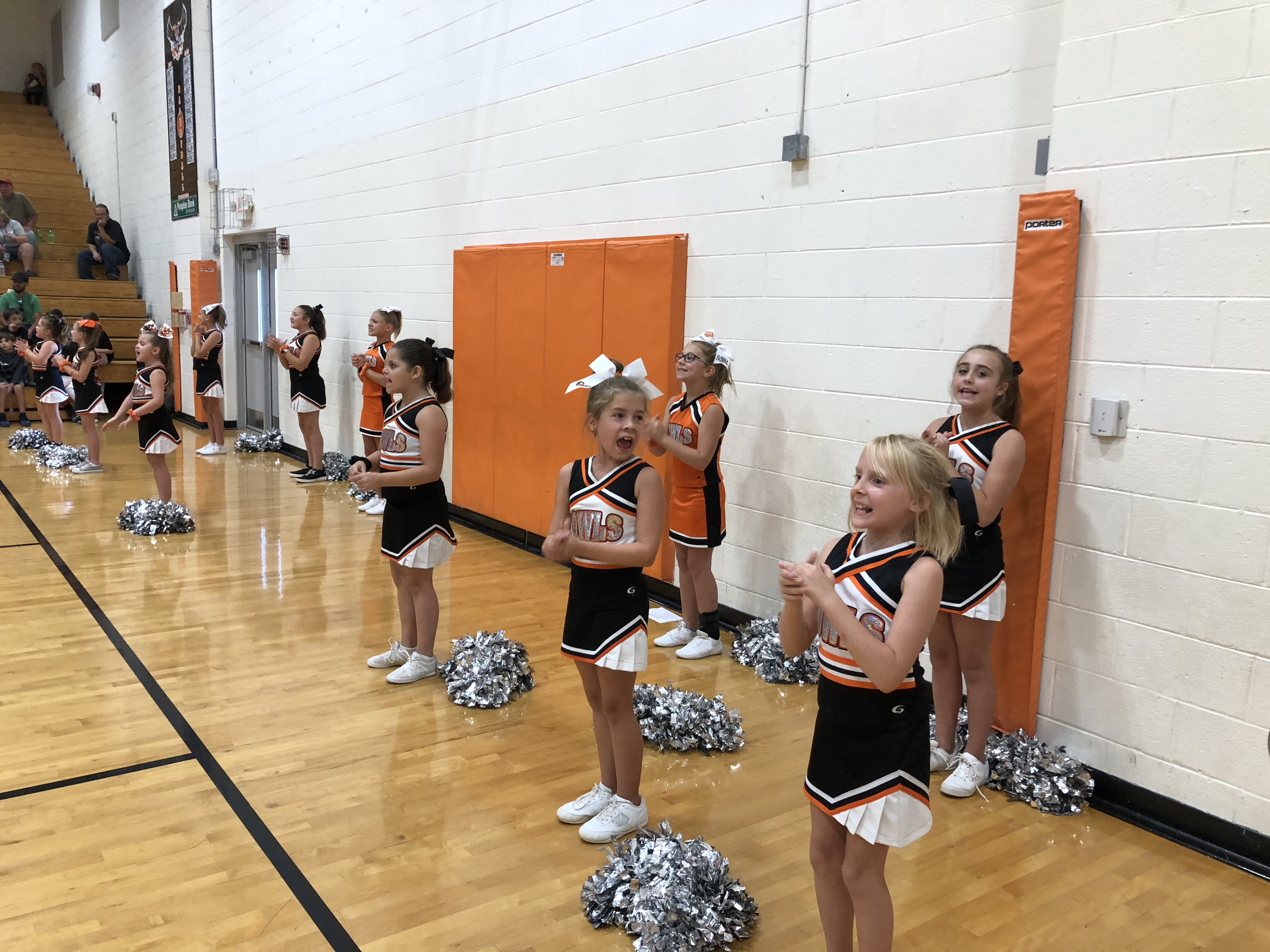 Cheerleaders for La Follette cheer on their Owls.

However, last night’s game had a different twist.  Both grandchildren play for the Jacksboro Eagles rather than their grandfathers La Follette Owls. 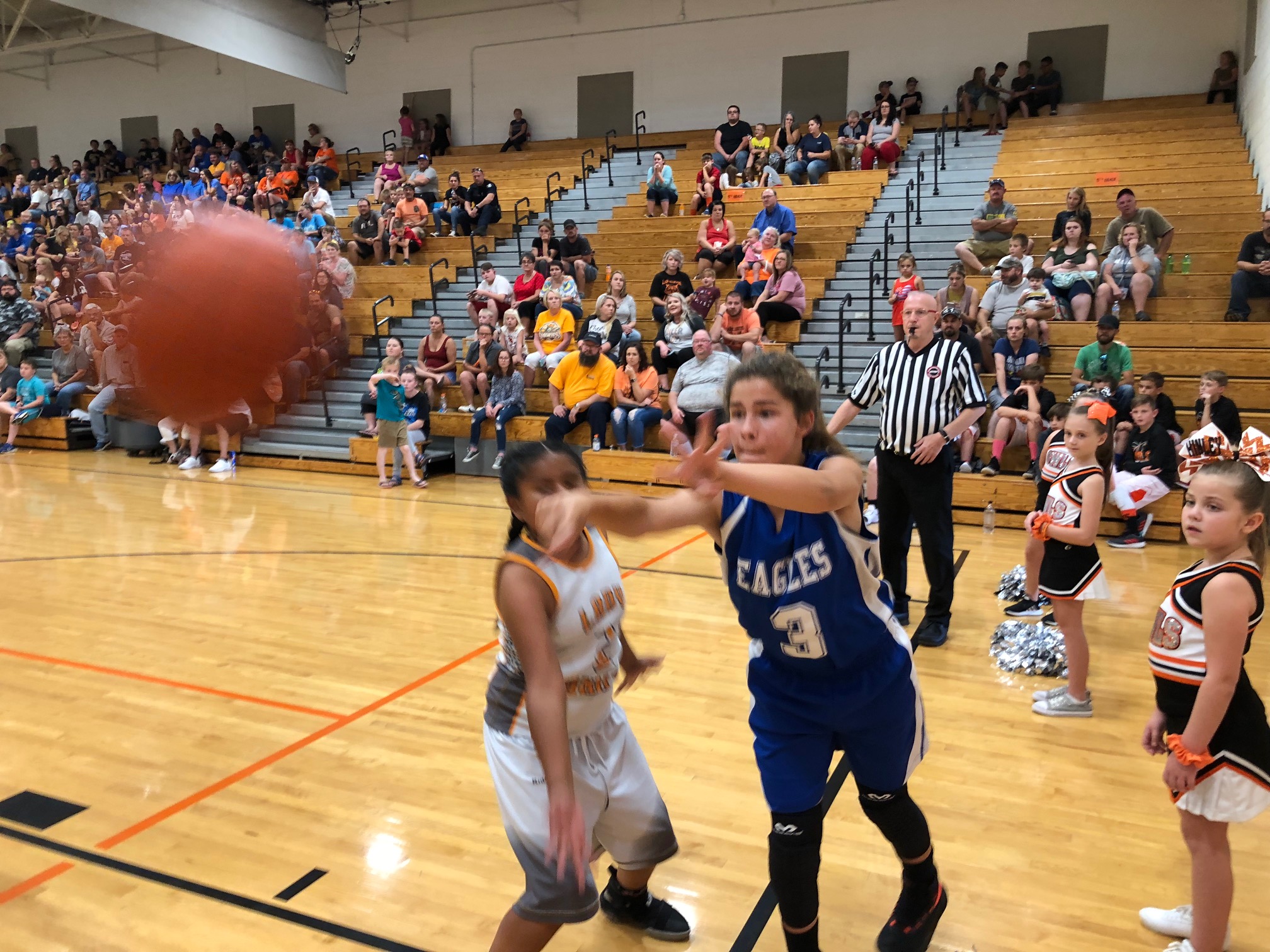 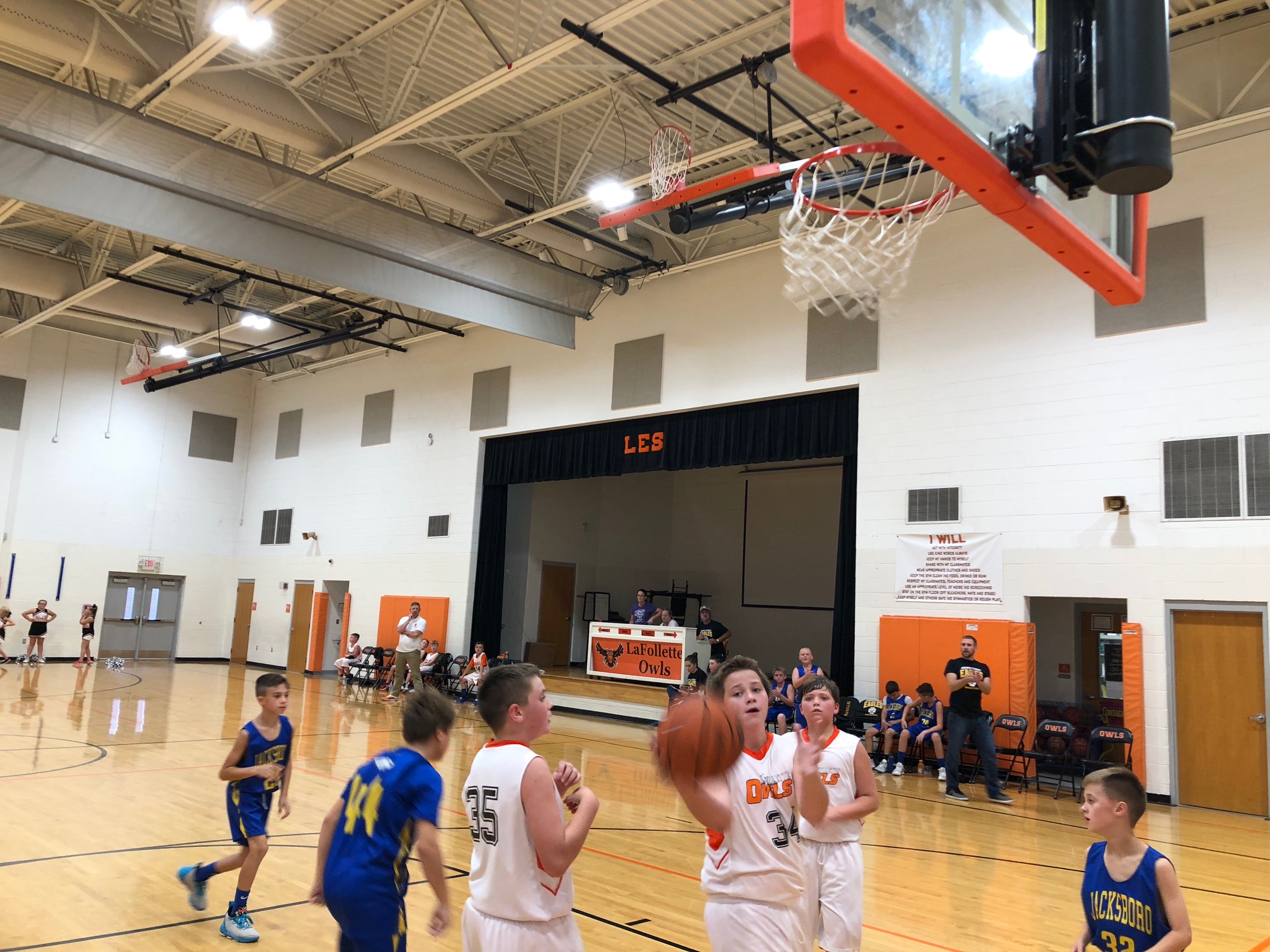 Pierce was in attendance Tuesday evening.  Rutherford’s daughter, Emily, said, “He (her father, Carl) would definitely be proud.”

And about the games.  Jacksboro claimed large-margin wins over La Follette in each teams second games of the young season.  (WLAF NEWS PUBLISHED – 10/02/2019-6AM)