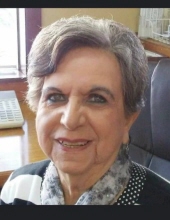 JACKSBORO, TN (WLAF) – Ann Smith (top photo) was ahead of her time.  Though she followed in her late husband Dick’s footsteps by holding political office, she was a trailblazer for women in local politics.

Smith served different terms on the board of education as well as on the county commission.  Her political career began in the mid-1980s.  In early 2007, she served as the Campbell County Mayor after the death of Mayor Jeff Hall.

“It’s like losing a member of the family.  She and Dick (Ann’s late husband) were the best of friends with my mom and dad, Judge Lee and Joan Asbury), and all us kids grew up together,” said Chancellor Elizabeth Asbury.

When the Asbury Law Firm was looking for someone to be their front office person, Judge Asbury said, “Annie Frannie would be ideal.”  The judge and Elizabeth each always called Smith “Annie Frannie.”  When asked, Smith asked “When can  I start?”  She worked at the firm for 15 years and retired around six years ago. 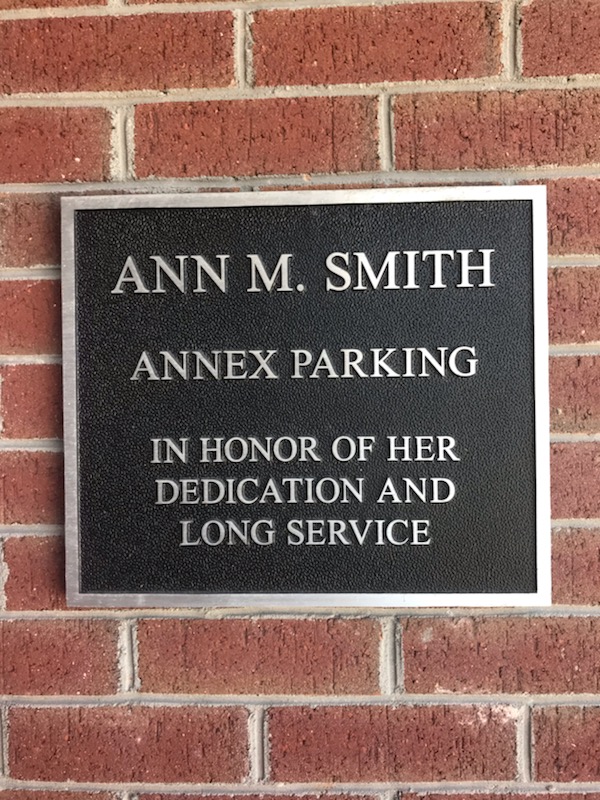 It was due to Smith’s foresight that the county purchased the land where the current board of education building now sits.  As a result a plaque was placed outside the front door of the building (PHOTO ABOVE).

“She was one of the strongest Christian women I’ve known.  She was so loving and caring.  You could trust her completely,” Chancellor Asbury said.

A prime example of how Smith would do something if she told you she would was when Asbury’s brother Rob was looking to buy a used piano.  Within less than 24-hours, a U-Haul truck pulled up in front of the Asbury Law Firm’s office on Main Street at Jacksboro.  On the truck was a selection of used pianos.

Smith’s family receives friends Thursday 5 pm to 7 pm at the First Baptist Church of Caryville.  The funeral follows at 7 pm with interment Friday at 10:30 am at Woodlawn Cemetery.