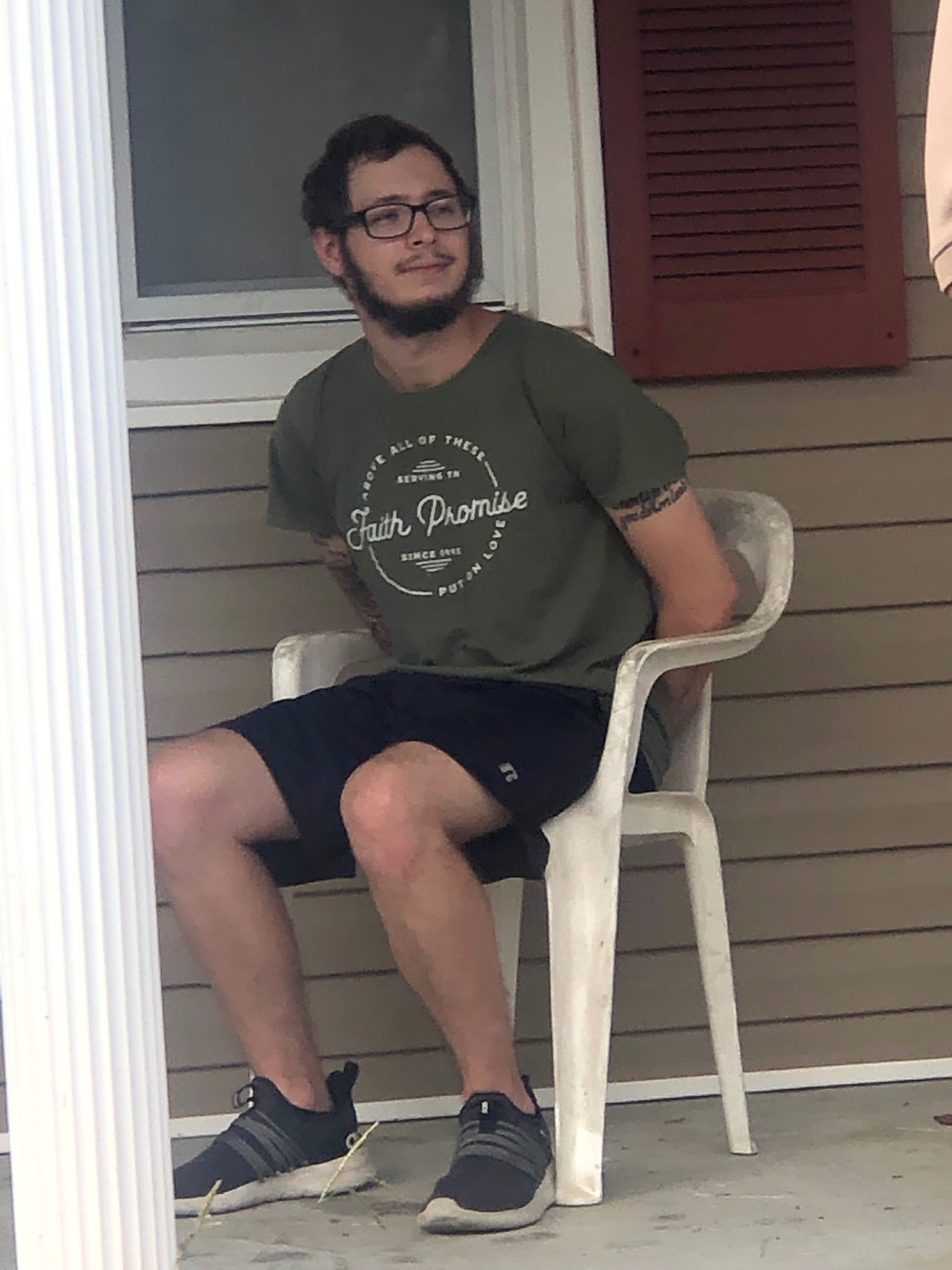 JACKSBORO, TN (WLAF) – Main Street at Jacksboro near the Campbell County Sheriff’s Office was blocked off for a while Wednesday afternoon as traffic was diverted.  Just before 4 pm,  a search warrant was executed as sheriff’s investigators and the Special Weapons and Tactics team of the Campbell County Sheriff’s Office as well as officers of the Jacksboro Police Department converged on a home.

The home of 21-year- old James Noah Cooper (VERY TOP PHOTO) at 650 Main St. in Jacksboro was the focus of the warrant.  The search warrant was a joint operation with Jacksboro Police and investigators of the Campbell County Sheriff’s Office Narcotics Unit. 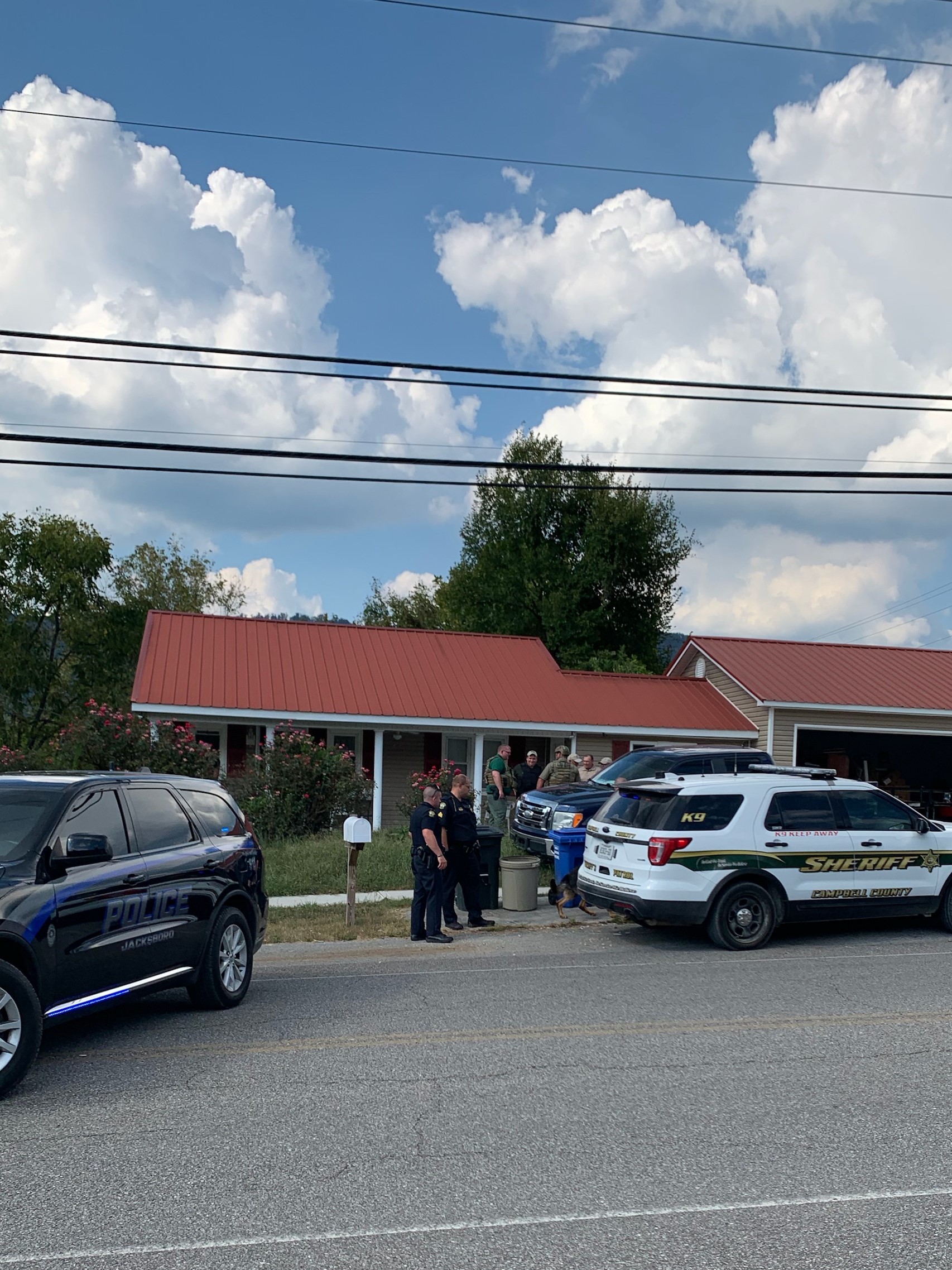 Only a street separates the Cooper home and the sheriff’s department.

Upon execution of the warrant, investigators detaiedl that a quantity of marijuana along with various items of drug paraphernalia including scales and baggies commonly used in the distribution of illegal narcotics was found.  Cooper allegedly stated to investigators that he had been selling to high school aged children.

Jacksboro Detective Sergeant Cody Chapman said, “We’ve had lots of complaints about this home the past few months.  There was traffic in and out of there all the time.”

CCSO Corporal Travis Bostic and K-9 Santo were part of the team inside the home.  Santo located the marijuana.  CCSO Chief Deputy Jeremy Goins said, “Santo led us to the pot, and we would not have found it without him, because it was way back up under a cabinet.” 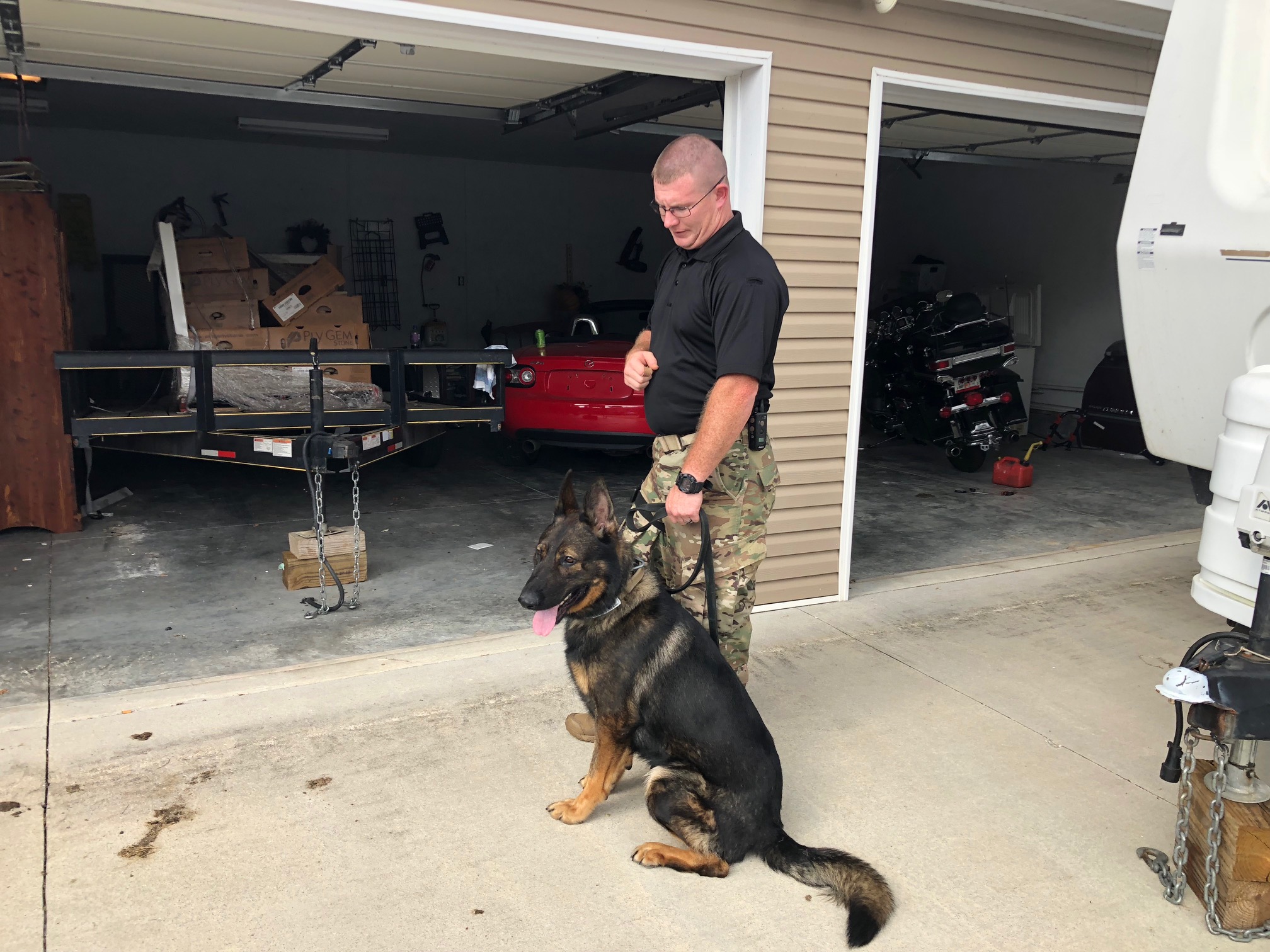 The investigation led officers to more than marijuana.  Investigators discovered evidence of at least 17 separate counts of Sexual Exploitation of a Minor.

Cooper is currently being housed at the Campbell County Jail on charges of 17 counts of Sexual Exploitation of a Minor, Possession of Schedule VI for Resale, Possession of Drug Paraphernalia, and Violation of a Drug Free School Zone. 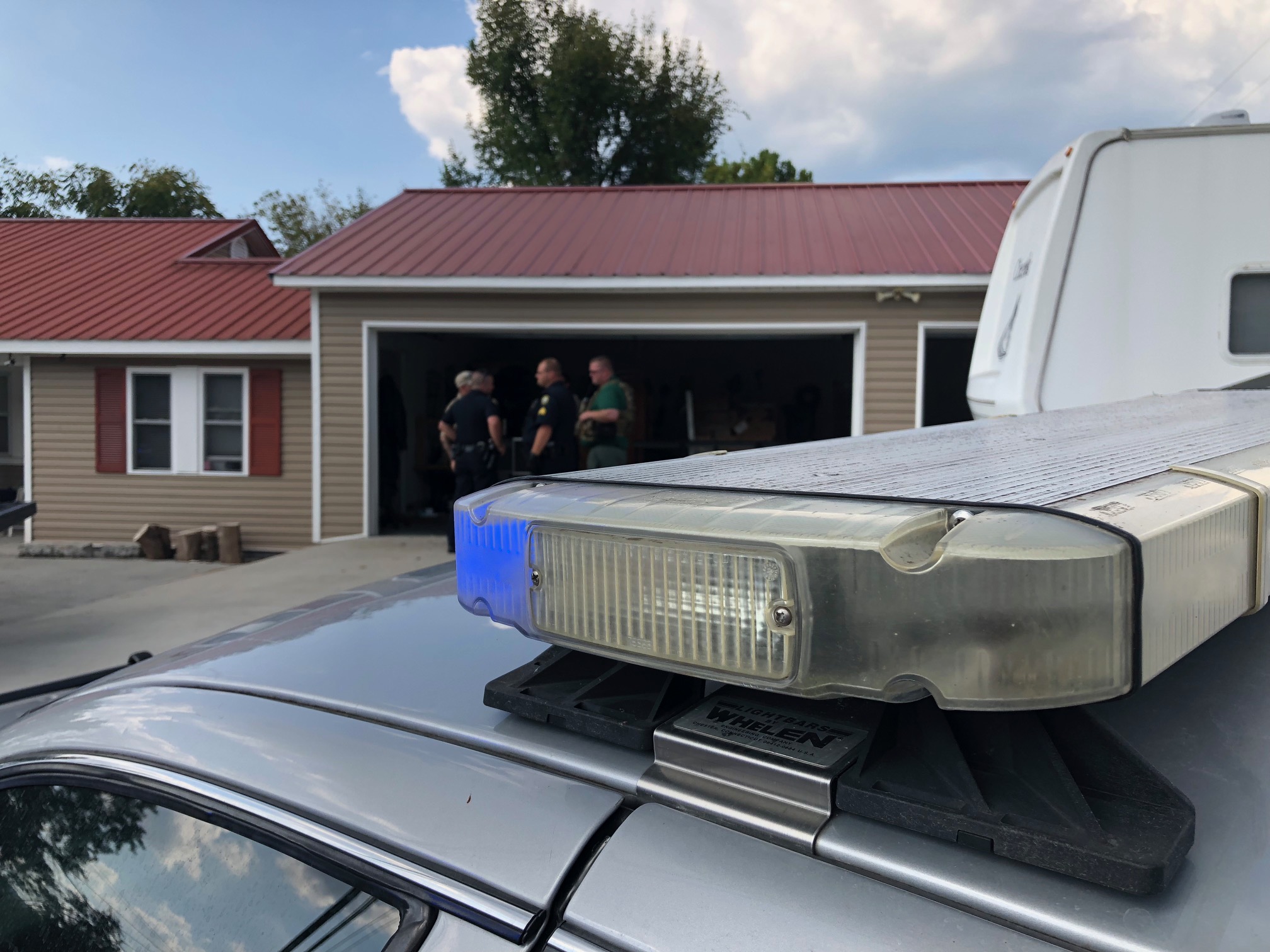 This investigation is ongoing as CCSO and JPD  investigators are looking further into sexual crimes involving children.  Chapman said, “You can’t beat the sheriff.  He’s so good to work with everybody.”  (WLAF NEWS PUBLISHED – 09/18/2019-7PM-PHOTOS COURTESY OF THE JPD AND CCSO)