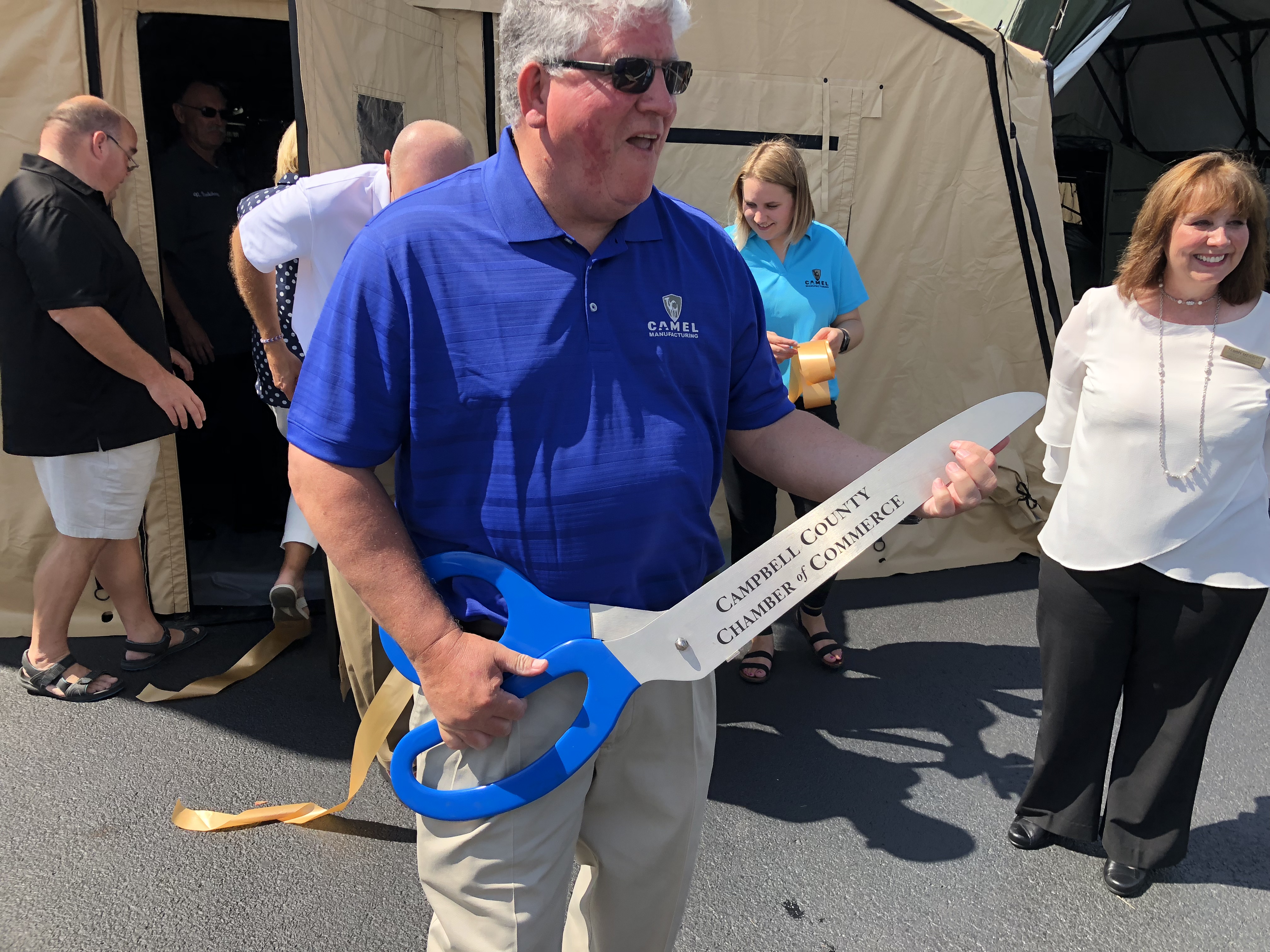 CARYVILLE, TN (WLAF) – The odds of a business making it to a 100th year are high.  Very, very, very high.  Now Camel Manufacturing is in the that high odds category.  For more than a third of its 100-years, Camel has been headquartered in Caryville’s Erschell Collins Industrial Park.Camel President Mark Riffle addressed Tuesday’s crowd and dignitaries with enthusiasm announcing, “This morning I received a phone call placing a $5.6 million  order for tents for Saudi Arabia.  Completion day for the order is Feb.  6, 2020.”  B.A. Bower started Camel Manufacturing in Campbell County in 1919, and since then has been the nation’s longest continuous producer of tents, according to Riffle.  He added that Camel has 45 percent of the armed forces tent market. 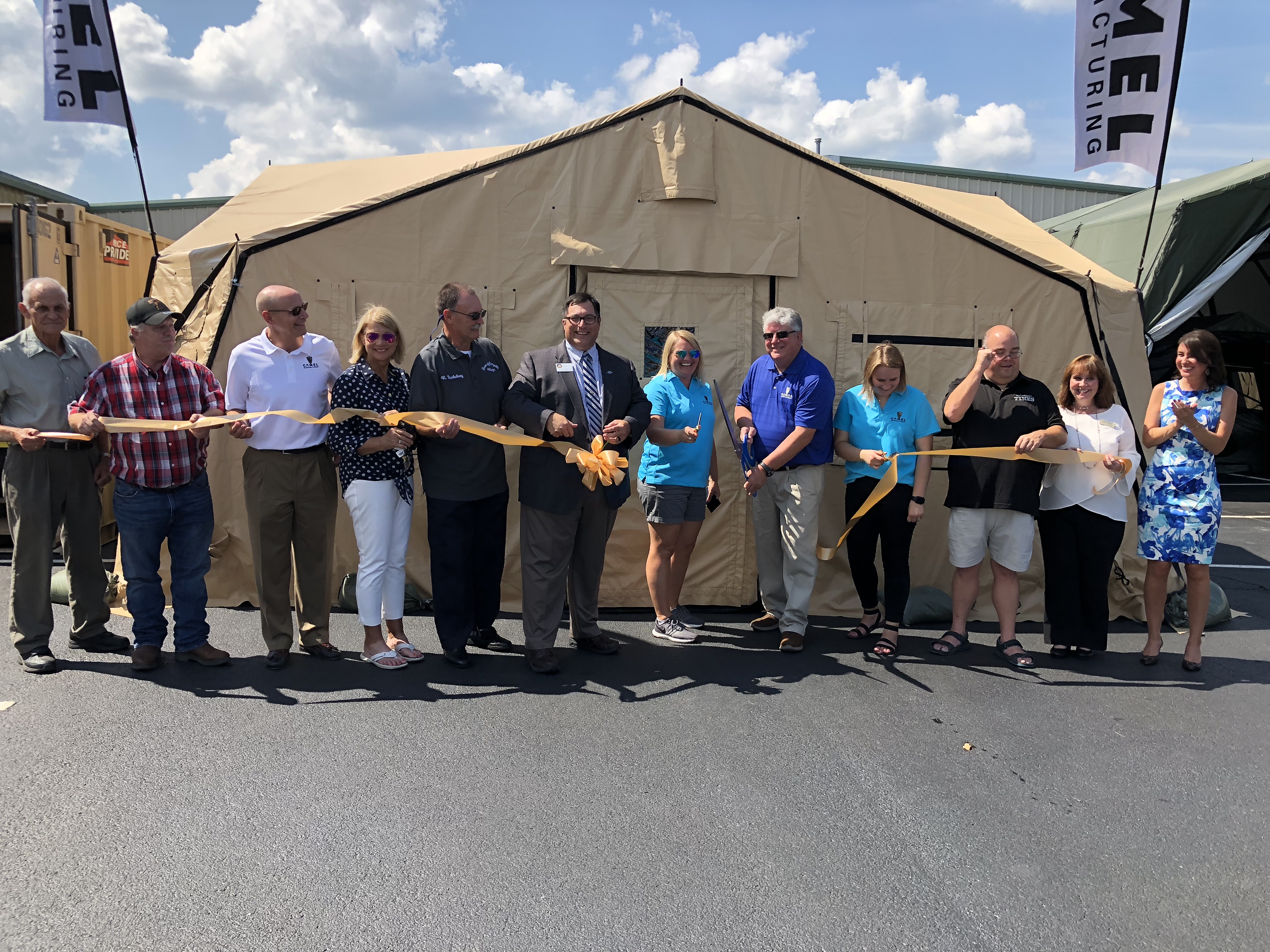 A 100  year celebration would not be complete without a Campbell County Chamber of Commerce ribbon cutting.

Riffle thanked his 120 employees during the celebration for their great work.  “You’ve kept us in business for 100-years,” Riffle said. 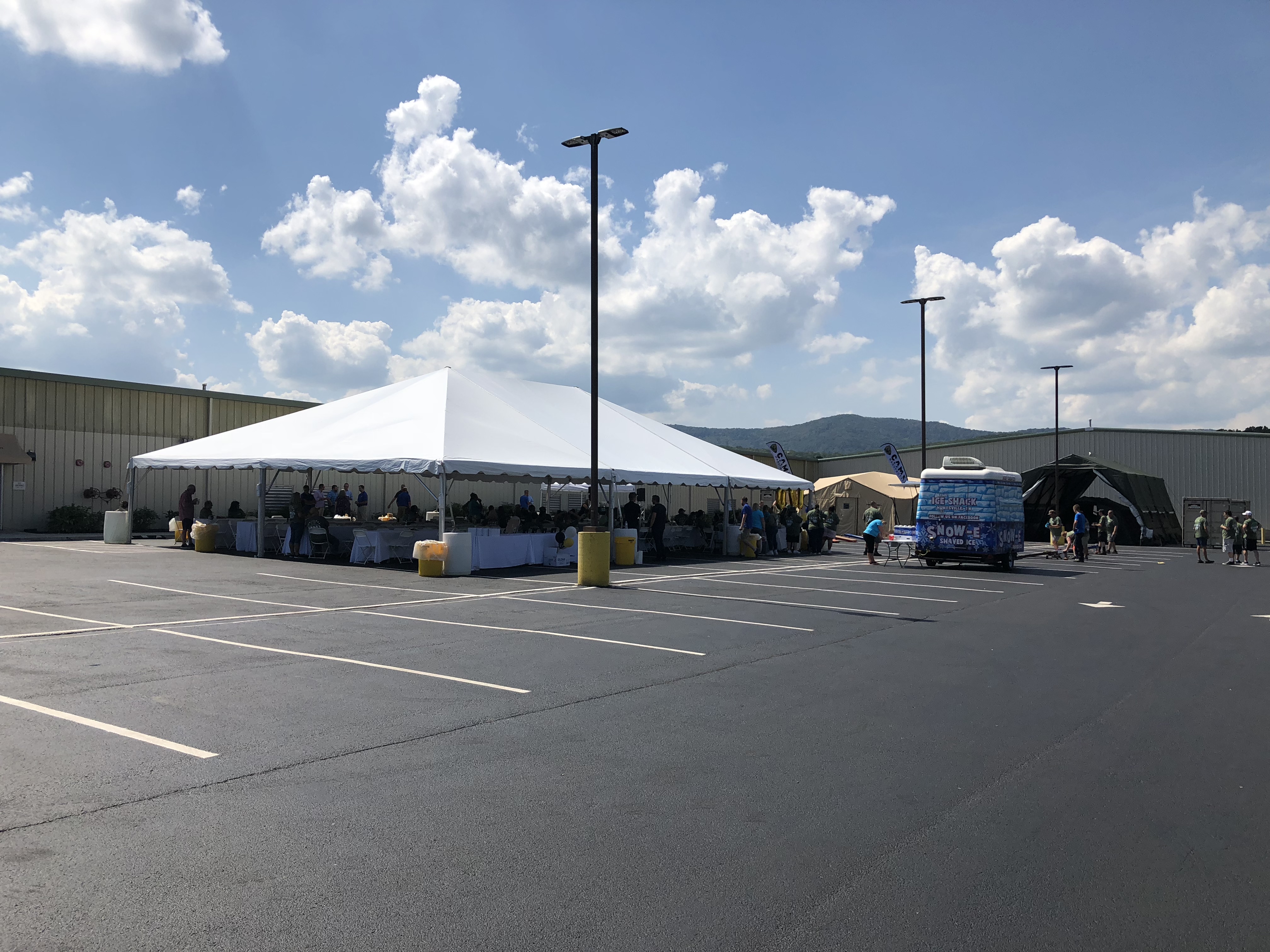 Caryville Mayor Bobby Stooksbury applauded Riffle and Camel for their contributions to the town, the county, the country and the world.  The mayor said Camel was the first tenant in the industrial park moving in in the late 1980s.  Campbell County Retired from the U-S Army and current Mayor E.L. Morton thanked the Camel workforce for keeping him safe during war and that he used their tents on three continents. 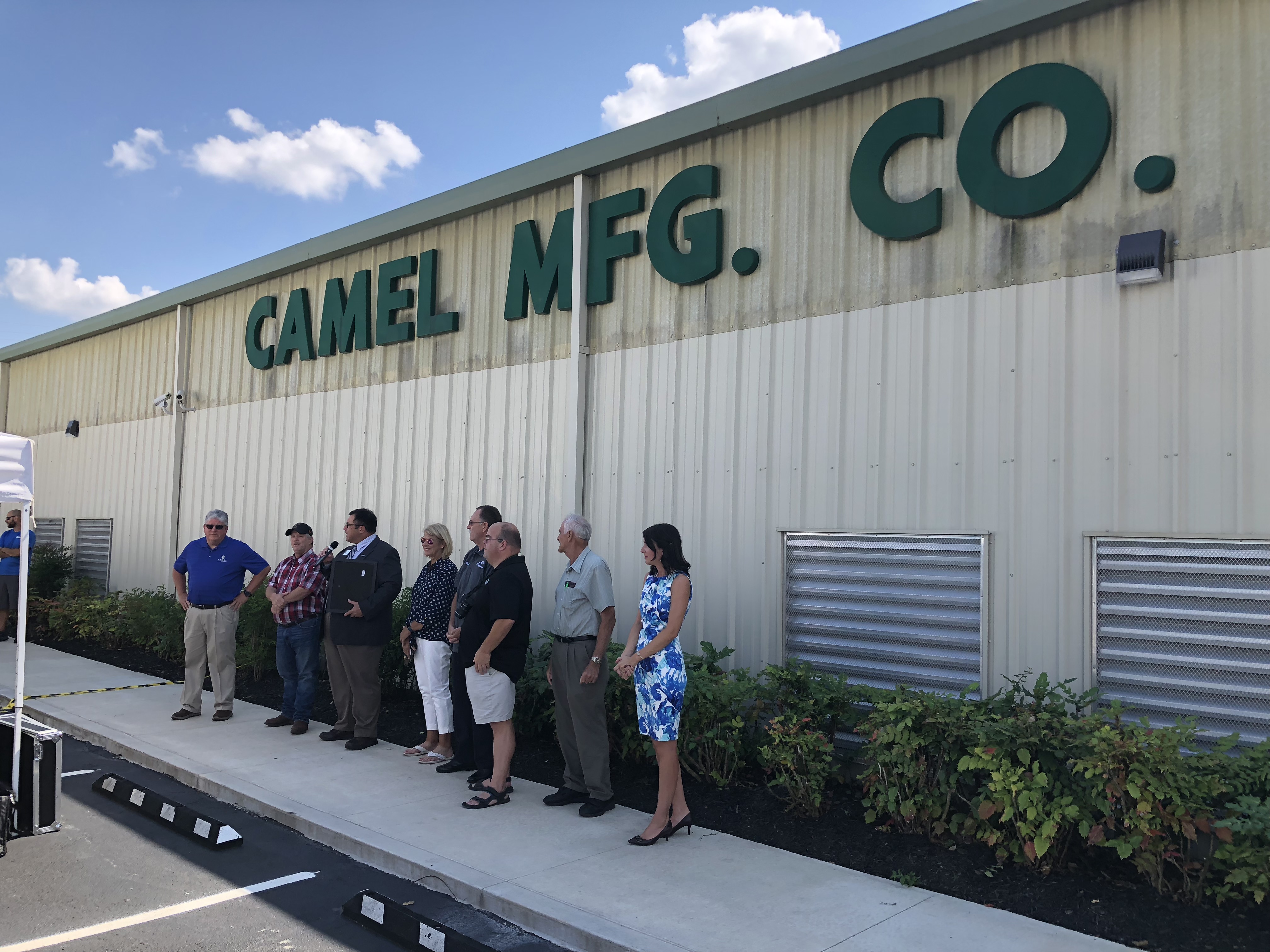 Riffle talked about how high, very, very, very , high the odds are of a business making it to a 100th year.  That noted, Campbell County is now home to three businesses that have been going for a century which adds to those. high odds  Peoples Bank of the South, celebrated its 100th year in business in 2017 while Woodson’s is in its 100th year this year.  (WLAF NEWS PUBLISHED – 09/18/2019-6AM)