JACKSBORO, TN (WLAF) – “My Little Man” is what Jim Shetterly called his only son, Jason, most of the time around family.  However, to others, he would introduce Jason as “My Son” in a proud voice that always let “Little Man” know he was proud of him.  On Tuesday, Jim’s voice went silent.

This afternoon, up on top of that big hill that overlooks Jacksboro is where Jason Shetterly will forever say goodbye to his hero, his father, Jim Shetterly.  For anyone, like me, who was ever raised by his hero, you understand.  You understand just how difficult a day like this is for a family.  But for a boy, now a man, to part ways with his hero, it is an altogether different set of emotions; emotions that cut right to the core of your being.

TOP PHOTO:  Jason calls this photo “one of the good moments.”  He was able to convince his dad to go with him to a Campbell Cougar Football game last season.  (Left to right) Jason, Jim, Jim’s grandson, Carson Meade, and friend C.J. Allen.

Through Jason’s eyes, he watched for years how his dad treated and cared for people, how kind he was to all and how he saw the good in people.  “The Jim Shetterly Way” was a way difficult to explain.  Though anyone knowing Jim understood through the way he treated others.  “Everyone else came before him and his needs.  He was the most unselfish man in the world,” said Jason. 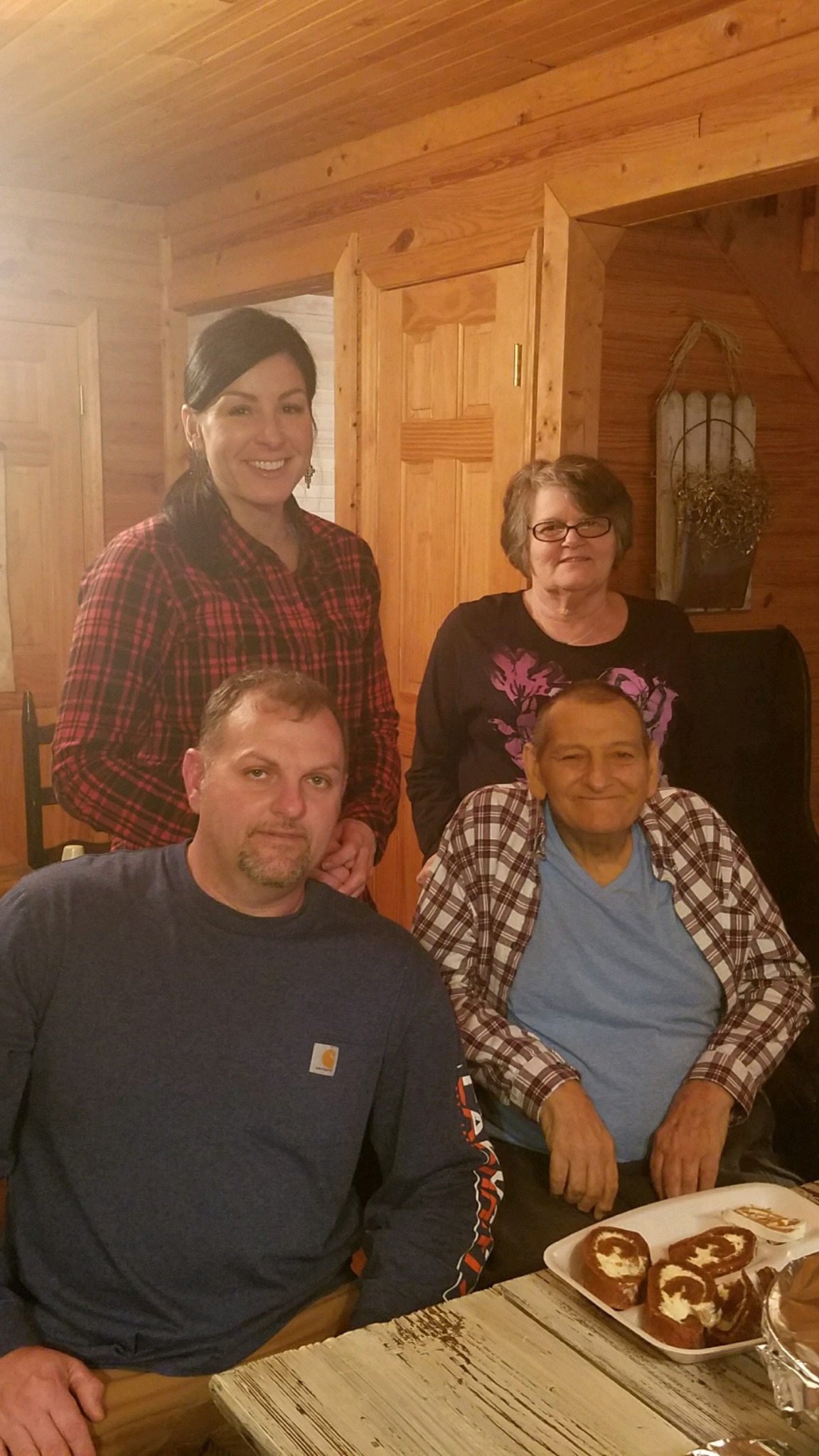 Little Man sits with his hero during the holidays with his wife Kasi behind him and mother Vicky standing on the right with Jim.

“As a kid, he never put me off on someone else.  If he went to the mountains or fishing or hunting or whatever, he would always take me along,” said “My Little Man.”  Jason added that as he grew up, Jim would always let him bring along a friend treating them as his own.

“He was truly my hero my whole life and will continue to be.  My hope is someday, I would be just like him,” The Little Man-My Son said. (WLAF NEWS PUBLISHED – 06/30/2019-9AM-PHOTOS COURTESY OF THE JIM SHETTERLY FAMILY)