There was another incident at Bo’s Place involving Nelson on Monday afternoon.  CCSD Sgt. Joe Hopson, one of the two initial deputies in February, was the arresting officer in this latest bizarre event.

Hopson detailed in his report that he answered the call at Bo’s Place just after 3:30 pm and spoke with the victim, a 49-year- old woman. “Nelson came into the store and began talking about someone taking his money, and that everyone was out to get him,” the woman reported.  She went on to say Nelson allegedly pulled out a wooden stick, the size of a  chop stick, that was sharpened to a point.   “Nelson leaned toward her and said – I could stab myself in the neck, but no, I could just stab you in the face,” according to reports. 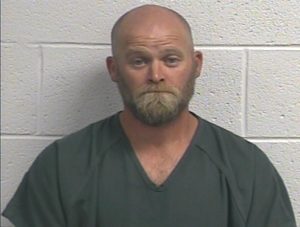 The victim, in fear of Nelson, was afraid he would come back and kill her.  Hopson found that Nelson did display a deadly weapon, and the woman was placed in fear for her life, the report said.

Nelson left the store and came back causing a scene about his money before throwing his change in the parking lot and leaving, according to the report.  Two witnesses gave Hopson the same account of the offense committed by Nelson.

Nelson remains housed in the county jail this morning and is scheduled to appear in General Sessions Court on Thursday, March 14.  (WLAF NEWS PUBLISHED – 03/06/2019-6AM)