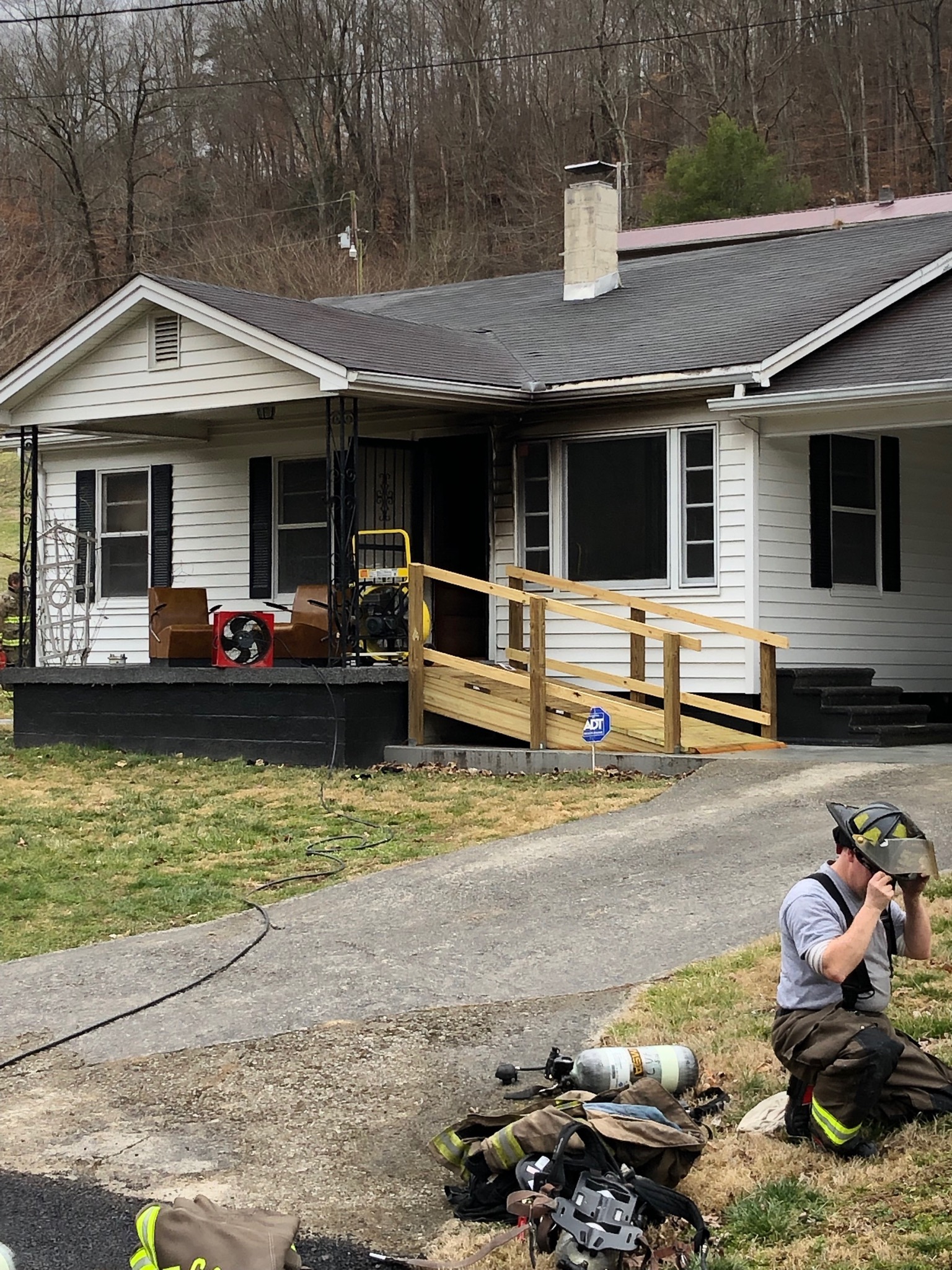 Caryville Mayor and firefighter Bobby Stooksbury lives on Lake Lane.  That’s just down the street from where a house fire was called in to 911 during the lunch hour on Friday.

Stooksbury  happened to be home when the alarm came in at 12:39 pm, and rather than taking time to run to the fire hall for his gear, he instead hustled down the street to the fire.  Dispatch had alerted firefighters there was a male still inside the home on oxygen.

The report indicates smoke was showing when Stooksbury arrived.  He went inside the home, and through thick smoke,  located 62-year old Cathy Chercourt in the living room.  He was able to get her to the front door right before Caryville Police Officer James McCall made it to the scene and helped Stooksbury carry her out into the yard.  Chercourt was taken to the La Follette Medical Center suffering from smoke inhalation.

Caryville Fire Chief Eddie Hatmaker said Chercourt had gone to the store, and when she came back home, she saw smoke coming out of her house.  She was the one who called 911, and after that, called her husband, Michael, but he did not answer.  That’s when she went inside the home.

Firefighters arrived at the home three minutes after the call was dispatched and contained the fire to the left back bedroom.  That’s where they located the body of 63-year old Michael Chercourt.  He was in the floor beside his bed.

The chief said the fire remains under investigation.  It is not a suspicious fire even though the state bomb and arson squad was called in to investigate, Hatmaker said.

The Chercourt family had just moved into their new home a few months earlier.

A total of 22 firefighters worked the fire.  The Caryville Fire Department was assisted by units from Jacksboro, La Follette and the Campbell County Rural Fire Service.  All agencies worked a house fire at Duff just after daybreak Friday morning.  (WLAF NEWS PUBLISHED – 02/04/2019-6AM)