It took a few weeks to arrest him, but the disposition of his case was quick. 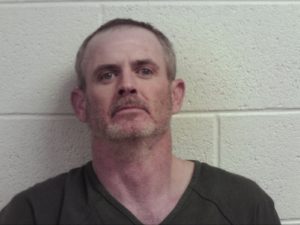 Corner was arrested Sunday and in court by Thursday

Eddie Dewayne Corner fled from a traffic stop just after Christmas and spent a few weeks eluding authorities. However, his luck ran out Sunday when police caught him.

Yesterday afternoon, Corner learned the outcome of his crimes.

He pleaded guilty to resisting arrest, DUI, theft under $1,000 and evading arrest.

Corner was given two years’ probation along with a one year loss of his driver’s license. He was ordered to pay $138.14 in restitution and forfeit $100. Corner will also be subject to random drug testing during his probation.

After several weeks of searching, deputies with the Campbell County Sheriff’s Department arrested 44-year old Corner late Sunday afternoon. Corner was found hiding in his girlfriend’s home on Springfield Dr., in LaFollette. He was hiding in a return air duct. (WLAF NEWS PUBLISHED – 01/18/2019-6AM)