UPDATE:  WLAF has been told that this is an ongoing investigation and more details will be available later.

The scene of what is believed to have been a hostage or barricade situation is secured.  That word of “secured scene” comes from La Follette Chief of Police Bill Roehl  just after 8 am this morning.  Roehl’s SWAT team was momentarily on standby in support of the Campbell County Sheriff’s Department.  The staging area was at the Big Creek Gap Baptist Church. 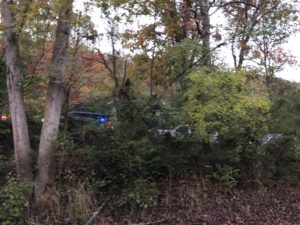 An ambulance was dispatched to the scene above

The incident began with a “shots fired” call coming in to E-911 Dispatch just before 7:30 am on Wednesday.  About 15-minutes later, the call for an ambulance to be on standby at the church was sent out.

At 8 am, more deputies with the CCSD arrived on the scene as an SUV of LPD SWAT team members followed the deputies to the scene in the 1100 block of south Highway 25W.  That is just outside the northside city limits of La Follette above the Big Creek Gap Baptist Church. 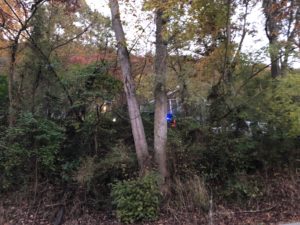 Moments after 8 am, the ambulance from Campbell County EMS drove on to the scene at the blue house that is situated on a high bank on the east side of the highway.