La Follette Police made a wake up to 500 River Drive just after 7 am on Monday morning.   The Tennessee Highway Patrol assisted the LPD’s Drug Unit and Special Response Team in a raid on the La Follette home of Willis York. 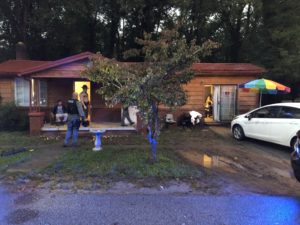 The 60-year old York was at the home along with a few other other people on the front porch and inside the home.  One perspon from the home was placed under arrest by the La Follette Police Department.  She is Valerie Phillips on charges of possession of schedule III and IV drugs.  For the 46-year old Phillips, this is her 11th time booked into the county jail with each booking being on drug related charges according to an official at the jail. 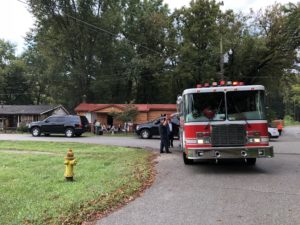 Firefighters with the La Follette Fire Department were called in just before 9 am Monday to open a safe at the home on 500 River Drive.