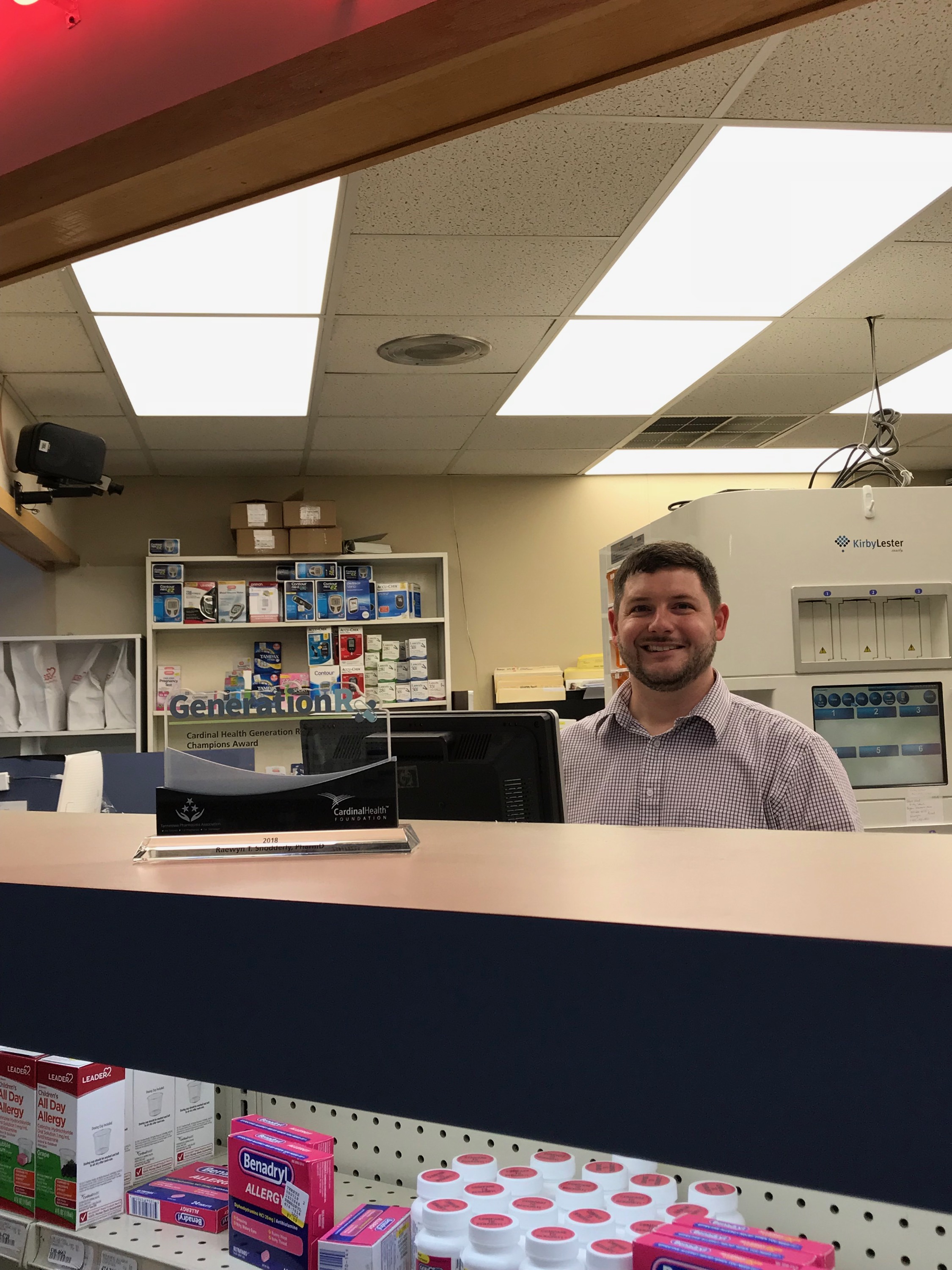 Rissa, Raewyn and the staff are excited to announce a new edition to their Terry’s Pharmacy team.  Please welcome Terry’s new pharmacist, Dr. Shaun Lynch, PharmD to the La Follette Terry’s Pharmacy.    Shaun (pictured above)  is a native of Caryville, Tennessee, and was raised in the Bruce Gap Area.  He currently resides in Caryville with his wife, Kayla and child Teddy.  Shaun brings to the Terry’s Pharmacy team many years of management experience.  Prior to joining the Terry’s Pharmacy team, he began his career as an intern at Franklin Woods Community Hospital in Johnson City and then later joined Walgreens Pharmacy in Oneida, Tennessee.  He is a graduate of Campbell County High School, Lincoln Memorial University with an Associate of Science in Nursing degree, and the East Tennessee State University Bill Gatton School of Pharmacy.  He is licensed Pharmacist and Registered Nurse. 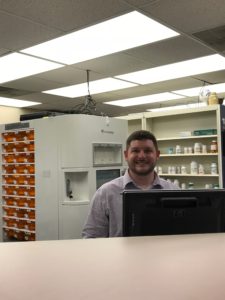 Shaun (above) is the son of Paul and Nancy Lynch, both retired school teachers from the Campbell County School System.  His grandparents were Dan and Mary Daughtery.  Dan was a pastor and coal miner.  His other grandfather was Glen Lynch.  He was owner Lynch Farm Eggs for years mainly serving the Corner Market and several other grocers through town.

Shaun is excited about beginning his journey in a locally owned pharmacy.  Shaun stated, “I am excited about joining the family atmosphere and being able to make a difference in the lives of the people in our community.”

Terry’s Pharmacy has two locations to serve you in La Follette and Jacksboro and is a full service pharmacy.  Free county-wide delivery, immunizations (flu, pneumonia, shingles tetanus, HPV and many more), compounding, diabetic shoes, testing supplies, nebulizing equipment and durable medical equipment such as walkers, canes, and potty chairs are some of Terry’s many services.  In addition, Terry’s has a wide variety of over the counter medications and vitamin supplements.  The pill packaging service Terry’s offers packages medications for a week or a month, and the packages are delivered to  patient homes taking the pressure away from the patient and the caregiver.

Rissa, Raewyn and the Terry’s staff encourage you to stop in and say hello to Shaun at the La Follette Terry’s Pharmacy.   Terry’s Pharmacy’s theme is “Let our family take care of your family!”  (WLAF NEWS PUBLISHED – 09/11/2018-6AM)