La Follette Police continue ramping up its efforts against illegal drug activity.  Those efforts continued today after a busy day on Friday. 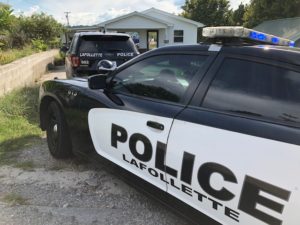 Officers were at the home of Kyle Mallicote at 308 and 310 South Cumberland Avenue executing a search warrant after a several weeks investigation.  One officer tells WLAF that felony amounts of marijuana and drug paraphernalia were found. 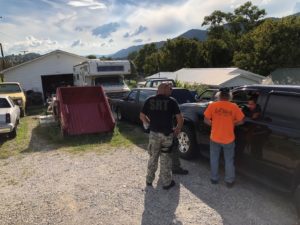 The 59-year old Mallicote (orange shirt) was not arrested today.  Police say he was cooperative and very nice.