Isaac Jones wants to start a movement for kids who are being bullied.

Jones has been bullied since he was in the first grade at Caryville Elementary School, he said.

He was a home-bound student at one point due to his autoimmune disorder that is triggered by stress, the family said. The stress was allegedly brought on by the unaddressed bullying issues. The family tried to address the issue but didn’t receive any help until this past school year. 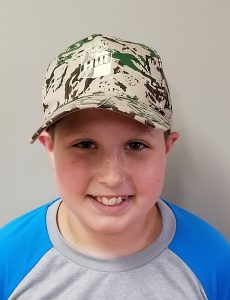 In January, Isaac told his mom he felt like nothing would change until they went to the school board. This prompted the parents to speak with Johnny Bruce who began to mentor Jones and help with the issue he was facing.

Through this experience, Jones came up with the idea of creating an app where kids can report bullying and abuse without any repercussions from the person who is bullying them. Ideally, Jones would like for there to be some accountability with this information inside the app. He would like the information to be marked as seen, who it was seen by and the outcome of the situation.  He also wants to start a movement called “Let’s Get Loud About It,” in hopes of people talking freely about bullying. Jones also wants to promote area resources for kids who are victims of bullying or the bully.

Jones has spoken with County Mayor EL Morton and the county commission about his movement. On Aug. 1, Jones will be at Lonas Young Park for the movie on the water promoting his movement. Jones family has established a go fund me page Let’s Get Loud About It to raise money for t-shirts and bracelets that he will give away during the event.

3 Replies to “Jones turns personal experience into a movement”