General Carl W. Stiner and friends returned to Fort Bragg, NC on Wednesday for a day of reminiscing and visiting old acquaintances.

Lansden Hill, Jim Jenkinson, Chip Dill, Mike Walden, and Logan Hickman (pictured above) joined GEN Stiner on a day that created a lifelong memory. There were so many highlights. 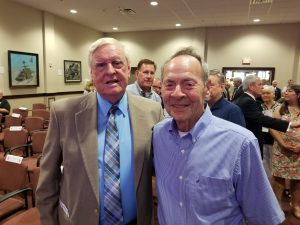 Mr. York’s father, Alvin C. York, was inducted into the 82d Airborne Division Hall of Fame on Wednesday. Sergeant York, from Pall Mall, Tennessee, is known for receiving the Congressional Medal of Honor for his heroic actions with the 82d Division in France during WWI. 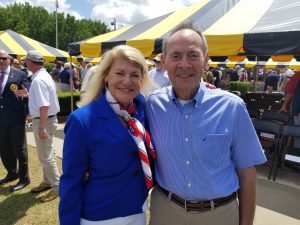 General Dunwoody was also inducted into the Hall of Fame and has the distinction of being the US Army’s first female four-star general. 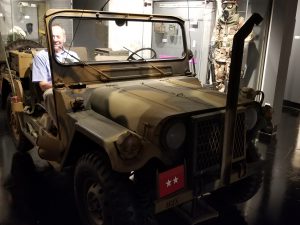 The group visited the 82d Airborne Museum. General Stiner’s M151 jeep is on display inside the museum.

General Stiner was the last 82d Airborne Division commanding general that traveled in the M151. The jeep was later replaced by the HMMWV. The group stopped by the XVIII Airborne Corps Headquarters where they viewed more photos of General Stiner and visited with Travis Bell. 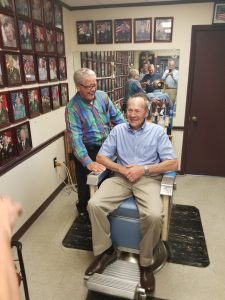 Mr. Bell has been cutting hair in the Headquarters for 51 years. He has reportedly cut the hair of 35 four-star generals. 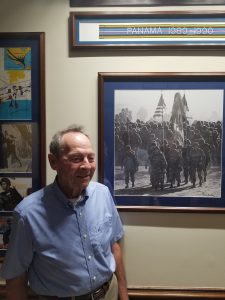 The group concluded the trip by visiting the Airborne and Special Operations Museum in Fayetteville, NC.

On a crowded day, one visitor after another recognized General Stiner and shared their fond memories of having served in his commands. Many asked for a photograph. Those that traveled with the General for the day saw one example after another of his tremendous impact on the United States Military. (WLAF NEWS PUBLISHED – 05/28/2018-6AM-PHOTOS AND STORY COURTESY OF LOGAN HICKMAN) 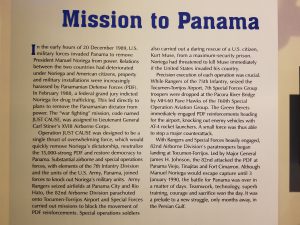