A Campbell County Jury found Marty Lynn Ray guilty of four counts of rape of a child; Class A felonies.  After a two-day trial, the verdict was reached late Friday afternoon in Campbell County Criminal Court at Jacksboro. 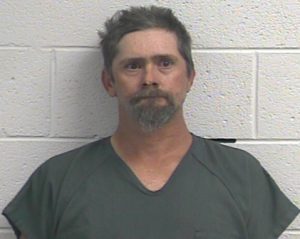 Ray, of Cherry Bottom Road-Caryville, was initially charged on November 10, 2016. The arrest followed an investigation by Detective-Sergeant Ricky Lee Jeffers with the Campbell County Sheriff’s Department.  Ray (pictured above) was arrested at his Cherry Bottom home without incident.

Investigators acted on a request from the Tennessee Department of Children’s Services to further investigate allegations made by a young female.  That was in July 2016.