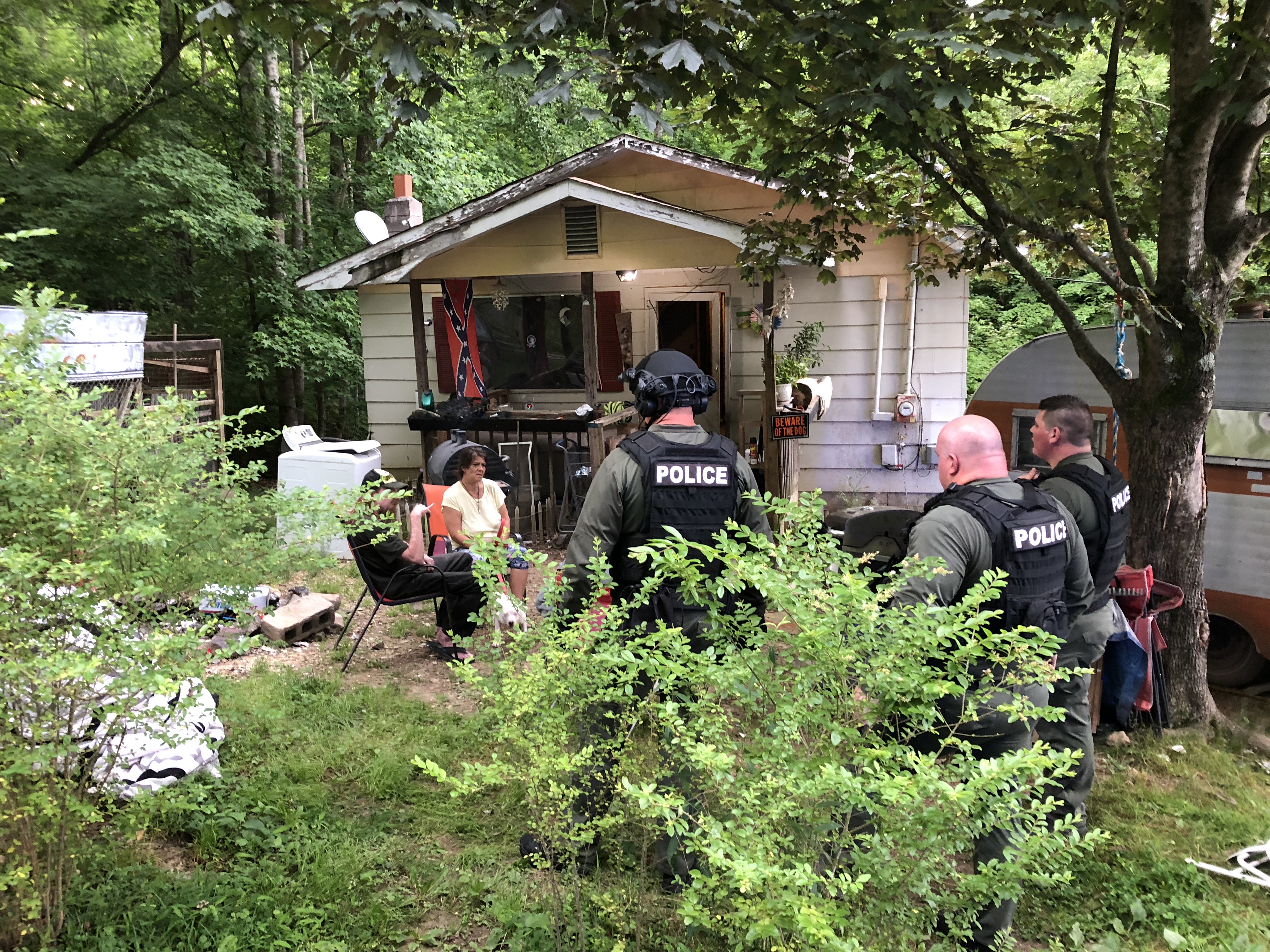 Some of the residents at 184 Big Springs Lane sat outside the home while investigators combed through the home and a camper sitting in the front yard.

LAFOLLETTE, TN (WLAF) – Members of the La Follette Police Department’s Drug Unit and Special Response Team and the 8th Judicial District Drug Task Force executed a narcotics search warrant around 7 am on Tuesday morning at a home off Ridenour Lane. Michael Marsh, age 41, of Jacksboro was arrested when LPD and DTF officers executed a narcotics search warrant at his home.

Investigators report that they’ve been making undercover drug buys at a home at 184 Big Springs Lane for the past couple of weeks.  Prescription pills and marijuana were purchased as investigators strongly suspect other drugs are being housed and sold from the residence. 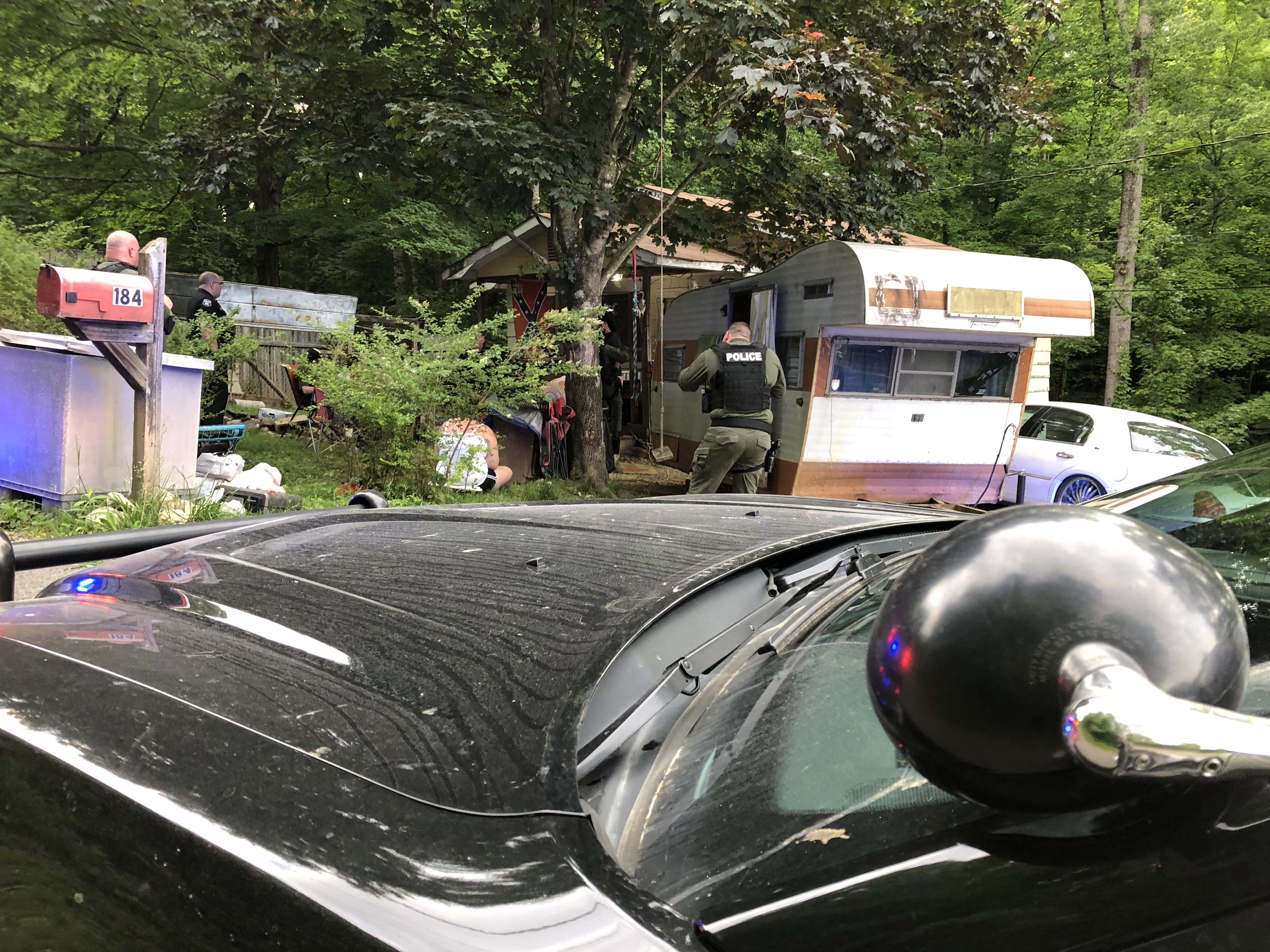 Six people are said to be living either in the home or camper sitting in the front yard of the home; four males and two females.  One officer said “six people and lots of pit bulls are here.” 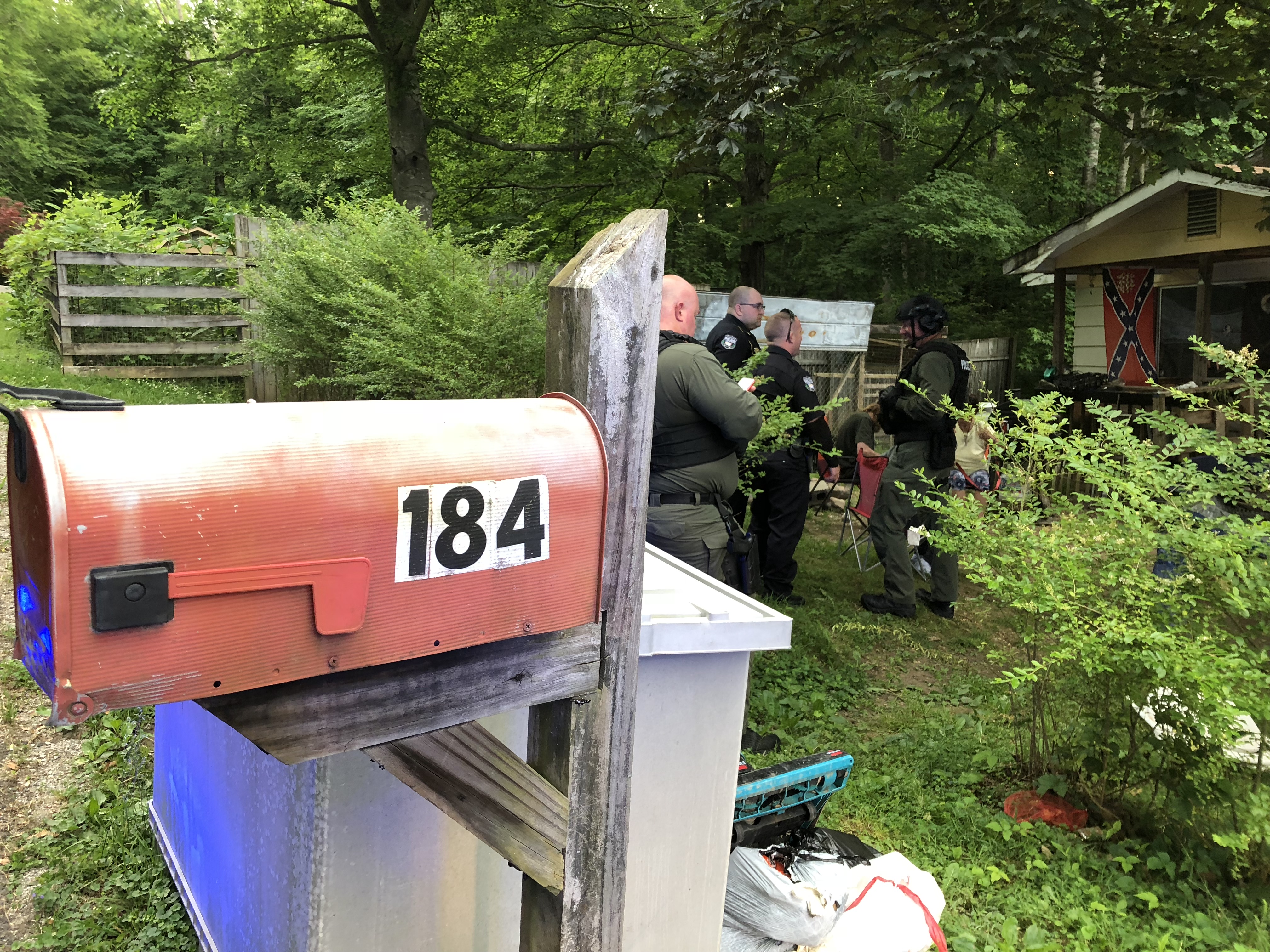 LPD Captain Stephen Wallen said, “Our main target is a man named Micheal Marsh.”  Marsh spent time inside the home with investigators while other residents of the property were outside.

Wallen said “Marsh was arrested and charged with two counts of possession of a schedule II drug (prescription pills) for resale and possession of a schedule VI drug (marijuana) for resale.”   The 41-year old Marsh, who said his address is 184 Big Springs Lane in Jacksboro, has previous arrests according to jail records.  (WLAF NEWS PUBLISHED – 06/02/2020-8AM-UPDATED – 06/02/2020-9:45AM))