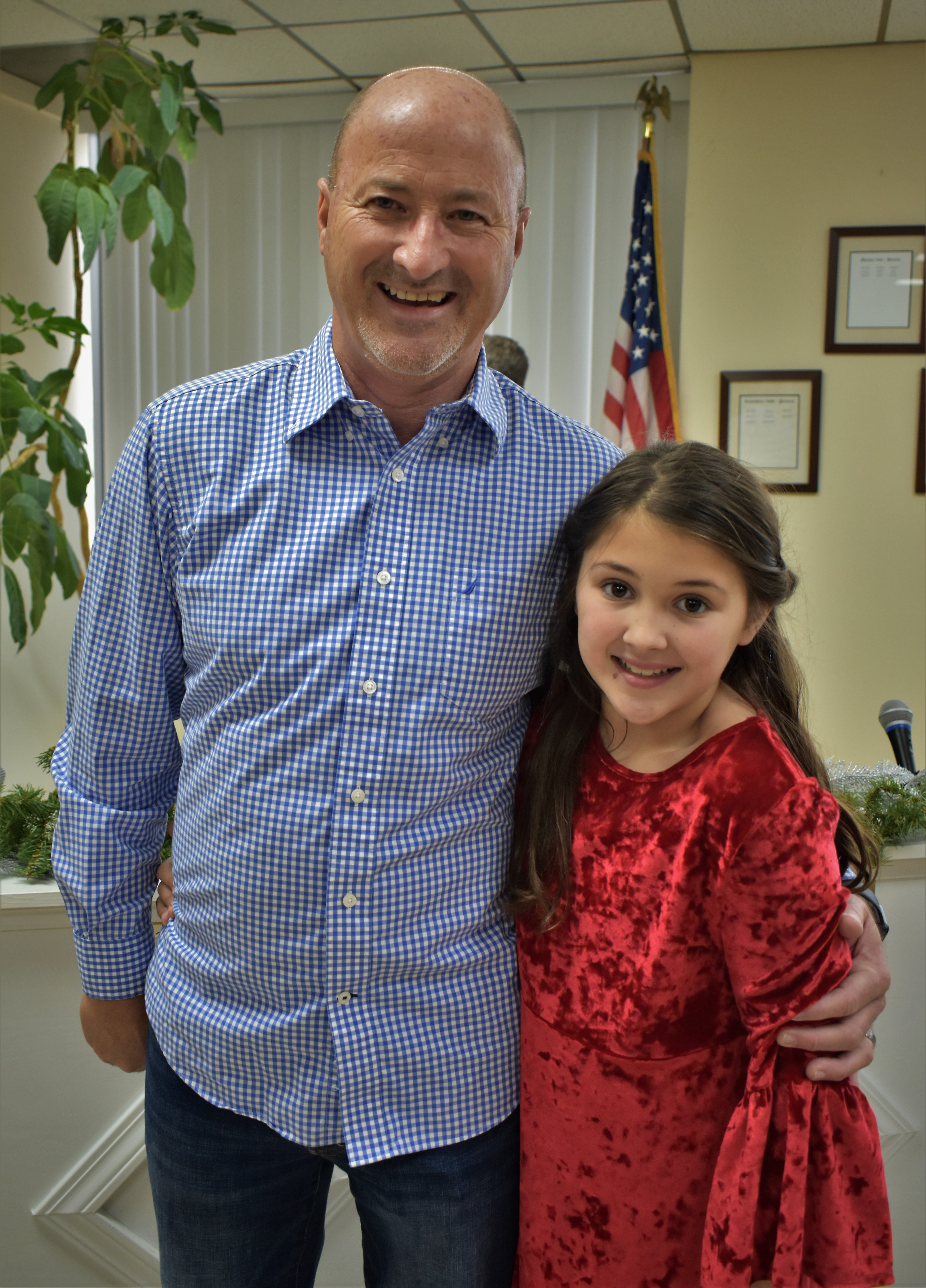 A beaming Danny Chapman with his granddaughter Preslee Chapman.

JACKSBORO, TN (WLAF) – It was the worst kept secret in town; Danny Chapman’s surprise retirement party.  Though the 30 year law enforcement veteran wasn’t surprised, he was clearly the happiest person in the room.After 22 years as the Jacksboro Chief of Police, Chapman announced his retirement last month, and in the same room where he made that announcement, council chambers, he was celebrated on Tuesday.  The room was full of friends, family and fellow members of the law enforcement community.  However, based on his love and respect for fellow officers, it was all family there yesterday.

See all of Charlie Hutson’s photos HERE from Tuesday’s celebration for Chapman.

“This is exciting to retire and get moved on with my life in another direction,” said Chapman.  He was all smiles as Mayor June Forstner fought back tears even though she couldn’t in November when the chief took his plan public. 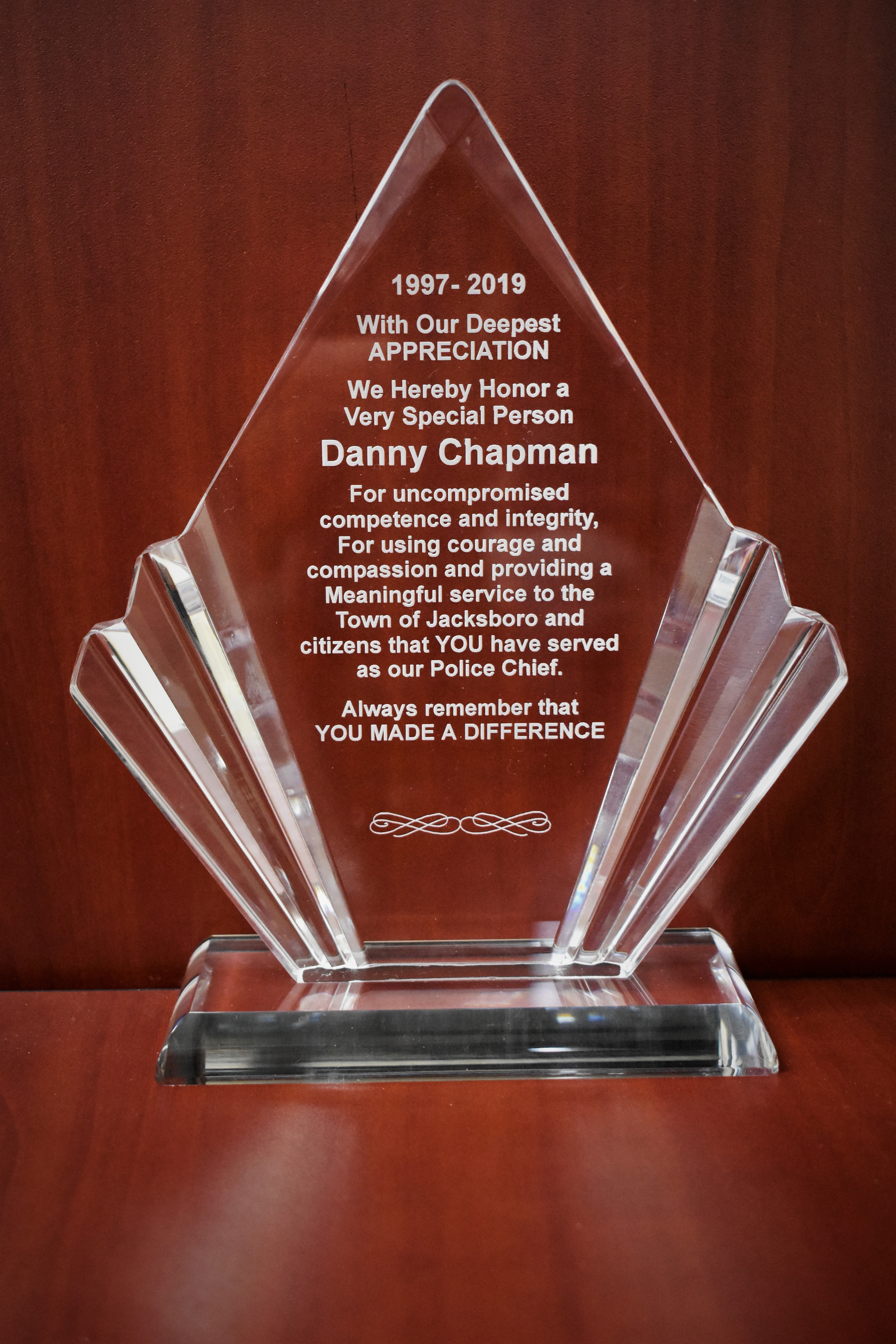 The mayor opened the ceremony presenting Chapman with a glass plaque (above).  She said, “We truly appreciate and thank you for the last 22 years and six months that you have represented, with honor and integrity, the citizens and employees of the Town of Jacksboro.  Your faith, strength, passion and praise for our Lord Jesus Christ has made you one of the best examples we will ever be associated with.”

Chapman said of his wife Gina, “my wife stood behind me, and it takes a good woman (to do that).  She put up with a lotta things.”  The couple married around the time he was named chief. Lots of well wishers came through Jacksboro Town Hall on Tuesday from noon until 2 pm.

The 1982 graduate of Campbell County High School was a champion for Shop with a Cop.  He and his best friend, the late Detective Mike Starrett, teamed for that event for years.  The detective died from injuries sustained in a wreck while he was on duty in 2015.  Chapman said, “That was probably one of the hardest things I ever had to deal with while in law enforcement.” 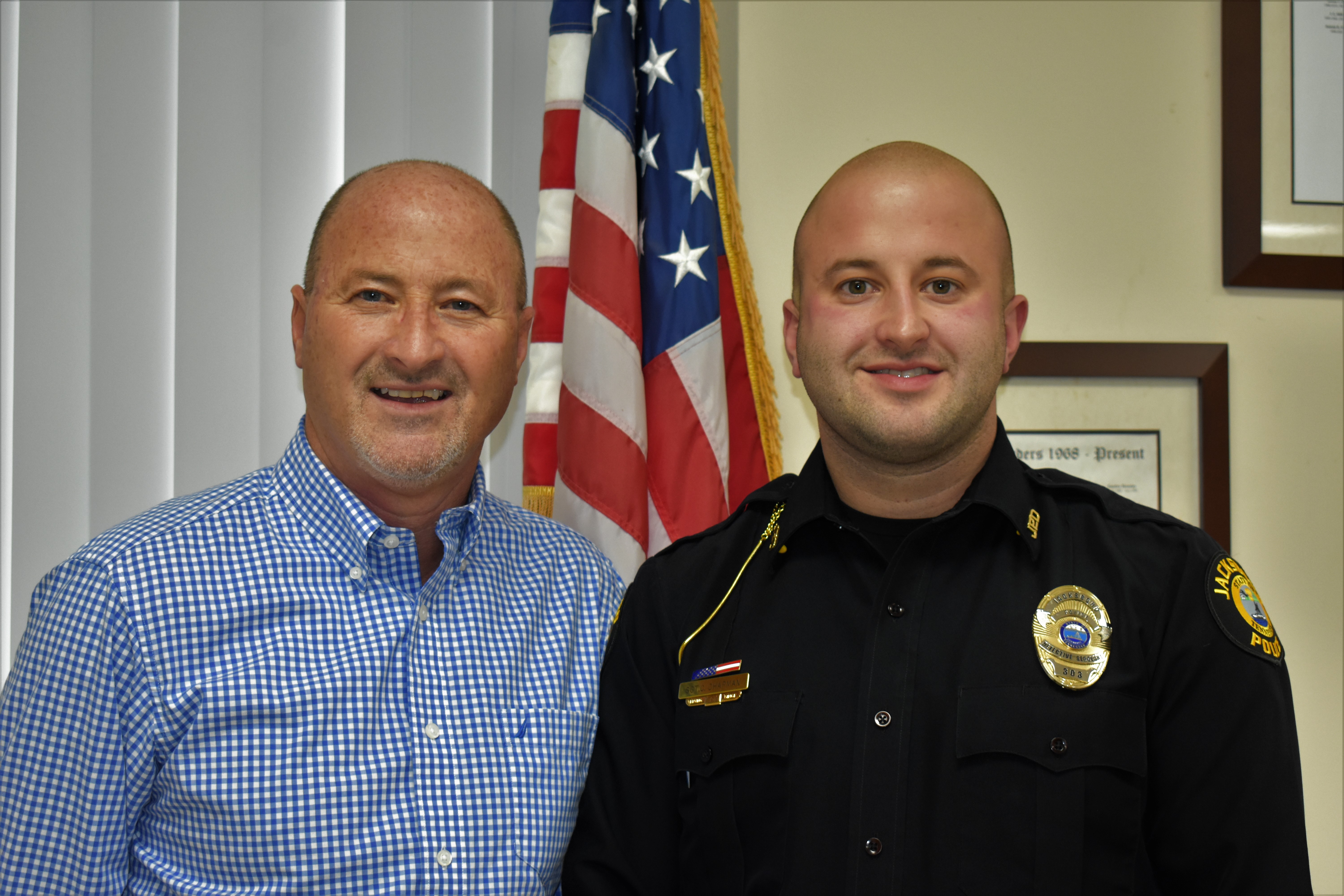 Like father.  Like son.  Cody Chapman, a nine year law enforcement veteran, (right) has followed in his father’s foot steps.

Chapman said, “There are so many officers out here that support each other.  That’s what we do, and a good relationship with all law enforcement has always been my goal; to get along with other departments.  That working together has happened, and we do work as a team.”  He calls that relationship one of the biggest things he enjoyed as he worked with other agencies.

“I prayed for the Lord to keep me safe everyday.  And he did,” said Chapman.  He closed by saying, “God Bless you, and I appreciate you.”  (WLAF NEWS PUBLISHED – 12/18/2019-6AM-PHOTOS COURTESY OF WLAF’S CHARLIE HUTSON)

3 Replies to “‘I loved every minute of it’ – Danny Chapman”