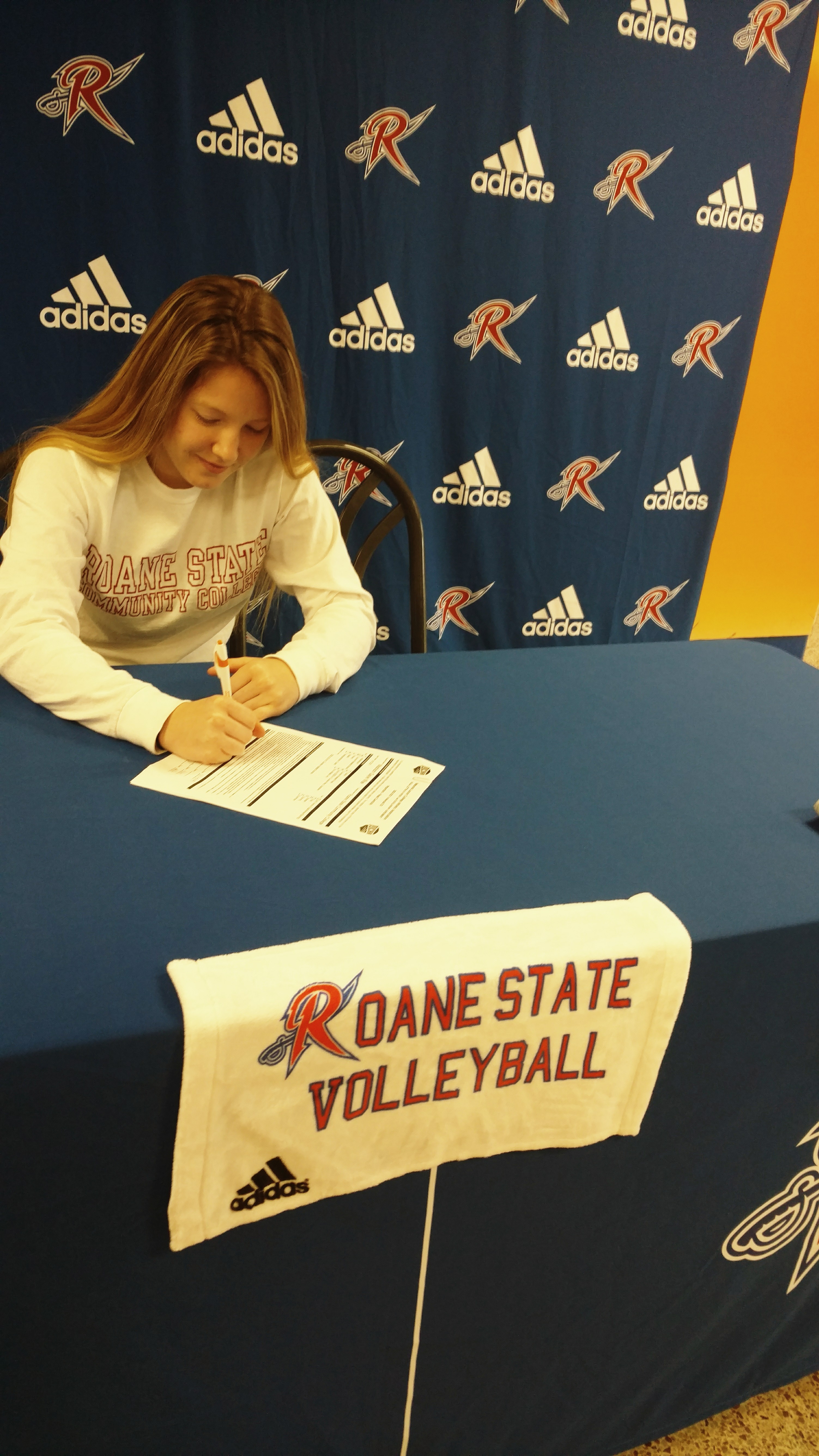 Madison Wise signed to play volley ball with the Roane State Lady Raiders on Tuesday.
By Charlotte Underwood
JACKSBORO, TN (WLAF) – Lady Cougar Volleyball player Madison Wise signed scholarship papers with Roane State Community College on Tuesday.
Wise, a senior at Campbell County High School, said she was excited to be going to Roane State. Her parents, coaches and team mates were there to cheer her on.
For the past four years, Wise has been coached by Renee Wormsley at CCHS. “I’m so proud of her,” Wormsley said, adding that she knew playing college ball was one of Madison’s dreams. “I’m looking forward to seeing her play in the future,” Wormsley said. 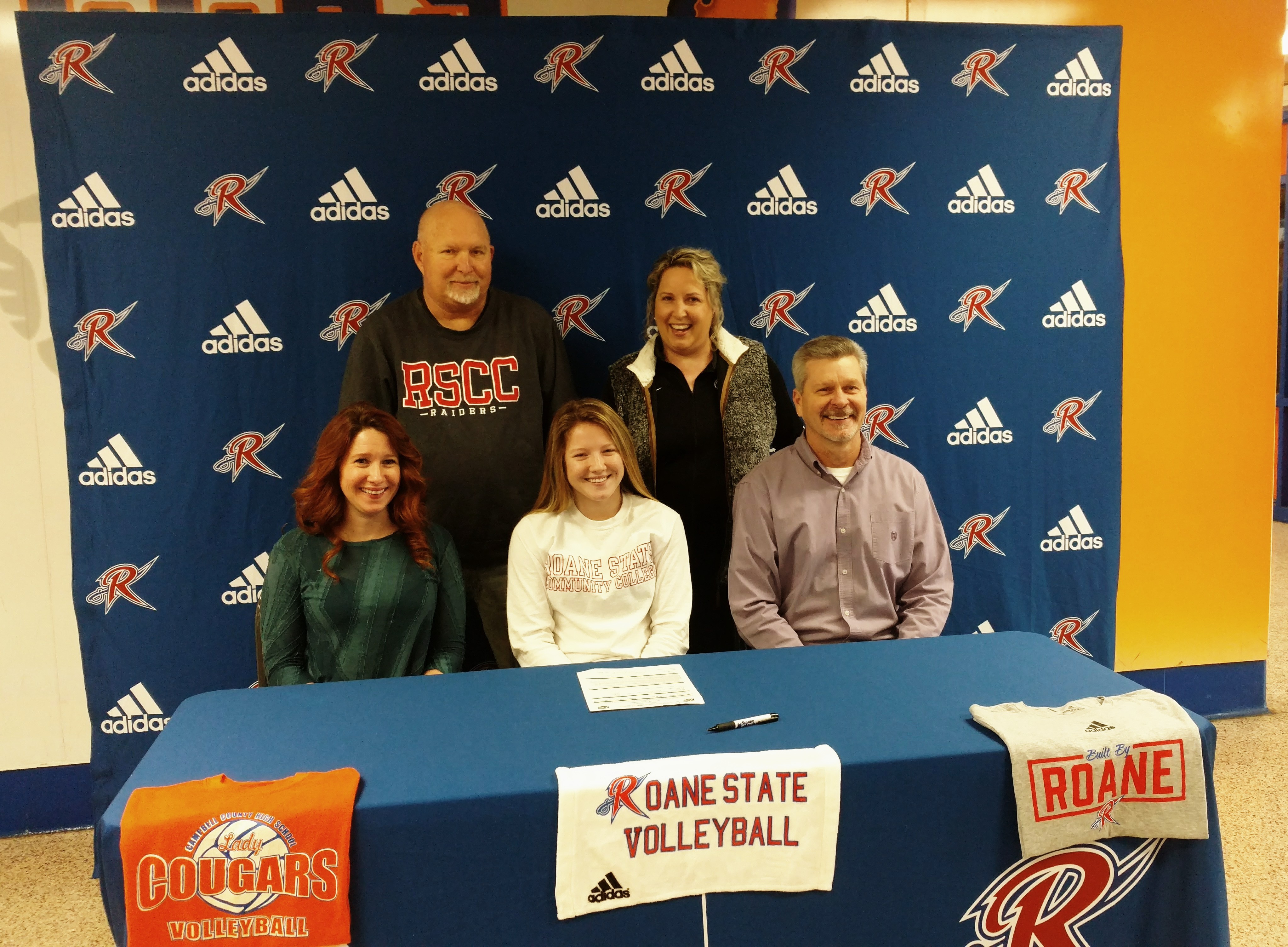 Madison Wise will be playing volley ball for Roane State. She was joined for the signing by her parents Amber and Gregg Schneider (seated) and CCHS Coach Renee Wormsley and Roane State Coach Steve Dallman (standing.)
Once at Roane State, Wise will be coached by Steve Dallman, who said he was excited to have her “experience on the team and to be starting a new program.”   While at school Madison plans to study business and hopes to start her own construction company someday.
Wise is the daughter of Amber and Gregg Schneider. Both said they were “incredibly proud of her.”  “We’re very excited to see her go and be a part of the new program; she has the opportunity to set the bar,” Gregg Schneider said.  (WLAF NEWS PUBLISHED – 12/18/2019-6AM)