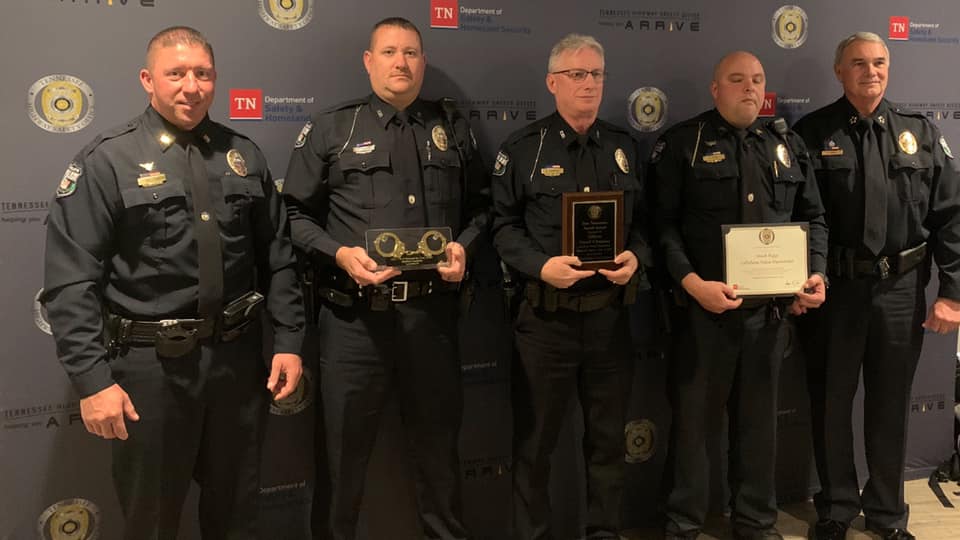 Congratulations go to La Follette Police Officer Matthew Sandefur who received the “Beyond the Traffic Stop” award for going above and beyond on a recent traffic stop that lead to the apprehension of a wanted career felon and multiple additional charges.  Officer Darryl Chapman is congratulated for receiving the Tennessee Highway Safety Office “Speed Enforcement Award.”  Sgt. Noah Riggs is also congratulted as he was recognized with a letter of appreciation from the Tennessee Highway Safety Office for his hard work and dedication.

La Follette Chief of Police Bill Roehl said, “We are proud of these officers and honored to have them as part of the La Follette Police Department. (WLAF NEWS PUBLISHED – 12/03/2019-6AM)