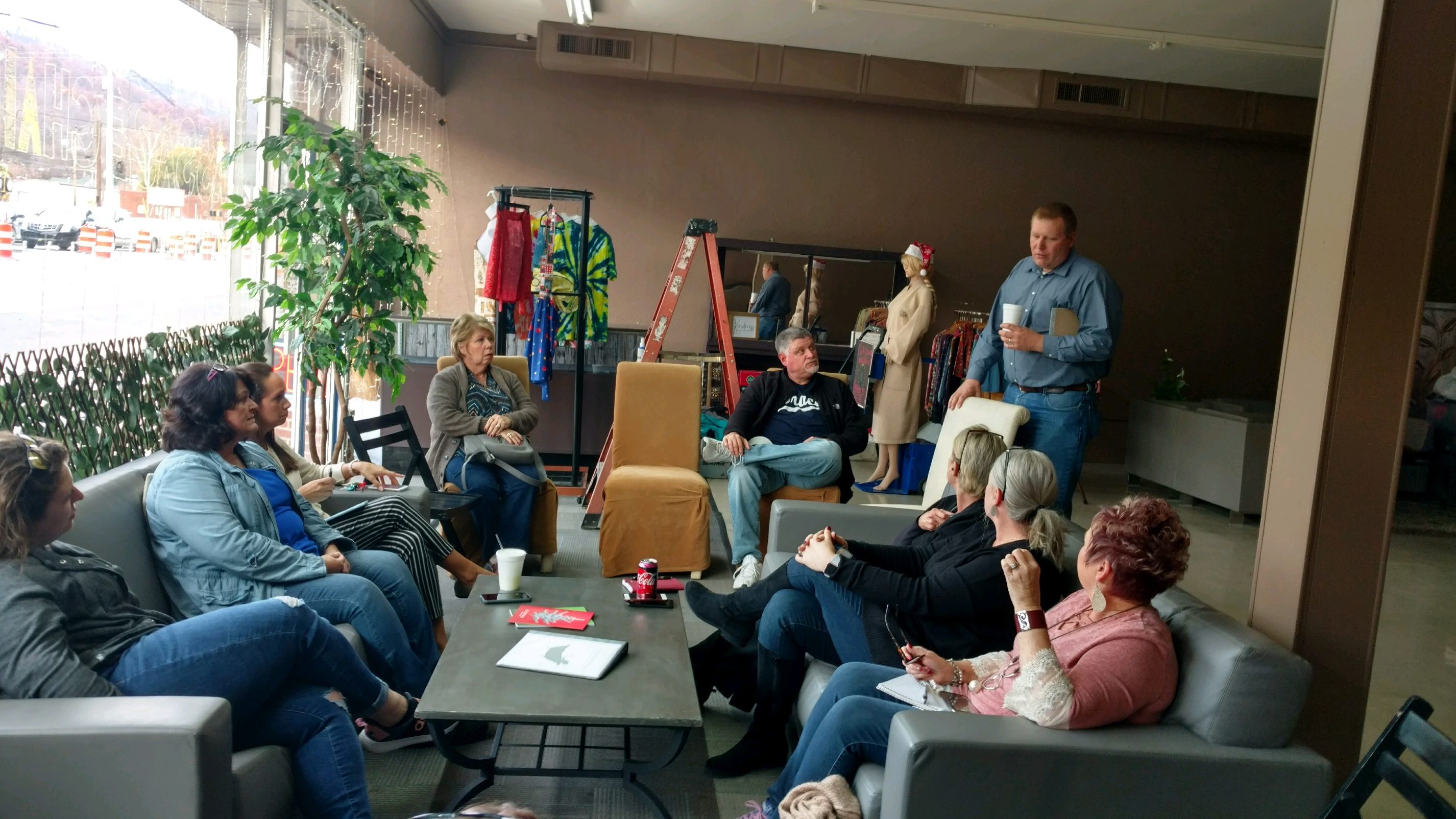 LaFollette City Administrator Jimmy Jeffries (standing) met with downtown merchants to discuss ways to promote business for the holidays. Several Christmas events are in the works.

LAFOLLETTE, TN (WLAF) – Downtown LaFollette business owners and city administrator Jimmy Jeffries held a town hall meeting on Wednesday to discuss ways to spur business for the holidays.  According to downtown merchants and the city, business has been down since the construction closing of the lane in front of many of the downtown businesses. The bridge has been shut down since mid-September, and this has affected parking and decreased business, according to merchants.To combat this and to also provide holiday activities for the community, the city and merchants are planning several holiday events on the three Fridays leading up to Christmas.

The theme has tentatively been set as Downtown Country Christmas.

Nothing is set in stone, but several activities being planned include possible hay rides, carol singers, holiday music as well as gift give-a-ways for those who visit all the shops in downtown. Light refreshments such as hot chocolate, cider and popcorn would be sponsored by the city. Discussion of a face painter and photos with Santa, as well as lighting ceremony at the park is also in the works. Details are being finalized and the group will to meet again on Tuesday, Nov. 26 at noon at Ahh Spa to hammer out the remaining plans. The current plan is to hold these events each Friday leading up to Christmas from 6 to 8 p.m.

“We just need something to bring more people out to the streets and the downtown businesses in LaFollette; the city wants to help if we can,” Jeffries said.