PHOTO ABOVE:  This is a look from back in the Spring at one side of Stinking Creek Road that was paved and one side that was yet to be paved. 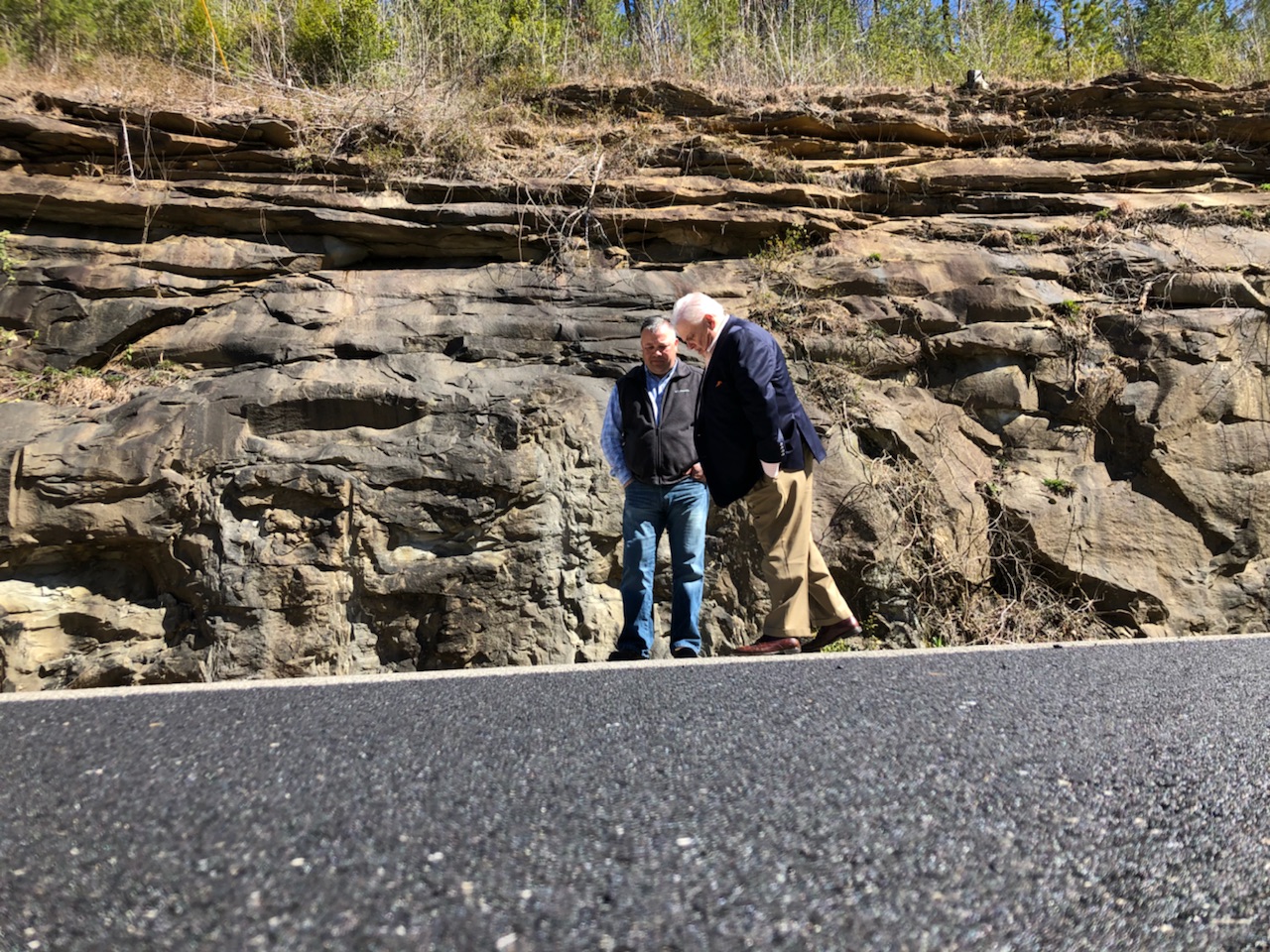 ABOVE:  Ron Dilbeck (left) and Ken Yager (right) take a look at the progress that was being made on the repaving of Stinking Creek Road in the Spring of 2019.

STINKING CREEK, TN (WLAF) – Monday’s event orchestrated by Marsha Bruce was a celebration that many said would never happen.  Sen. Ken Yager who orchestrated efforts to get the Stinking Creek Road paving project on track heard it said that it couldn’t be done.    Once Campbell County Road Superintendent Ron Dilbeck approached Yager to begin conversations about seeing if he’d help, it took three years for the long ago request to come to fruition followed by the celebration.

Dilbeck said, “When the Improve Act was passed, everything changed.”  The act provides local governments with a portion of the gas and diesel tax increases over three years to fund roads.

Dexter Justice, with TDOT’s Knoxville office, is the project development director for Region 1 and asked the crowd “what’s the most important road in the state?  The one you live on.”  He went on to say, “It’s not common for the state to pave a county road.” 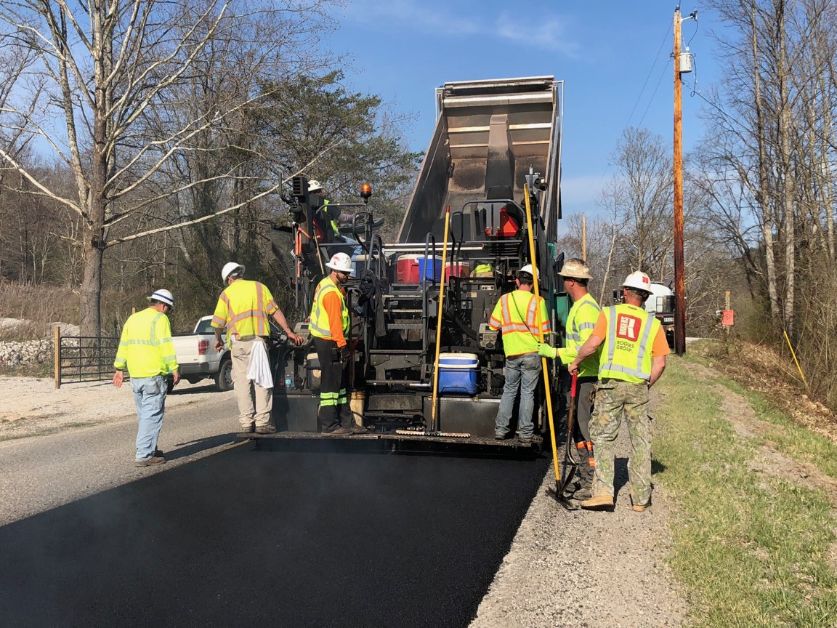 Justice offered some stats about Stinking Creek Road that averages more than 700 vehicles on it a day.  It’s 17 1/2 miles long and 13,000 tons of asphalt was laid down on it.  “Given that and the quality of asphalt, the road has a good life expectancy,” said Justice.  He added that thermoplastic pavement markings were used for the lines and stripes on the road making it much brighter.  The final cost of the project is $ 2.2 million, according to Justice.

Even though this is a county road, the fact that it becomes a bypass for I-75 and Hwy 25W travelers on occasion helped sell the project to the state.  “This project was 100 percent  state funded,” said Justice. 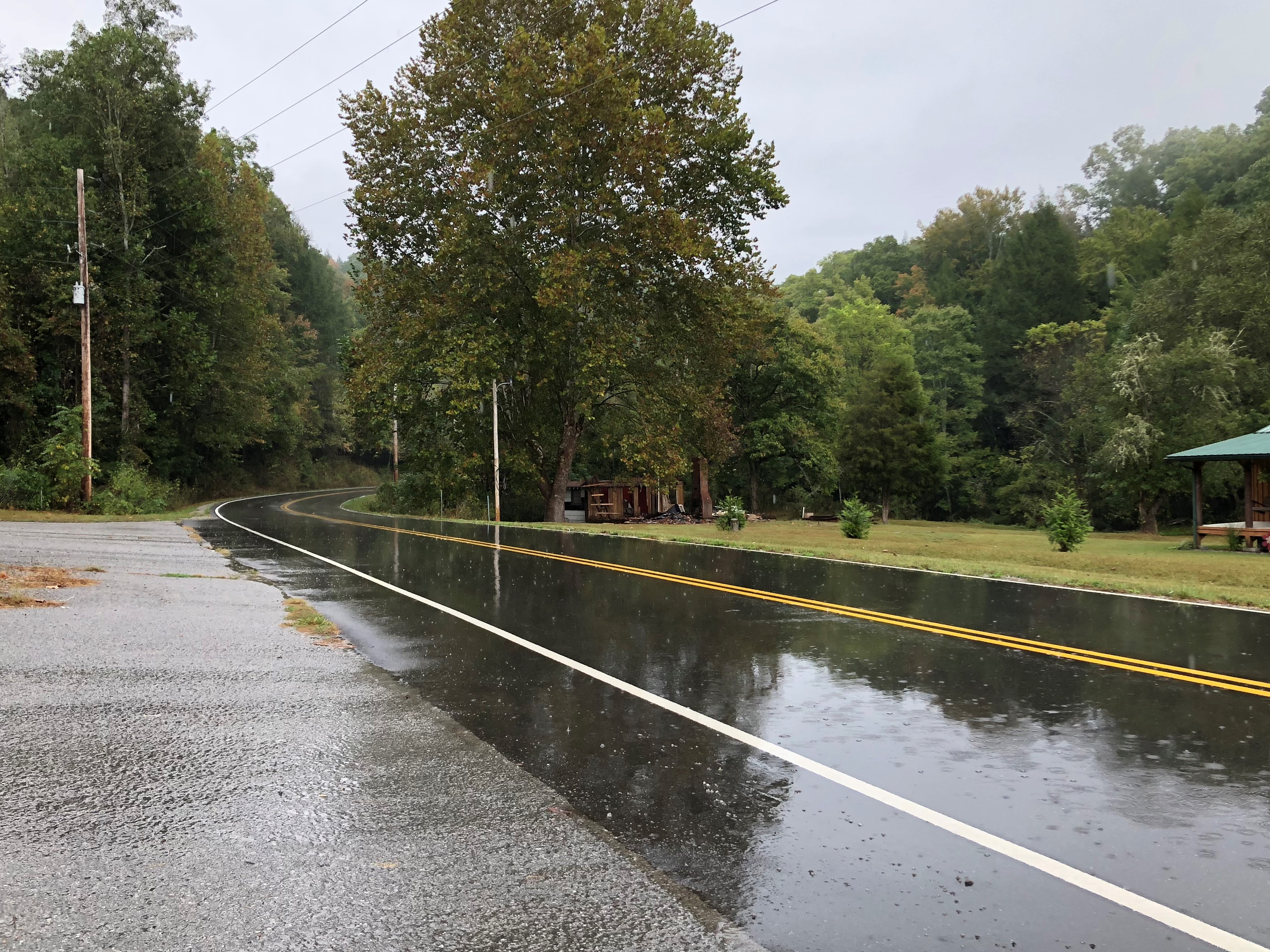 Dilbeck said that Justice’s total of 735 cars a day on Stinking Creek Road is bound to grow especially during leaf looking season.  The new pavement has already made mowing and upkeep on the road easier he added.  Dilbeck said, “Come snow and ice season, the refurbishment of the road will really help there, too,” said Dilbeck.

The project that was said could never be done is now officially done.  (WLAF NEWS PUBLISHED 10/09/2019-6AM)