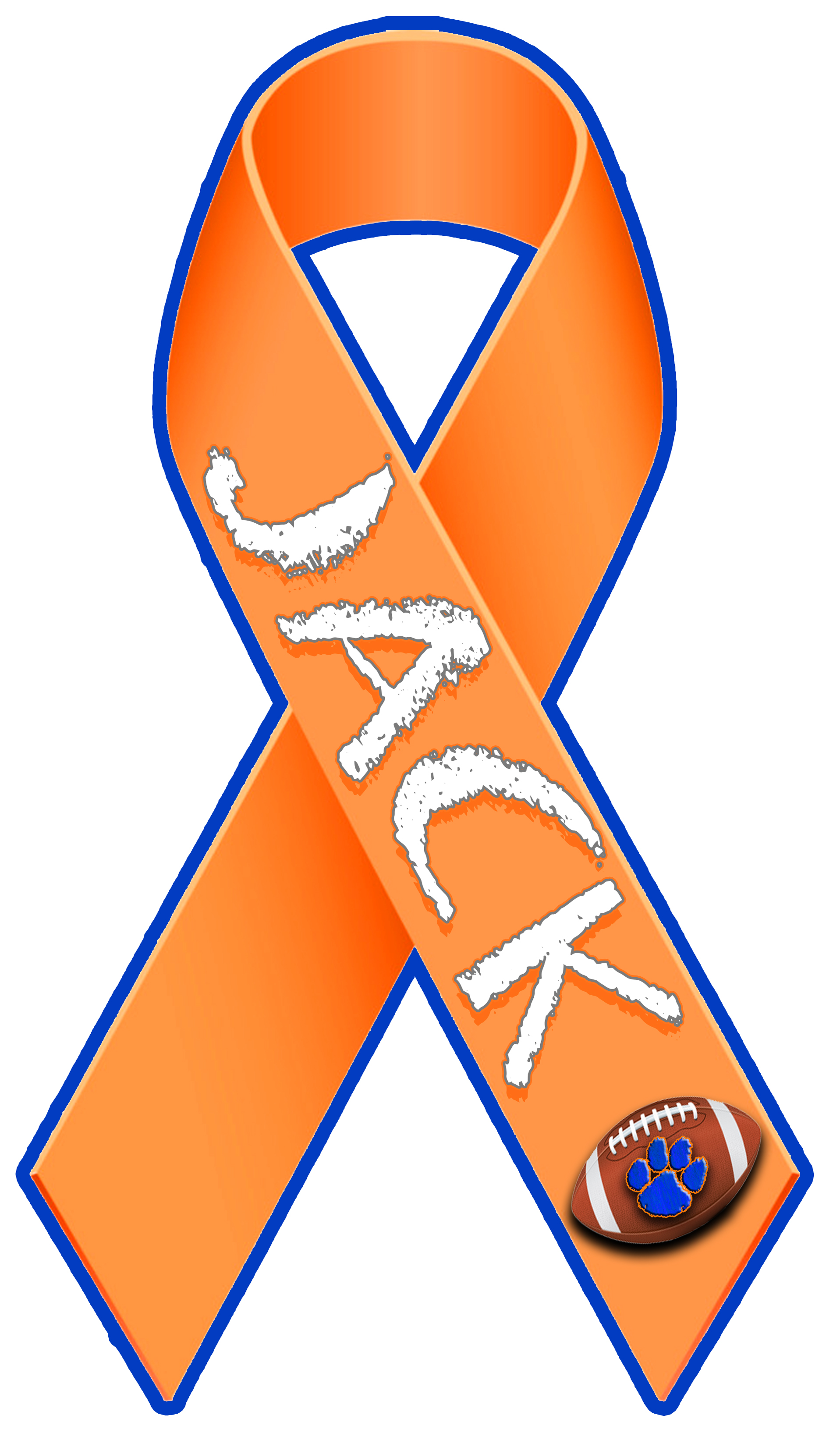 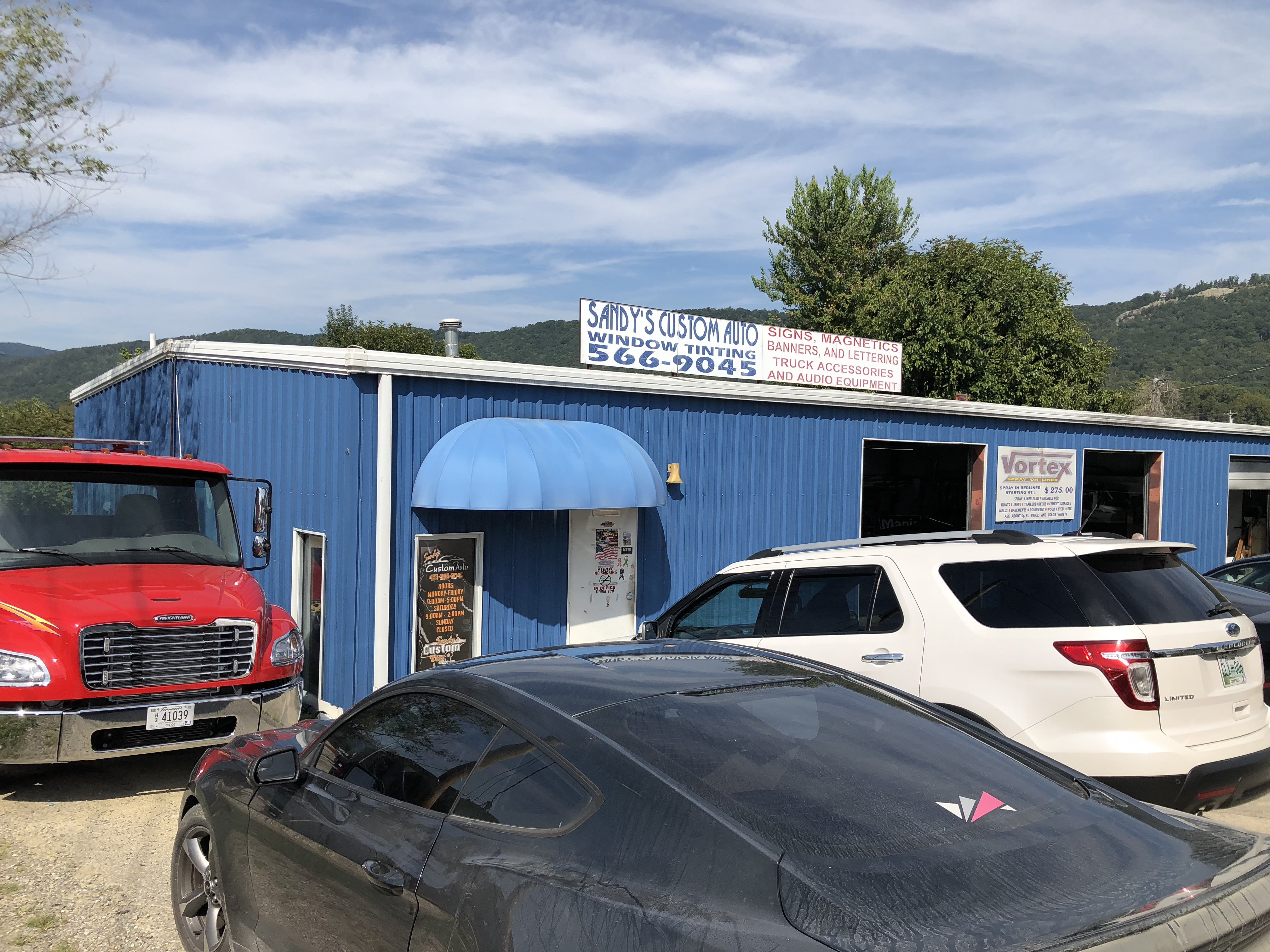 JACKSBORO, TN (WLAF) – It’s one of the busiest places around; Sandy’s Custom Auto on Perkins Lane at Jacksboro.  However, a few weeks ago, the brakes came on, and everything was put on hold for a short while.

That’s when Sandy Day and his daughter Kelsey went to work on creating a ribbon in honor of Baby Jack.  Jack is the six-month old son of Campbell High Head Football Coach Justin Price who was diagnosed with leukemia about a month ago. Kelsey Day shows where she created the ribbon.

Cougar Director of Football Operations Dwane Baird came up with the idea to do something to honor Jack and knew the color for leukemia was orange so he called Sandy and asked if he’d make some orange ribbon helmet stickers for the Cougars to sport on their helmets.  Sandy asked if it mattered if other teams wore them, too.  Baird thought that was a great idea; the more the better. 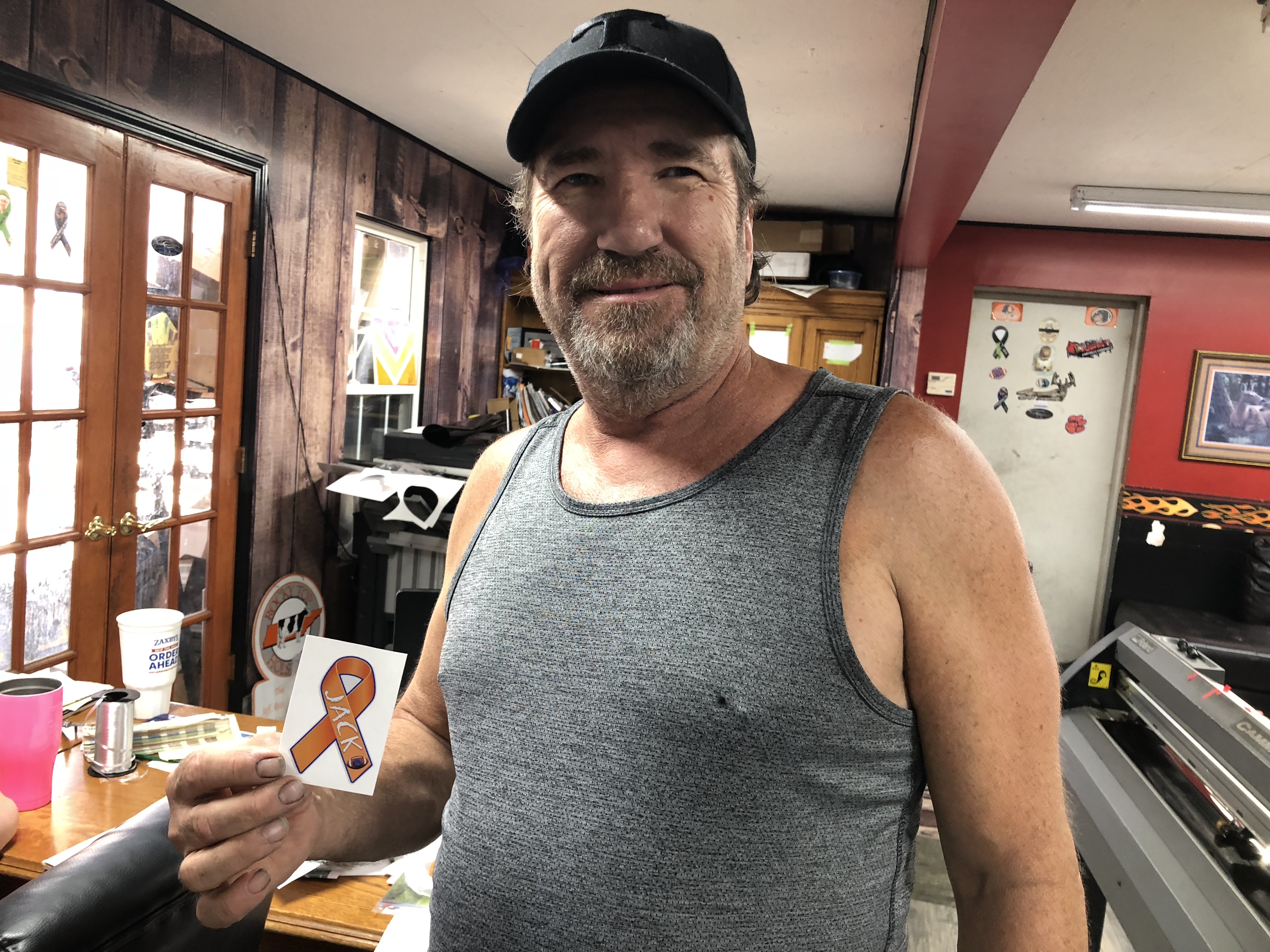 Sandy Day proudly displays one of the thousands of Jack decals.

Sandy and Kelsey had the decals ready, like the next day, on the Friday morning of the Cougars jamboree game at Neyland Stadium.  Day said the other county teams have Jack’s decals on their helmets; Jellico High, Jacksboro and La Follette Middle Schools and even the Little Cougars. Oak Ridge Wildcats RoDayvien Truss (ABOVE) and Loegan Foisy (BELOW) display their Jack decals on their helmets. Requests for the Jack decals spread across the coaching community from arch-rivals Clinton and Anderson County to Union County and Gatlinburg-Pittman.  Sandy, who became emotional, said, “Jack has touched a lot of people.  Jellico even had a white-out for Jack.  Channel 10 has the decal on the helmets of its high school scoreboard show.” The decals that have “gone like fire” number around 4,000 so far.  Day (ABOVE) said, “Anderson High sold a thousand-dollars plus of the ribbons.” The Days also created the big sign that is displayed on the Cougars locker room.

Cougar Assistant Head Coach Matt Price, the twin brother of Justin, said, “I think it speaks to our profession to the types of coaches we have in this area.  Everybody in our region, and even in the Nashville area, have called and got some of those decals on their helmets.  It means a lot of people are praying for Jack and for Justin and for our family, and they would do that for a lot of people and it just makes you feel good knowing that we have coaches who are teaching young men in times of trial to really step up and help any way possible.”  (WLAF NEWS PUBLISHED – 09/16/2019-6AM-PHOTOS COURTESY OF WLAF’S MATTHEW MOORE)