JACKSBORO, TN (WLAF) – On Tuesday afternoon around 3 pm, Campbell County Sheriff’s Deputy Nathaniel Bostic was notified of a possible intoxicated driver outside the sheriff’s office.    It was alleged that the driver of the vehicle, who was later identified as Haley D. Humphrey, ran over the curb outside of the county clerk’s office. When Bostic arrived, Humphrey was getting inside the vehicle from the passenger side of the car. Bostic then saw her get into the driver’s seat. 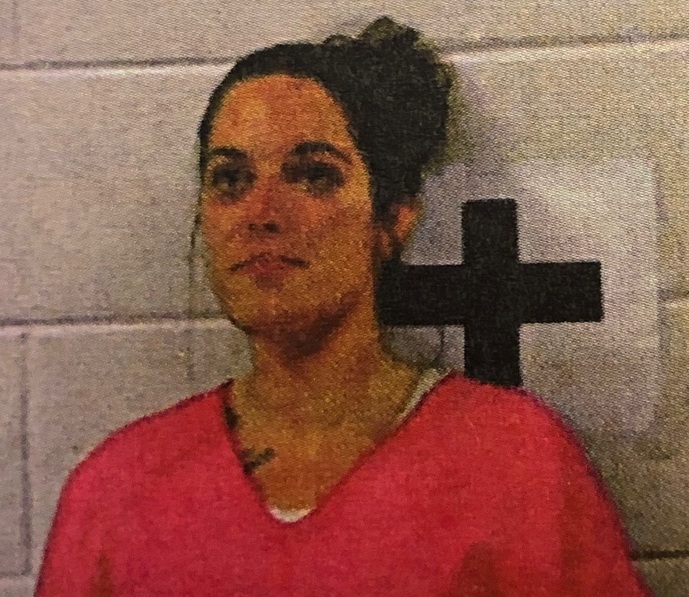 When Bostic went to the vehicle to speak with her, he allegedly noticed a hypodermic needle laying on top of the emergency brake. Bostic and Lt. Mallory Campbell from the Campbell County Detention Facility searched the vehicle and found a small baggy with a white powdery substance inside a small bag in the backseat, according to a report from the sheriff’s department. Bostic then found a blue bottle in the backseat of the vehicle with a clear baggy inside with a crystal-like substance consistent with Methamphetamine. Another small baggy was found in the vehicle with a small dissolvable strip with a cartoon character on it plus another half strip.

According to the report, 9 grams of cocaine, Methamphetamine .5 grams and one and a half strips of LSD were recovered from the vehicle.