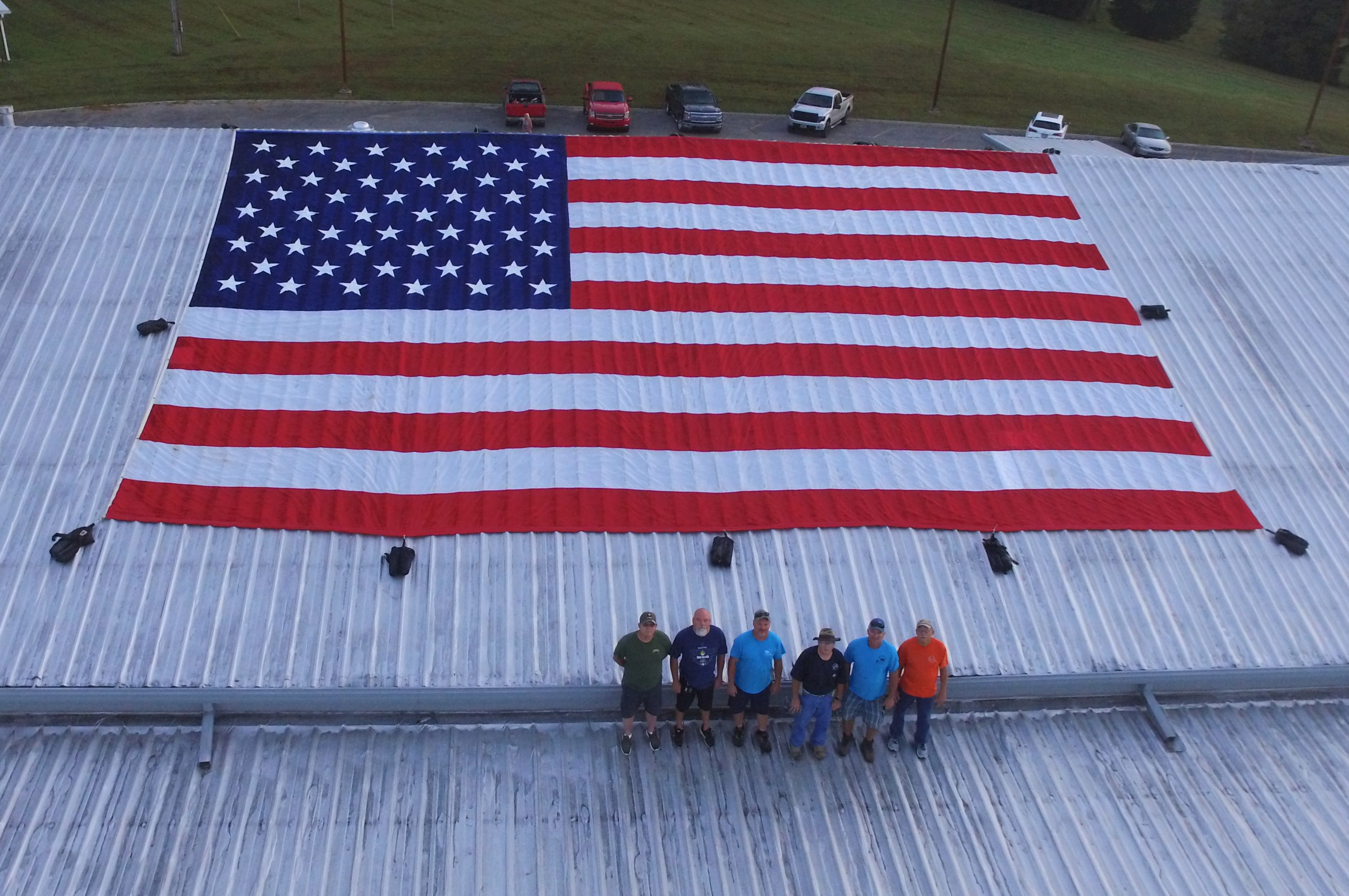 LAFOLLETTE, TN (WLAF) – It’s the 18th anniversary of the 9/11 attacks on our country.  Lt. Colonel Knud Salveson, U-S Army retired, with help from members of the La Follette Church of God and Pyro Shows (photo above) placed Old Glory on top of the church early on this Wednesday morning. 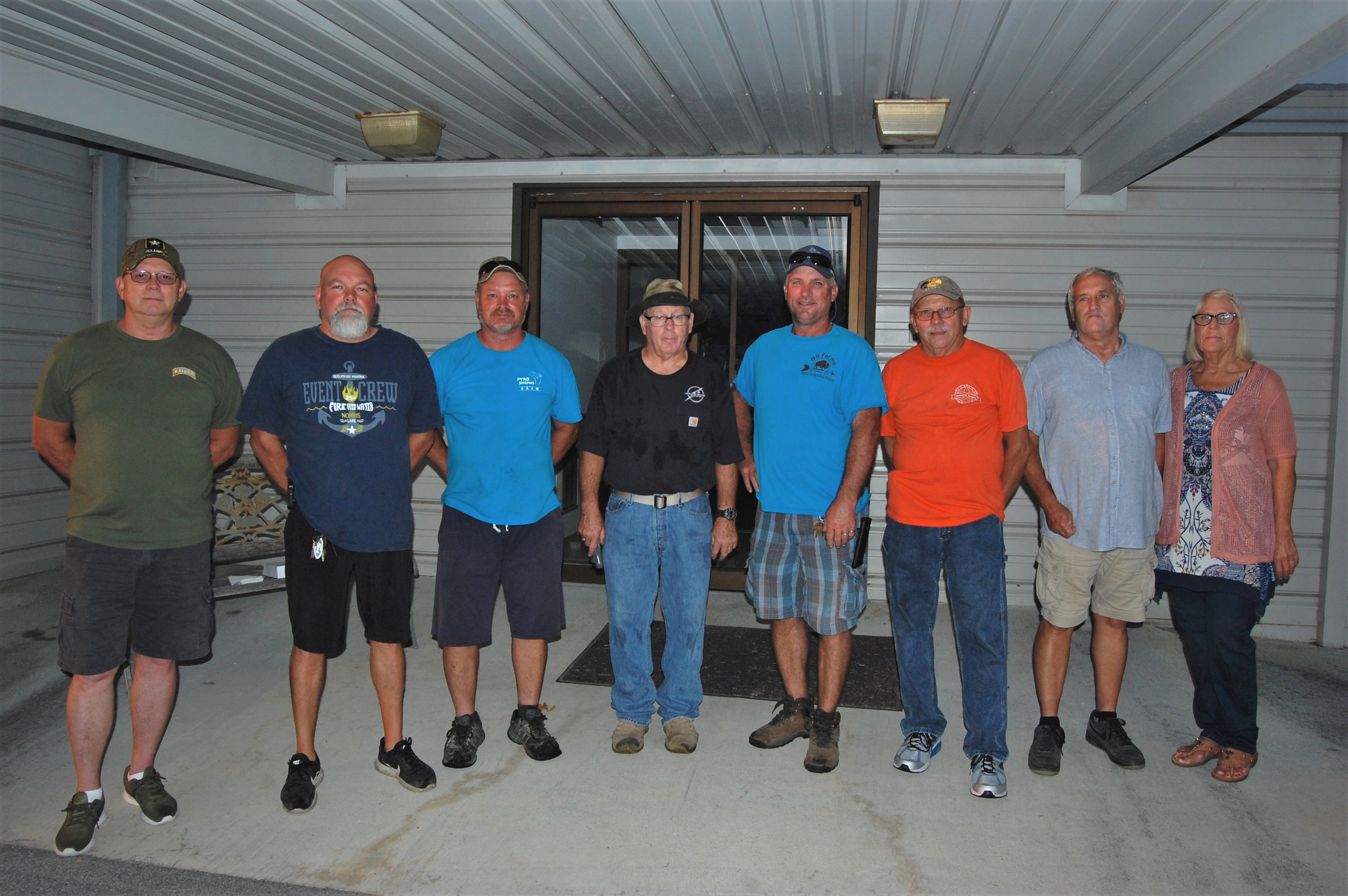 “I couldn’t let 9/11 go by without the flag,” said Lt. Colonel Knud Salveson, U-S Army retired.  Salveson adds that it took about an hour, starting this morning at 6:45 am, to place the flag and sand bags from Pyro Shows on the roof of the church’s gym.  The flag is 20-feet by 40-feet was put up quicker than the Colonel thought it would be. 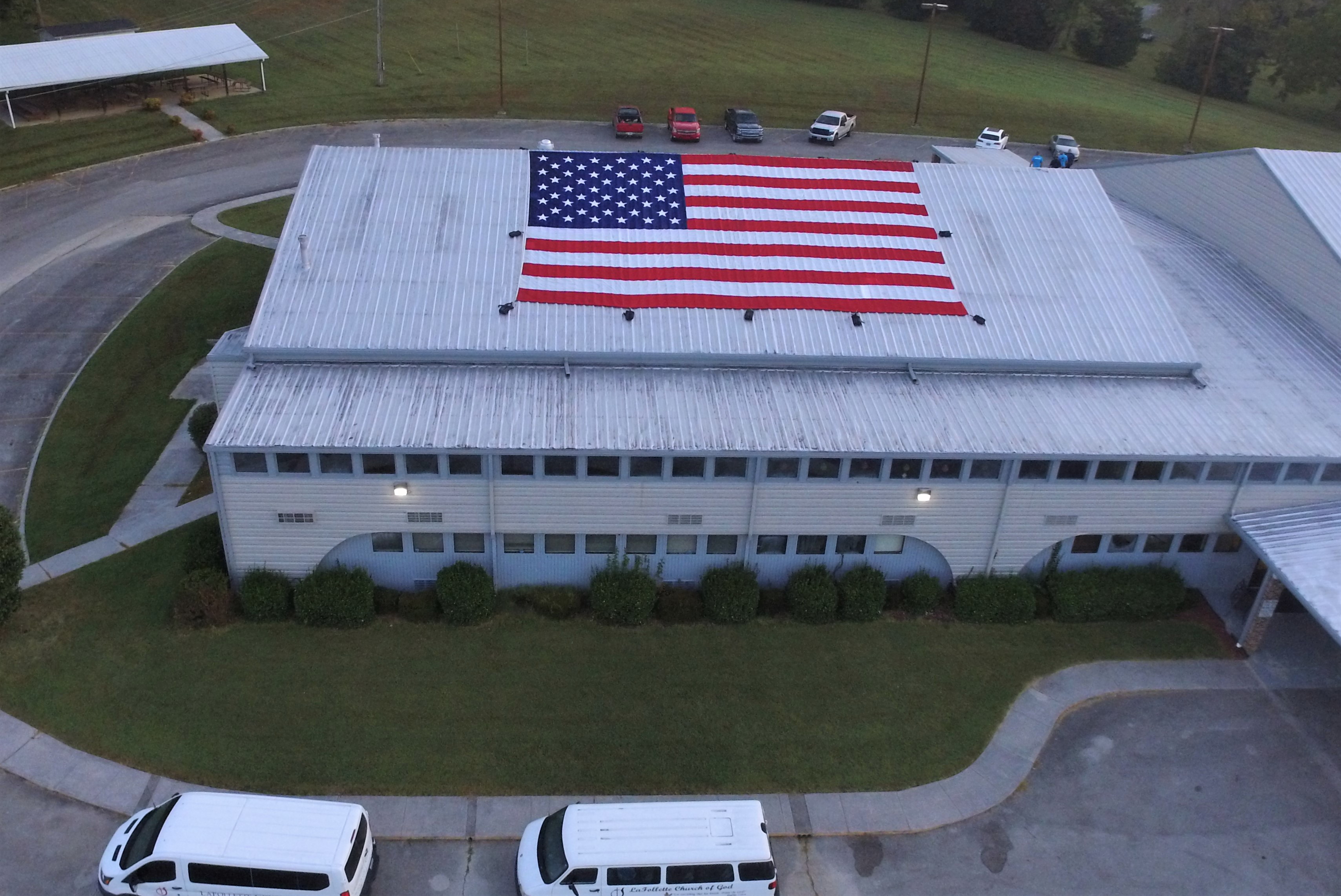 Salveson said he couldn’t remember if it was his idea or Tierney’s idea to put the massive flag on the church when they started doing it years ago.  (WLAF NEWS PUBLISHED – 09/11/2019-9:30AM-PHOTOS COURTESY OF WLAF’S CHARLIE HUTSON VIA EAGLE I)