TOP PHOTO:  Twenty-nine dogs were found living in squalor inside an Elk Valley home. This puppy was among the dogs surrendered by the woman living illegally in the home. 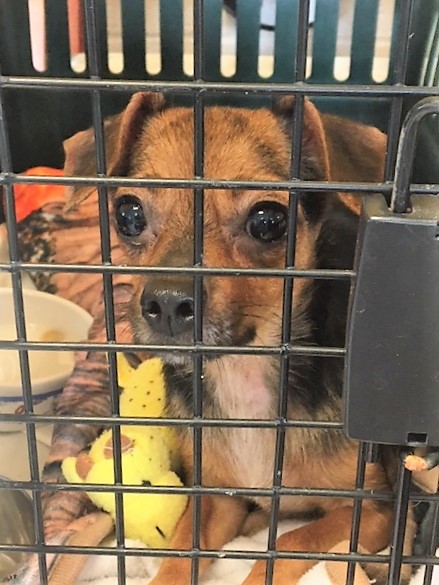 With the addition of the 29 dogs, the local shelter is “crazy full,” according to Patricia Siwinski, director of the Campbell County Animal Shelter.

PIONEER, TN (WLAF) – Twenty- nine dogs and a turtle were removed from an Elk Valley home yesterday afternoon as officials found the animals being housed in filth.

Officials were notified of the situation late Wednesday when a relative of a woman squatting in the home called 911. On Thursday, officials arrived braced for the worst finding the animals in a home covered in feces, littered with garbage and only dirty water to drink. 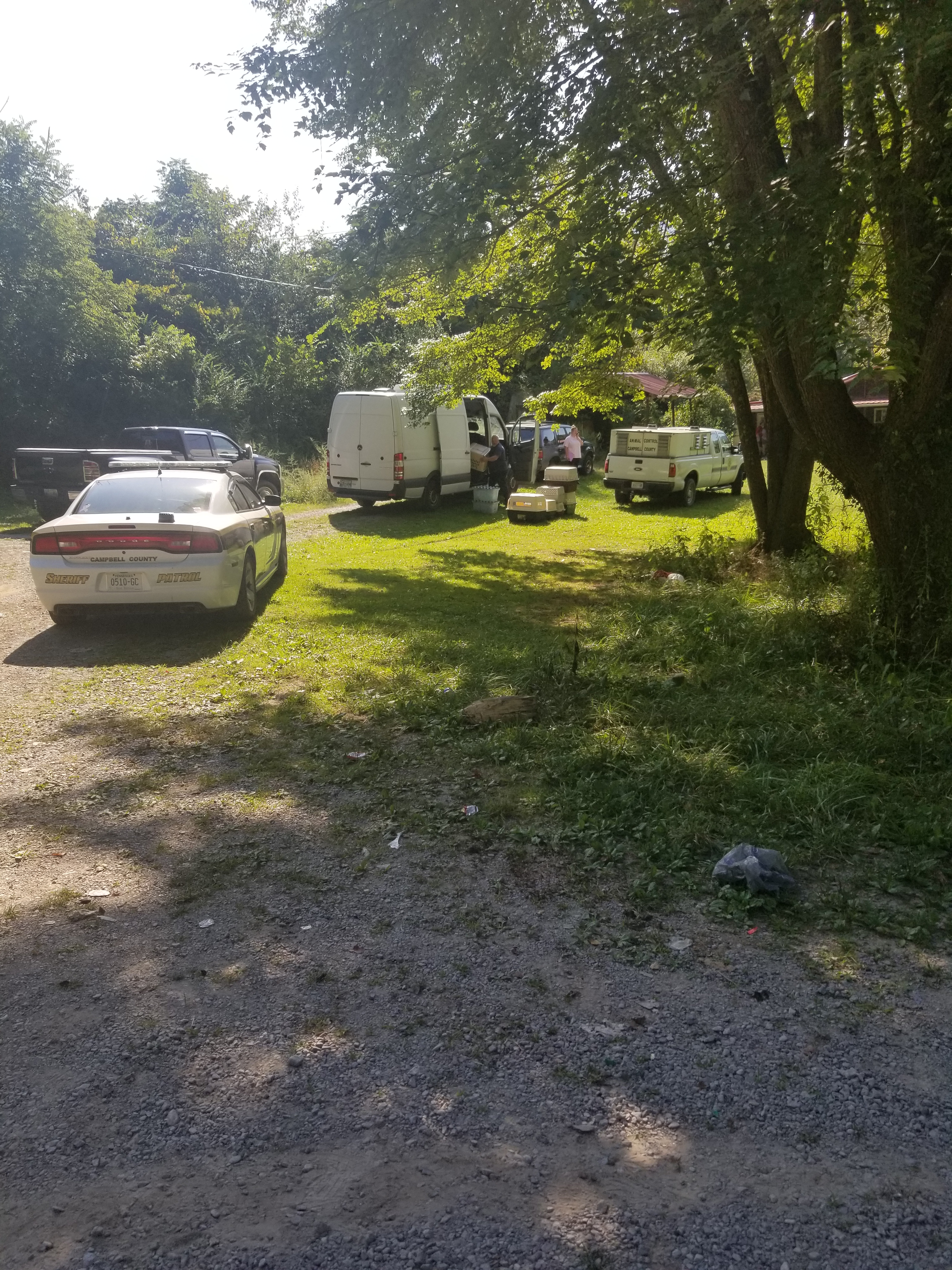 The 40- something- year-old woman was sleeping on a kitchen counter, in the home above, because it was the only relatively clear surface in the home, according to officials.

“She willingly surrendered the animals,” said Patricia Siwinski, director of the Campbell County Animal Shelter. “She thought she was doing a good thing.” When authorities explained to the yet to be identified woman why they were at the residence, she surrendered the animals, bringing them out of the home voluntarily, according Campbell County Animal Control Officer Scott Gunter.

The home, from outward appearances, looked to need only yard maintenance and trash removal, but as authorities approached the home, a strong smell of ammonia was detected, according to Gunter. A final walk through after the dogs were removed revealed sickening conditions. “This is one of the worst cases we have had,” said Siwinski. 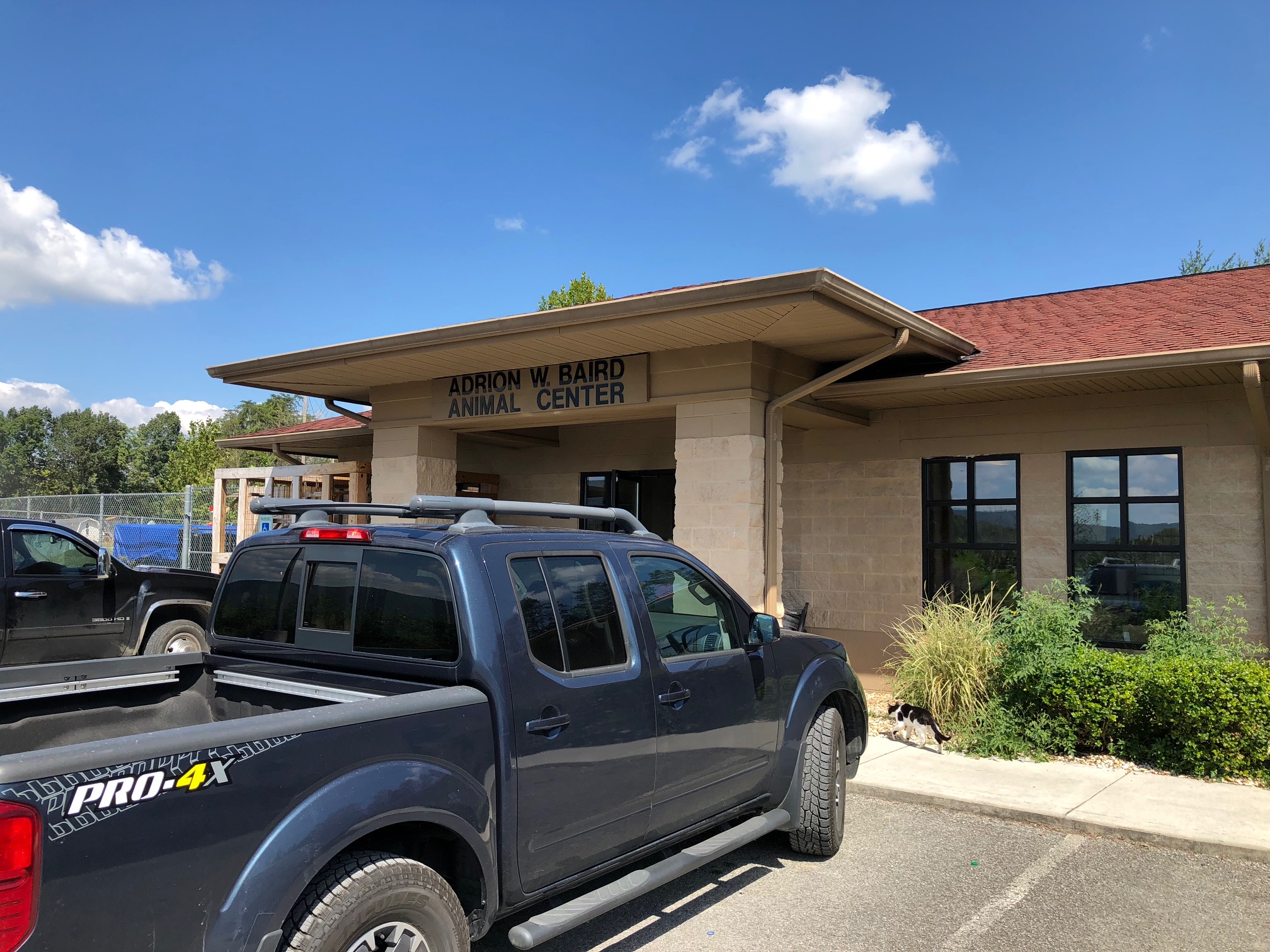 “None of the dogs has been spayed or neutered, vaccinated or well fed. The only dog food in the home was for adult dogs, and most of the dogs are puppies,” she said. The dogs are all small to medium breed sized dogs with Chihuahua and terrier blood. Two of the dogs are pregnant.

The unexpected arrival of the dogs has placed a strain on the animal shelter. With only 20 kennels and 17 dogs being housed there prior to the removal, the already not for profit shelter needs help.

Puppy food, canned dog food, canned pate` cat food and linens are needed to help the dogs through the next week. The shelter staff plans to conduct medical evaluations in the coming days to determine the health needs of the dogs. Siwinski said none of the dogs can be adopted until they are spayed or neutered.  Foster homes could be needed for the dogs, but she emphasized that no decisions, fostering or adoptions can happen until all of the dogs are seen by a veterinarian.

The woman at the center of this bedlam was still at the home Thursday evening when officials left. “She was to have someone pick her up,” Gunter said. 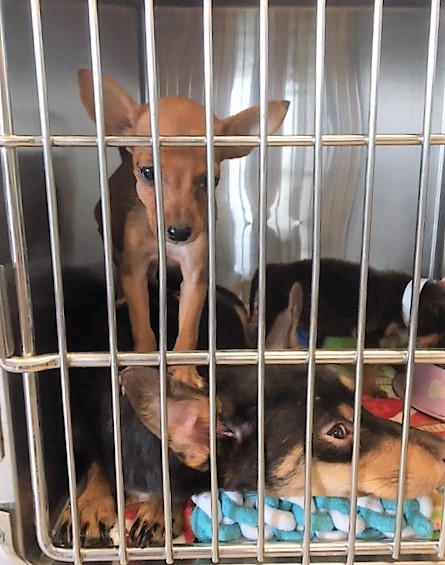 This dog and her puppies must be seen by a veterinarian before any decisions can be made.

As to whether charges will be filed, that is not known at this time.