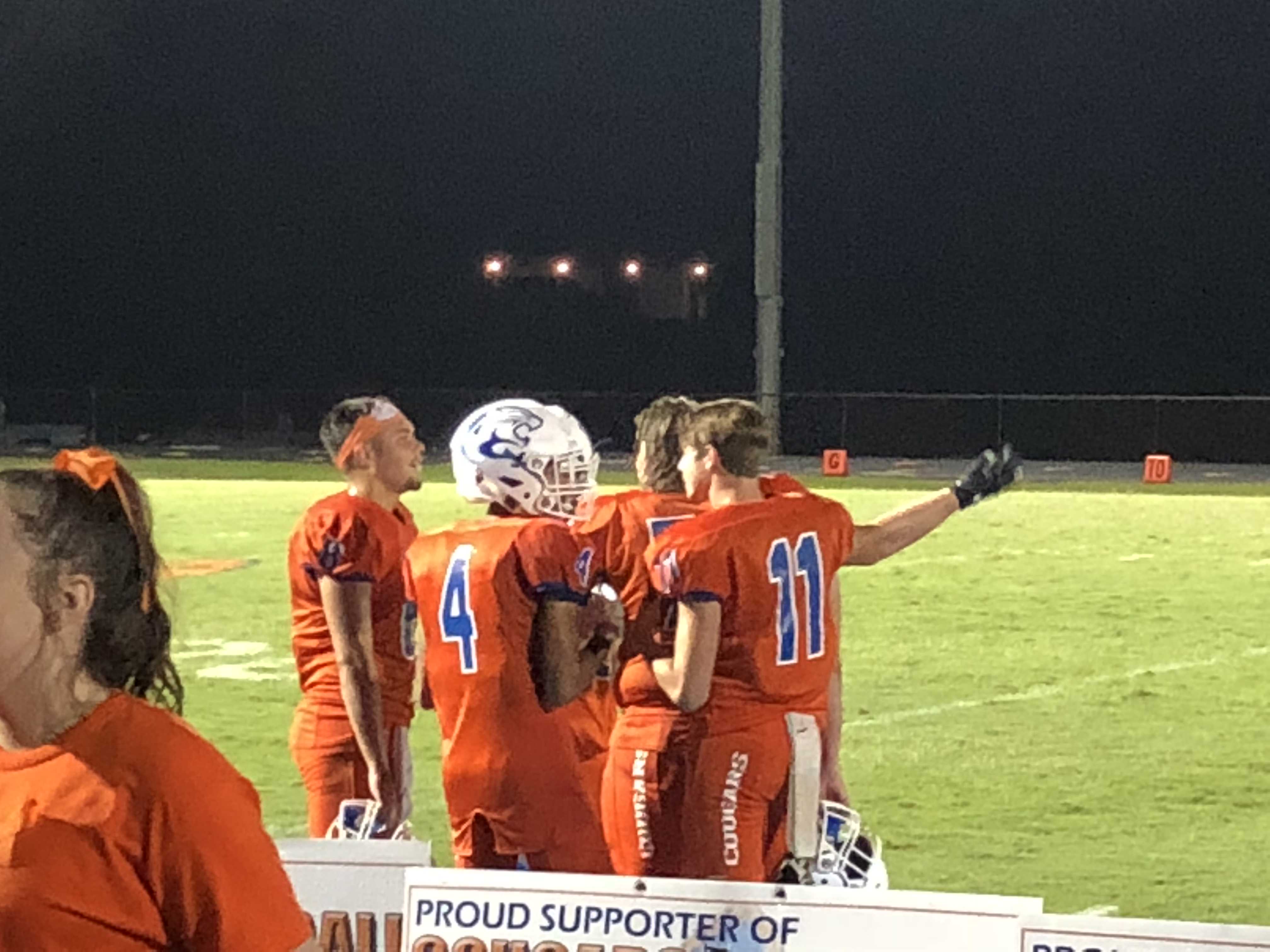 Call him the “Duke” of the end zone or the Land of Milk and Honey, as Paul Wright used to say.  Number 4 Devlin Dukes had a big night for the Big Orange.

JACKSBORO, TN (WLAF) – Forget the rain.  To heck with the lightning delays.  Campbell County won!  That win is all those who sat til the end in soggy clothes will remember.

Campbell County hosted a good Cocke County football team on a most emotional night for all those who wore orange.  And that was about everybody including Cocke’s coaching staff.

The night brought lots of good news.  Tiny Jack Price had a good day at Children’s Hospital as he had his first dose of a different medicine as he fights leukemia.  Jack’s daddy, CCHS Head Coach Justin Price, was able to coach tonight after leaving Jack’s side for a while to lead his team to victory.

Devlin Dukes hauled in two touchdown passes of 13 and 25 yards; both to the West end zone from the arm of Hunter White.  Thomas Johnson nailed both PATs.