CCHS senior majorette Cassidy Davis (above) catches her baton while junior Austin Lusk (below) back pedals with his bass.drum. 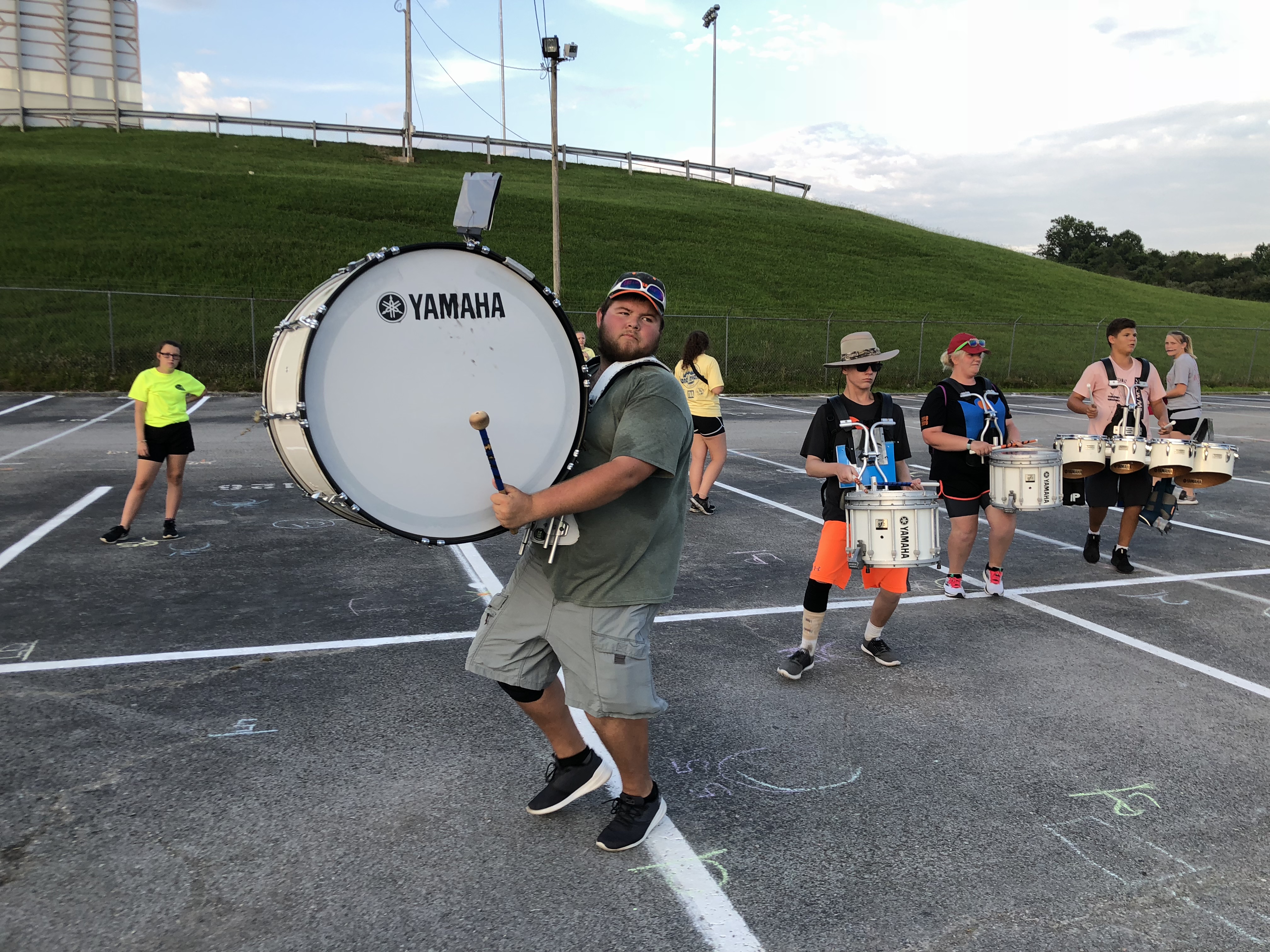 “This is the youngest overall group (of band members) I’ve ever had.  We only have six seniors; our two drum majors, one majorette and three playing an instrument,” said Wright.

“You’re supposed to be 14.  That’s midway between the hash mark and the front,” Wright reminded one section of the band as the band marched on the east parking lot of the school.  The routines are worked out on a lot that’s marked up with chalk reminders of where members are and are supposed to be on the pavement with regard to how it will be on an actual football field. 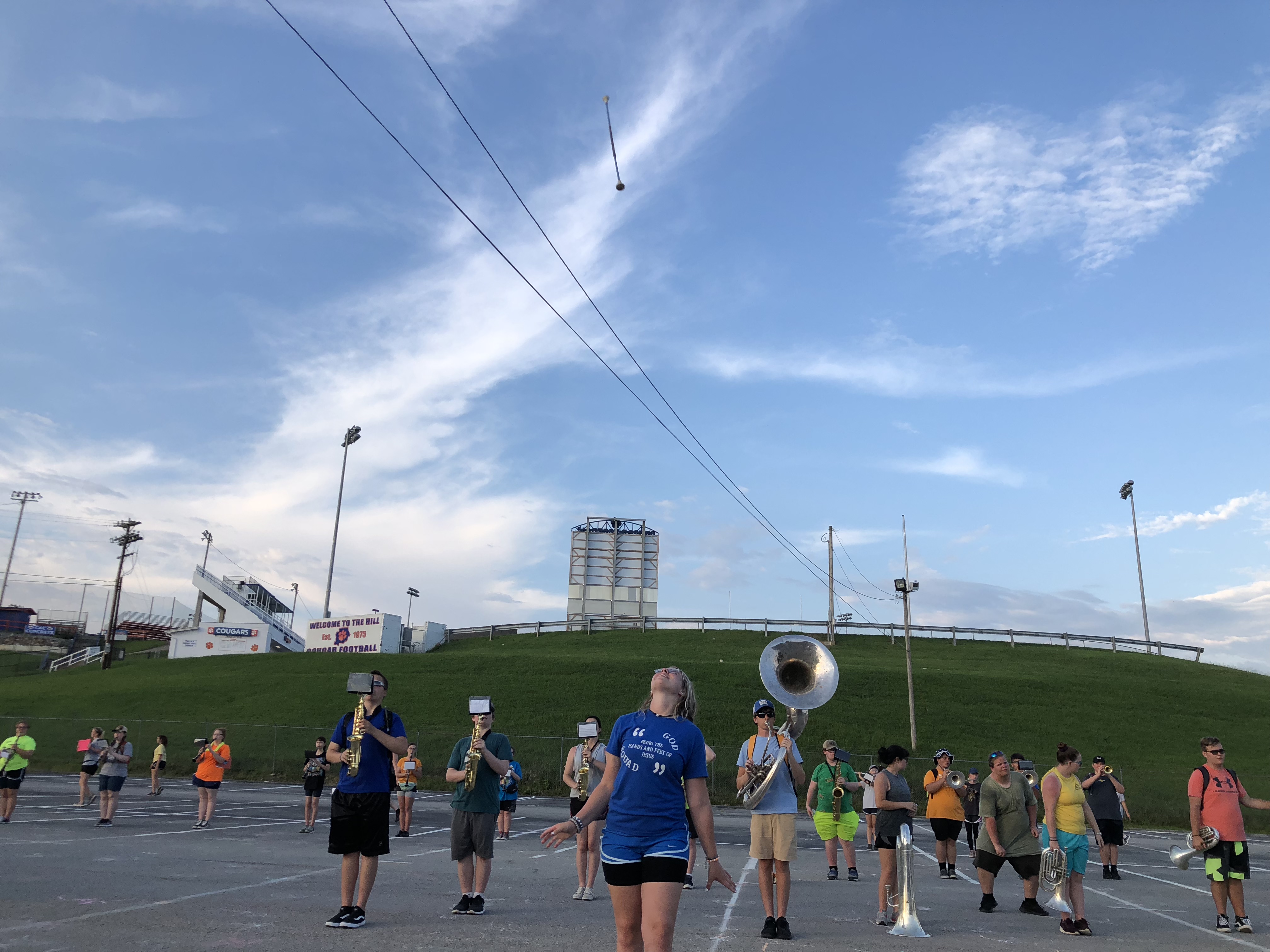 Band camp began on July 22 with morning and afternoon sessions while this week, camp shifted to afternoons and evenings and will go to evenings next week.  Wright,  in his sixth season, is pleased with camp so far calling this year’s band “most respectful.”

Wright is really excited for the 75-member band, including a 15-member flag corp, and has been blown away with its progress.  He adds, “Sitting and playing this is one of the loudest groups I’ve heard though they do need more reps of playing and marching.” 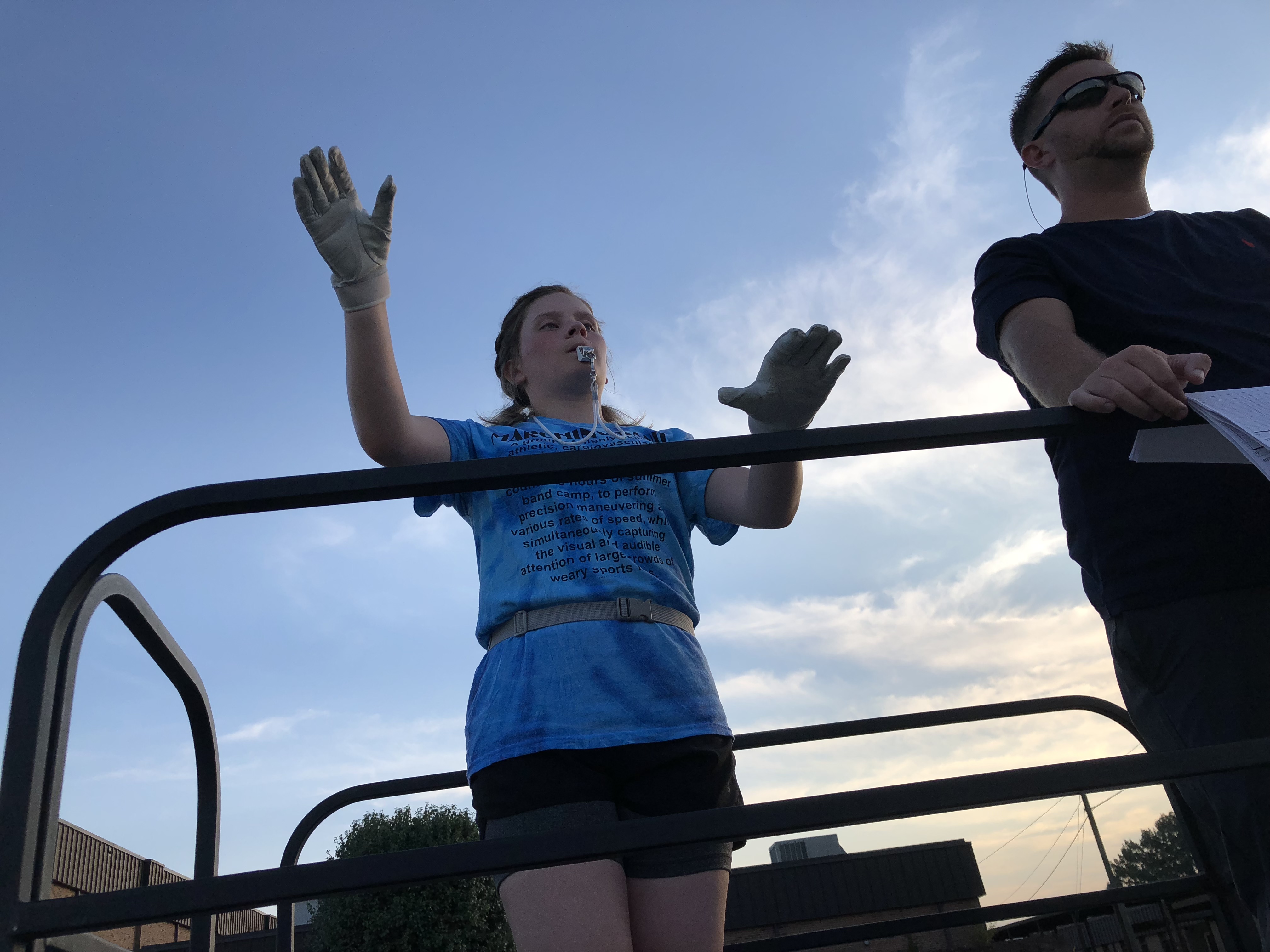 For a third-straight year, Campbell County has co-drum majors.  Brooklynn Williams directs above with CCHS Band Director to her right while Kimberly Cox directs below.  Both are seniors.  Cox has a freshman sister, Cassadie, who plays the trumpet for the Cougar Band. 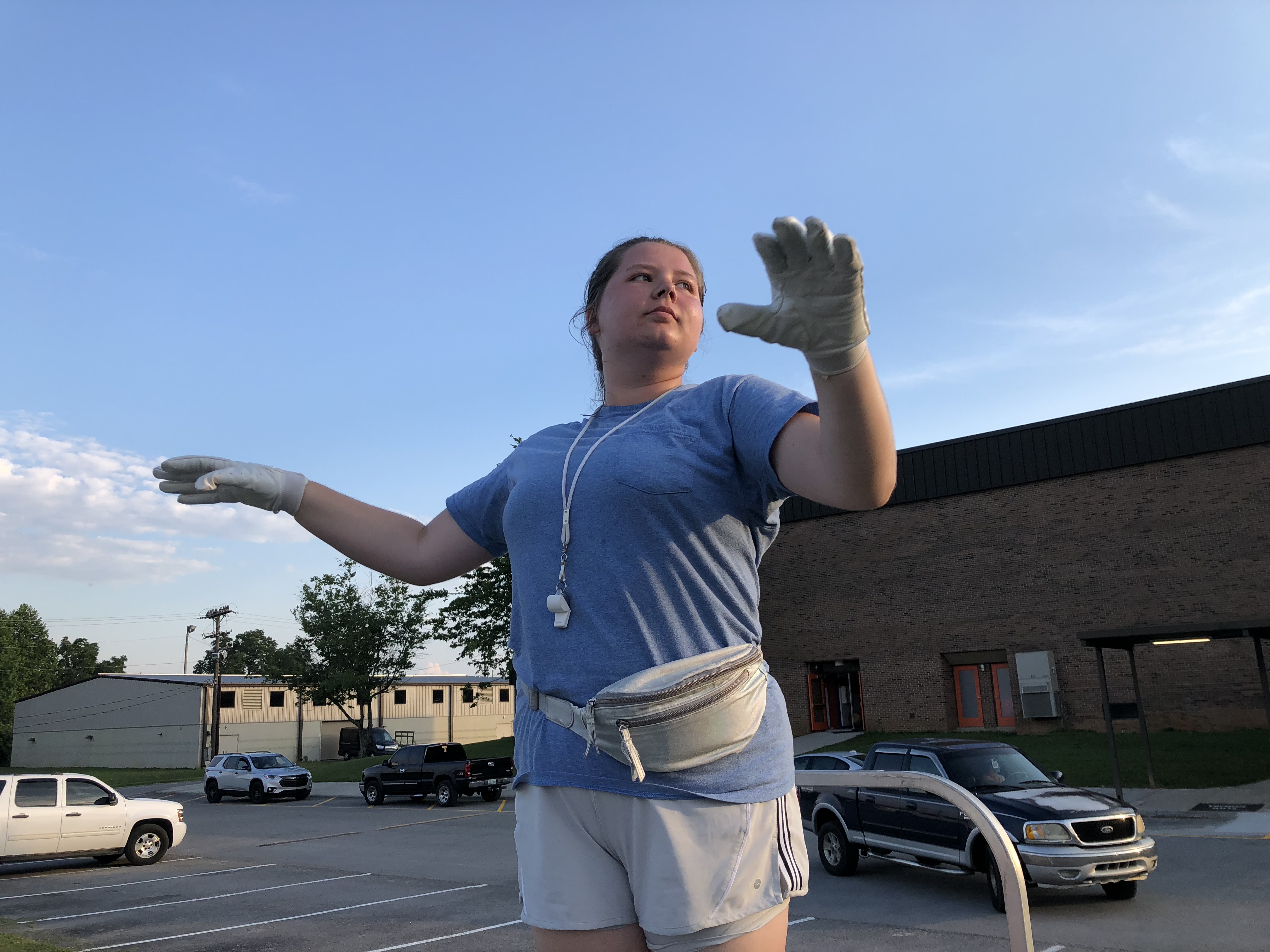 On Monday evening is the 45th version of the Campbell County High School Marching Band  annual parents performance. The performance allows the families to see the full show the Cougar Band will be performing this season at CCHS Football games.

Wright wasn’t quite ready for his summer break to end, but once he met with band members to start camp, he was ready to go.  He said, “I’m so blessed to be able to do this, and I’m really excited for this group.  They’ve made so much progress.” Don’t be caught off guard, especially at Cougar home football games, if there are reports of Elvis sightings as the CCHS Marching Band pays tribute to the King.  Though it’s doubtful jelly donuts will be added to the concession stand menu. (WLAF NEWS PUBLISHED – 07/31/2019-6AM)