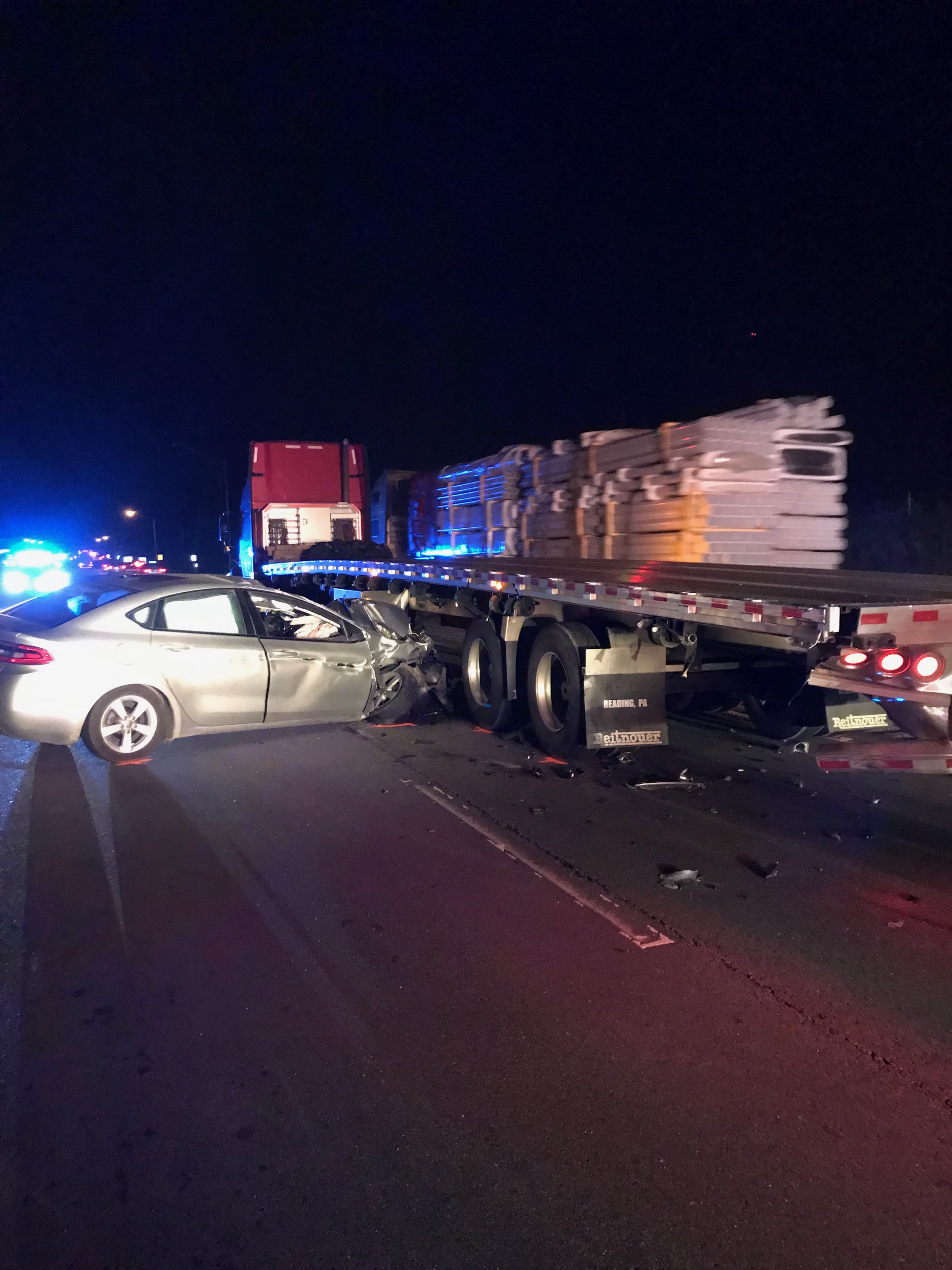 CARYVILLE, TN (WLAF) – A late Thursday night wreck involving three vehicles sent two people to the hospital.  At 11 pm, just before the Huntsville-Oneida Exit 141, on northbound I-75, two cars and a big rig wrecked.   Two people in the car (TOP PHOTO) that ended up under the flat bed were sent to the hospital with non-life threatening injuries while the occupants of the 18-wheeler and the other car were not injured.  Multiple agencies responded to the accident that shutdown both northbound lanes for about two hours as traffic crawled by on the shoulder.  The Tennessee Highway Patrol handled the mishap with the Caryville Fire and Police Departments on the scene along with the Campbell County Sheriff’s Department and the Emergency Management Agency.  (WLAF NEWS PUBLISHED – 07/19/2019-8AM-PHOTO COURTESY OF CARYVILLE FIRE CHIEF EDDIE HATMAKER)